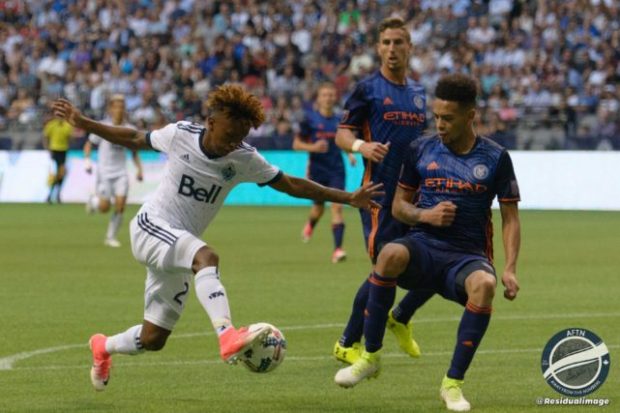 The calendar is just about to hit September, and the Whitecaps’ 2019 season is – mercifully – nearing its official conclusion. Only five matches remain, four of them at home, none of them with any real significance for a team that seems destined to finish with a bottom-three record in MLS.

So then, who’s excited for Saturday? It’s a fresh matchup at the very least, as New York City FC are the visitors to BC Place this weekend. Because the ‘Caps only face Eastern conference teams once a year, this is their first meeting with Yankee Stadium’s finest since last August, and NYCFC’s first trip to Vancouver in over two years.

That 2017 meeting was a 3-2 victory, with Yordy Reyna heading home a late winner in his home debut. Last year’s clash was a smash-and-grab 2-2 road draw that saw Erik Hurtado score a late equalizer despite the ‘Caps only managing 27% possession. We’ll see if the ‘Caps have any magic in them for a third-straight meeting with the Pigeons.

A glance at the line-ups for those games also shows just how many players the ‘Caps have churned through in just two years. Only five current ‘Caps players – Reyna, Fredy Montero, Jake Nerwinski, Russell Teibert, and Brett Levis – appeared in either of them, and Reyna is the only one who saw the field in both. Meanwhile, NYCFC have eleven players who played in either of their two previous matches with the ‘Caps, and five who appeared in both.

On top of that continuity, NYCFC – despite being the away side – has a bit of a travel advantage. As documented by both Nerwinski and Scott Sutter on Twitter, the ‘Caps scheduled flight home on Thursday was cancelled, while NYCFC had already landed in Vancouver the previous day. Whatever fatigue the ‘Caps might have already had from their midweek clash with the Impact will surely be increased by delays like this.

Appreciate the schedule @mls Away game last Saturday at San Jose. Straight to Montreal for last nights game. Now our flight has been cancelled back to Vancouver 2 days before our @NYCFC game. Who by the way have been in Vancouver preparing since yesterday. 👏🏽😠 #VAR

There are two obvious issues here. First, without even discussing the types of flights involved, it seems supremely silly to have a team go coast-to-coast-to-coast while playing three matches in a week. Long road trips might not be ideal either, but if you’re going to have teams play on the opposite coast multiple times a year, it would make more sense to have them clustered together instead of forcing everyone to hop back-and-forth across the continent like this.

Also, the fact that an entire team is stranded due to a random flight cancellation should be embarrassing for the league. Players raging against MLS flight patterns (see Rooney, Wayne and Parker, Tim) is nothing new, and be prepared for it to be a central topic at the next round of MLS CBA negotiations.

On that note, the MLS Players Association is clearly gearing up for the offseason, as they have just launched a social media campaign with the hashtag #IAmTheMLSPA, with dozens of players including Sutter, Jozy Altidore, Jonathan Osorio, Matt Hedges, and Sacha Kljestan among others making coordinated posts in support of the organization. We might see a couple fireworks fly this winter.

But that’s for the future: we’ve still got a game on our hands this weekend – assuming the ‘Caps manage to make it to BC Place in time. After the loss to San Jose Marc Dos Santos made three changes against Montreal, with Jon Erice, Michaell Chirinos, and Tosaint Ricketts replacing Andy Rose, Fredy Montero, and Theo Bair, and after another loss he might be tempted to shake things up further.

The centre-back duo of Doneil Henry and Derek Cornelius did not cover themselves in glory against the Impact, especially on the host’s first goal, and Érik Godoy is a logical option to step in for either of them if he has recovered from the muscle tightness he has been suffering from the past two matches.

Similarly, any one of Reyna, Ricketts, Montero or Bair could line up at striker, with Chirinos also looking to become a regular in the starting XI.

Looking at the visitors, NYCFC have won three straight, including a big 2-1 win over crosstown rivals NYRB last weekend, pushing them up to third in the East and just one point behind both Atlanta and Philadelphia. Forwards Héber and Valentín Castellanos both have three goals in their last three matches, and as a team New York have only been shutout once since April.

Usually I end my previews with one more brief blurb about what this match could mean for the Whitecaps, and try to come up with some snappy line to finish. But at this point it’s hard to make any ‘Caps match meaningful, which is one of the most damning parts of a season this dreary. 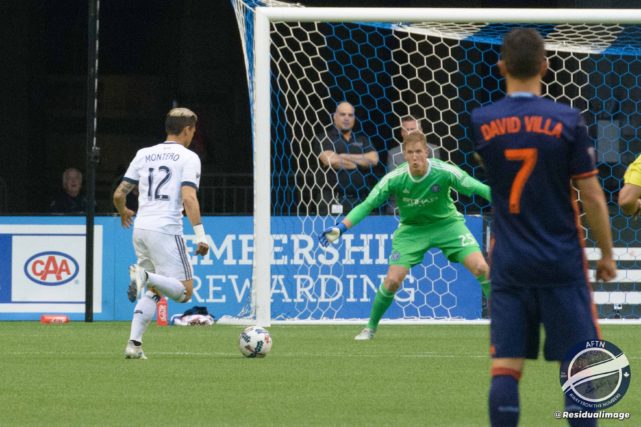