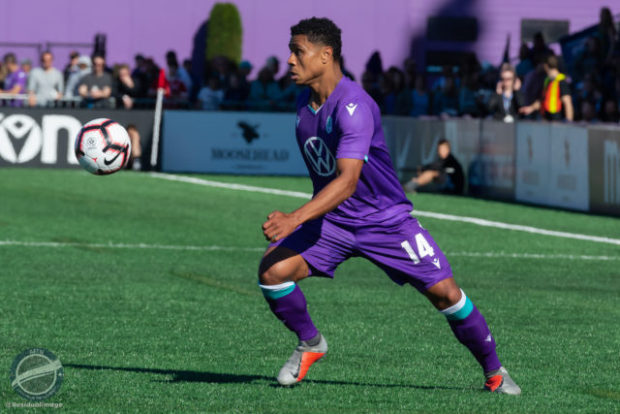 The former Whitecap hit his ninth goal of the year when he fired the islanders ahead at Spruce Meadows on Wednesday evening, extending his lead over Forge FC’s Tristan Borges to two in the race for the first even CPL Golden Boot.

Campbell has come into his own this season, stepping into the starting striker role vacated by the injury ridden Marcus Haber, and cutting a confident figure on the pitch. The results have been clear to see, so has the season gone even better than he could have imagined?

“I don’t think so,” Campbell told us after last Saturday’s win over Valour FC. “I didn’t imagine scoring so many goals but as a striker it’s your job and I’m just happy that I’ve been able to do so.”

Campbell’s goalscoring prowess won’t have come as a surprise to anyone that watched his development through the Whitecaps ranks. He had always been a prolific scorer at youth level with the Whitecaps Residency, although the goals hadn’t come as freely when he made the move up to the adult ranks with WFC2 in the USL.

Signing a USL deal with the Whitecaps late in the 2015 season, Campbell went on to make 34 appearances for WFC2 in his two and a bit seasons with them, hitting three goals and adding three assists. The nature of the team being what it was, Campbell found himself in and out of the starting line-up, struggling to find consistency and bring the scoring he was known for as a result.

When WFC2 was wound up at the end of the 2017 season, Campbell was one of the few Whitecaps players that headed to the then newly arranged USL partnership the club had with Fresno FC, but it wasn’t the happiest time for the 20-year-old, or the other ‘Caps that had headed down there, and he found it hard to establish himself in the first team mix making just a handful of appearances (seven in total, five league and two cup), logging only 42 USL minutes, and adding a solitary goal and an assist in a US Open Cup tie win over Orange County. 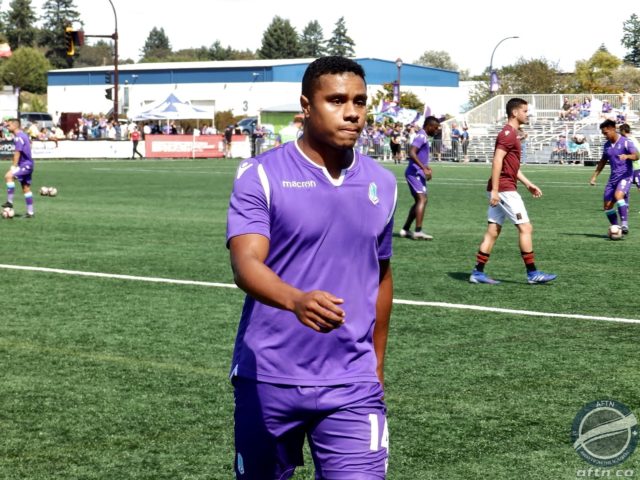 He was eager to return home and once back in more familiar surroundings in Canada with Pacific FC, the goals have returned as well.

“I think it’s [getting the regular] minutes, but as well just having that confidence and belief from the club,” Campbell feels. “That’s helped me out a lot. Also just getting into a good comfort zone.”

Watching from afar, the Fresno partnership was far from ideal for the Whitecaps players, especially the young Canadians. You can argue that it was good for some of them to be in a different and more testing environment, ripping them from that comfort zone of being the in the ‘Caps system since they were 12-years-old, but ultimately it failed them.

All of them have moved on, with Campbell, Matthew Baldisimo, and Noah Verhoeven all landing back in British Columbia with Pacific FC.

For Campbell it’s a move that’s invigorated him, as you can see from his performances on the pitch. Aside from leading the scoring charts, he’s third in the league for shots (35) and has caused a lot of problems for CPL defences across the country, impressing his more experienced strike partner Haber in the process.

“T has done really well,” Haber said of Campbell. “We always knew he could finish. He doesn’t need that many chances to score but he’s really improved his link up play and his work for the team and you can see from the beginning of the season till now, he’s contributing in other ways. So if he’s not scoring, he’s holding the ball up. He’s a physical specimen, so he does a good job out there.”

That physicality has always been a huge asset for Campbell. Difficult to get off the ball, especially at youth level, his bulk defies his pace and he can be a misleading player for opposition defences to deal with.

It took him a few matches to get off and running in the CPL, his first goal was at HFX Wanderers in a 2-1 defeat on June 1st, but since then they’ve been flowing thick and fast.

What he’s needed is that veteran presence to take him under his wing, share experiences, and help bring on the other aspects of his game. At Pacific he’s found that in Haber. 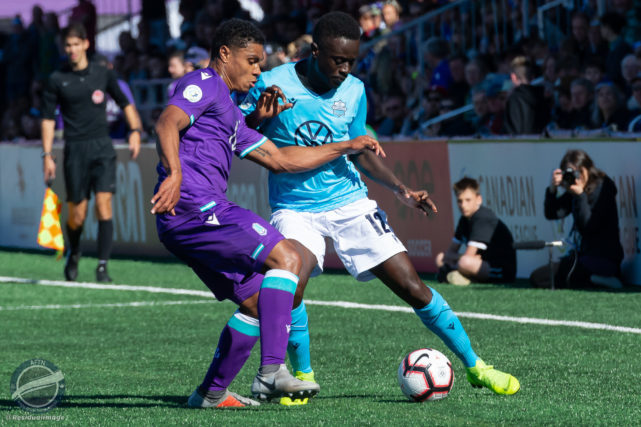 It’s been a difficult season for Pacific FC all round. With nine players aged 21 and under, including Campbell, they have one of the youngest squads in the league. Tricky to manage at the best of times over a long and grueling season, but when you factor in a team crippled by injuries from the preseason onwards, many of them to key experienced personnel, it’s been something of a nightmare for head coach Michael Silberbauer.

Those injuries look to have finally abated and Pacific have a full squad to select from once again, aside from the season ending injury to veteran left back Marcel de Jong. It’s no coincidence then that the club are currently enjoying their best spell of the season, with three wins, just one defeat, and 11 points taken from their last six matches.

That form has seen Pacific move into 5th place in the CPL Fall Season standings, just five points off the top spot and giving them a belief that they can make a serious late push in their last nine matches.

“We actually had a full roster [against Valour],” Campbell said. “So that was really good to just have options. Having our backline back together and regrouping with the whole core of the squad.

“I think we’re a team that is capable of doing anything. We’re on a good road right now.” 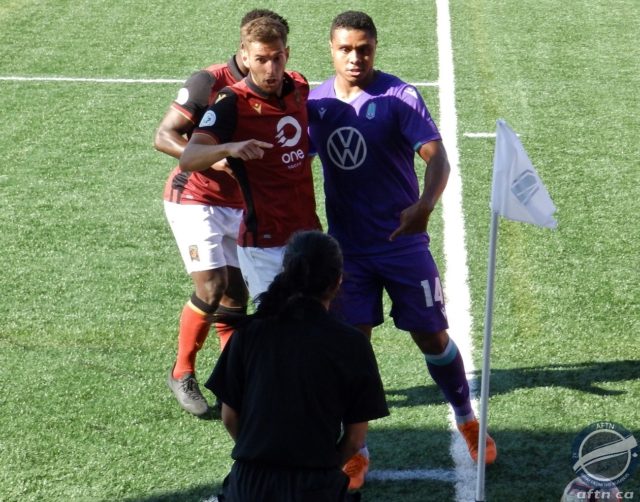