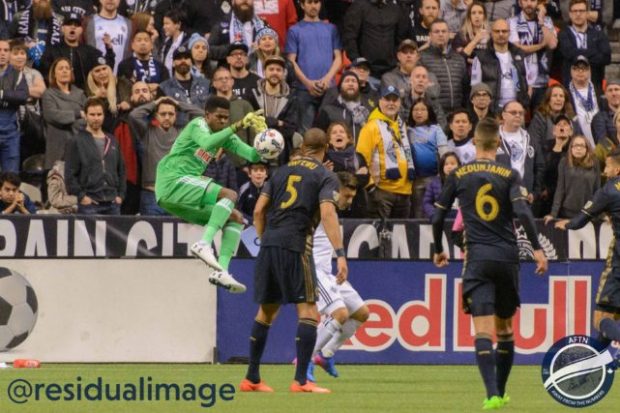 The loss to Orlando is a bit more excusable than the one to the Galaxy, as it came at the tail-end of a brutal stretch that saw the ‘Caps play three matches in nine days; nine days during which they travelled nearly 10,000 miles, or around a fifth of their total mileage for the entire season. That’s a sizeable amount of travel, but the good news is that the team has now had the better part of a week to recuperate and are now looking at six of their next nine matches at home.

The first opponent of this more home-heavy set is Philadelphia, who are currently sitting pretty at 4th in the East with a 4-3-1 record. The Union have scored twice as many goals as the ‘Caps (not a monumental task, to be fair), and have a goal differential of +3, which is 3rd in the East but only 9th in MLS (the top portion of the West is looking pretty strong so far).

There was a reasonable amount of squad rotation against Orlando, with a switch to a 5-3-2 and the omissions of Maxime Crépeau and Jon Erice for the first times this season. I would imagine that both of those two will draw back in on Saturday – though Zac MacMath had a very solid performance in his first start – and that we will see the 4-3-3 once again.

Despite the aforementioned squad rotation, the backline remained relatively consistent, as all three of Doneil Henry, Érik Godoy and Ali Adnan started for the fifth straight match (Henry and Godoy have started all eight, the only players to do so). Scott Sutter’s performance last weekend means Marc Dos Santos’ right-back conundrum is far from solved, and in my eyes it’s a toss-up between Sutter and Jake Nerwinski for the start against Philly.

In midfield, Inbeom Hwang is a lock to start, while – as I stated earlier – I expect Erice to slide back into the number 6 role. The wildcard this weekend is Andy Rose, who is back in full training and is quite a different option compared to Russell Teibert and Felipe. Rose showed reasonably well in his two appearances before his injury (despite missing a couple goal-scoring opportunities), and his size and physicality should add a needed change of pace within the ‘Caps midfield.

Up front, no one safe. It’s annoying to have to write some variation of “the ‘Caps haven’t been able to score goals” every week, but it’s quite a sizeable issue. The team has only scored twice in their last five matches, and Philadelphia – while not elite defensively – have been pretty solid, pitching three shutouts in their last five.

Yordy Reyna has looked more energized the last couple matches, but still only has one goal and one assist. Fredy Montero still has not recorded a single shot on goal from open play. Dos Santos has called out Joaquín Ardaiz’s work ethic, and the Uruguayan has not been able to get on the scoresheet despite some good chances. Lass Bangoura scored a nice goal six weeks ago but has only played 138 minutes since. PC recorded an assist on opening day and doesn’t have a point since. Lucas Venuto does not have a goal or an assist.

Assuming the ‘Caps play 4-3-3 with Hwang in midfield, three of those six players will start. The ‘Caps really need a few of them to get going. 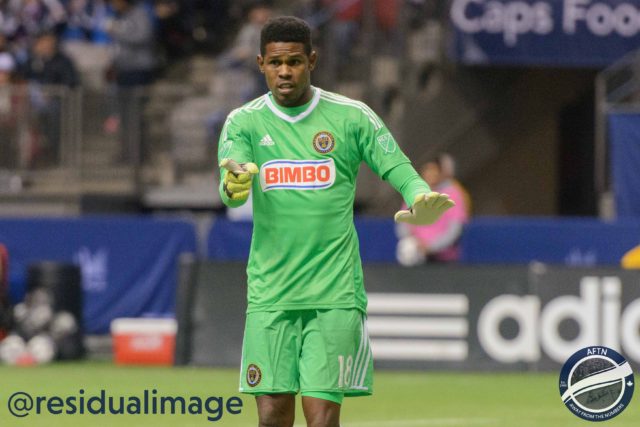 Looking at the visitors, the Union received a major blow in their 3-0 win over Montreal as star ‘keeper Andre Blake suffered a groin injury. DP midfielder Marco Fabián is also out with an injury, so the ‘Caps will have the chance to attack a Philadelphia side missing two of their top players.

The Union are on a roll as of late, however: they’ve won four of their last five matches, outscoring their opponents 10-3 over that span. They’ve also been shown a red card in two straight matches: centre-back Auston Trusty will be back in the fold after serving his suspension for a double-booking in their loss to the Galaxy, while fullback Kai Wagner will miss Saturday’s match after picking up a straight red in the 90th minute against Montreal.

The mood in Whitecapsland is a gloomy one, for both on-field and off-field reasons. With regards to the former, a week off and being back at home could be just the shot in the arm the team needs. It’s too early to be looking at the playoff picture (especially now that seven teams in each conference make it to the postseason), but the Whitecaps are going to have to start putting consistent results together at some point. We’ll have to see how long that takes.