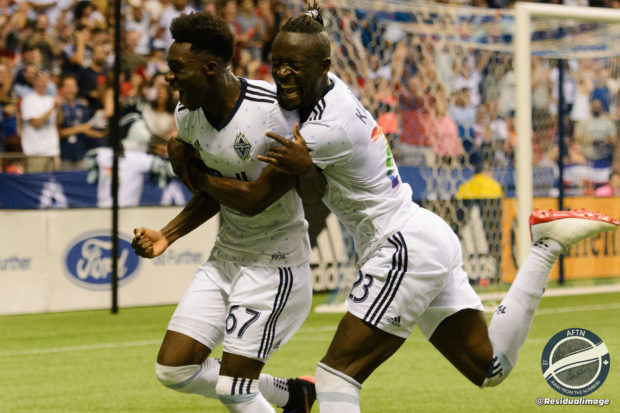 We’ve almost made it to the light at the end of the tunnel. After a maddening, topsy-turvy and all-around disappointing eight months, Vancouver Whitecaps will play their final game of 2018 on Sunday afternoon.

Despite sporting the fourth-worst defence in the league, and repeatedly coming up short in the biggest moments, the ‘Caps were somehow able to conjure up just enough sparks to keep the flames of hope alive for much of the season, no matter how faintly. They’d pull out an unexpected road win, or launch a dramatic comeback, but just when you’d talked yourself into there still being hope for a playoff run, they’d lose 4-1 and crush you again.

That’s all over now, as the ‘Caps were officially eliminated from the playoffs after a 2-2 draw with LAFC last weekend, though realistically they were eliminated by the 4-1 home loss to Kansas City three days before. That game against SKC certainly felt like the dagger; a complete capitulation that showed why long-serving manager Carl Robinson was shown the door last month, and why a lot of players on this team will not – or at least should not – be back in the spring.

But despite this feeling of finality, there is still one more game to play. And this game matters, much more than it has any right to. It’s not because of any playoff implications, as the Whitecaps sit comfortably in eighth place, and can’t play spoiler like they did in 2016 because Portland have already clinched a playoff spot for themselves. It’s not because they’re playing the Timbers, as Seattle has already won the Cascadia Cup. Rather, it’s because of a 17-year-old kid, and his imminent departure to Europe.

Alphonso Davies has meant the world to Whitecaps faithful since June 1st, 2016, when he made his first-team debut against the Ottawa Fury in the Canadian Championship. He was 15. Just over a month later he signed a permanent first-team contract, and made his MLS debut on July 16th against Orlando. He received a rousing ovation and played in eight games down the stretch in what was an awful season for the club. He didn’t record a goal or an assist. It didn’t matter. He was a beacon of hope not just for the Whitecaps, but for the country as well. The Canadian National Team were eliminated from 2018 World Cup qualification that September, once again falling short of the elusive Hexagonal round.

The Whitecaps needed a shot in the arm after a season where they finished fifth-worst in MLS. Canada needed a saviour, a reason to believe things could change anytime soon. Davies was not a superstar immediately, but he showed more than enough in 2017 for us to drool over his potential. He scored in the CONCACAF Champions League, and scored in the Canadian Championship. He became the youngest player to ever suit up for Canada when he debuted in a friendly that June, and a month later he won the Golden Boot at the Gold Cup. He started only nine games in MLS play, and didn’t score in 26 overall appearances, but again, it didn’t matter.

Scouts were watching, transfer rumours were swirling incessantly, and so 2018 was the year Davies had to really start putting it together. He had shown plenty of flashes, and those flashes were incredible, but he had to prove he could be an everyday impact player, the star the Whitecaps needed. Boy, did he ever prove it.

The now-17-year-old scored his first MLS goal on opening day, grabbed an assist on top of that, and he was off to the races. Eight months later, he’s now recorded six goals and 11 assists in MLS play, numbers – while strong – that belie his impact on the field. 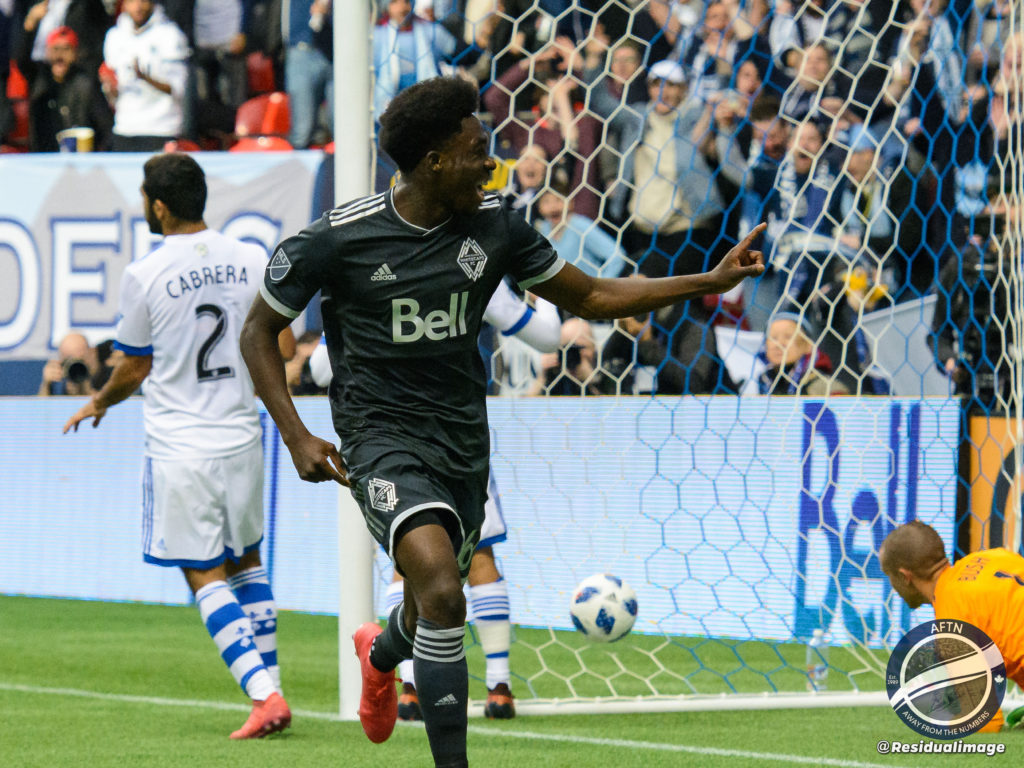 He hasn’t just been the Whitecaps’ best player this season, he’s been one of the scant reasons to watch this team on a weekly basis. He continues to improve by the day, and at any moment he’s liable to rip off an end-to-end run, beating multiple defenders and adding another clip to his growing collection of YouTube highlight reels. Every facet of his game has grown, and the whispers that he would be sold to one of the world’s elite clubs went from hopeful projections to foregone conclusions. On July 25th, it was decided: Alphonso Davies was headed to Bayern Munich, smashing the MLS record for highest transfer fee ever paid for one of its players. Davies was to see out the season in Vancouver, then head to Germany when he turns 18. Him sticking around for three more months gave us a chance to fully appreciate our wonderkid before he leaves for greener pastures.

Since then, the rest of the season has not gone according to plan. At this point, it doesn’t matter. Robinson is gone, and many players will follow. Some of the departures might hurt. None of them will hurt more than Davies. It’s not because I don’t want him to leave – I do, in fact, want him to leave, and I’ve wanted him to leave since it became clear he has what it takes to succeed at a higher level. As a Canadian soccer fan, and a huge fan of Davies himself, I know he needs to go to Europe in order to come anywhere close to reaching his sky-high potential. But as a fan of the Whitecaps, as someone who’s spent the last two and a half years watching him week-in and week-out, seeing him grow before my eyes as a member of the team I love, it hurts knowing that Sunday will be the last time I get to see him wear that Whitecaps jersey.

The game is Sunday afternoon, set to kick off at 1:30 PST. You don’t want to miss it. The ‘Caps might lose – there’s a good chance they will. It’s still a must-watch game. I will be in the stands, giving our hero the send-off he deserves, basking in the final Whitecaps minutes of someone who will hopefully have a long and incredible career. I hope he wins the Bundesliga. I hope he wins the Champions League. I hope he plays – and scores – in the World Cup (still have to stay somewhat realistic). I hope he’s someone that I will happily look at years from now and say, “Yeah, I got to watch him live.”

There are other players who will play their final game for the ‘Caps on Sunday, though that won’t officially be decided for another week or so, or maybe even a month or two. Portland has had a great season of their own, and are primed for another playoff run. None of that matters this weekend. There will be a new coach, a new team in the city come March, but that’s something to think about later. For now, all that matters is Alphonso Davies, and the chance to say farewell to our superstar.