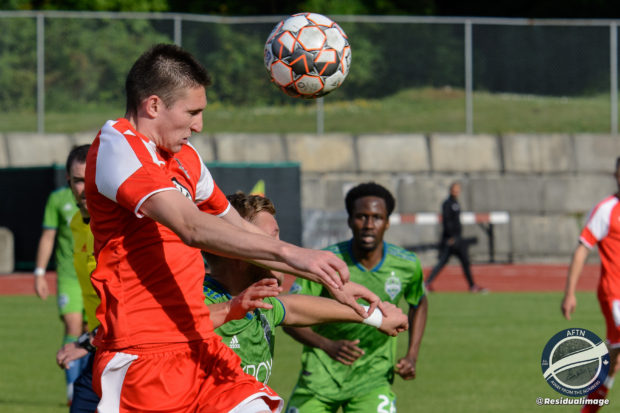 After a couple of years away, Eric de Graaf is back in playing his football in BC, and enjoying some of the best success of his fledgling career as an integral part of a SFU Clan team that sits 15 and 0 on the season and with the number one ranking in all of NCAA Division 2.

The Vancouver Whitecaps Residency alumni is having a standout season in his first year with SFU. A key part of a Clan defence that has kept 10 clean sheets, de Graaf has started all 15 matches, scoring two goals and adding two assists, as SFU wrapped up their third straight Great Northwest Athletic Conference (GNAC) championship with four games to spare.

This was a team built with one goal in mind – to land that first ever NCAA title – and now, with the playoffs set to get underway in two weeks’ time, the focus for de Graaf and his Clan teammates is to keep this winning streak going and take their fantastic regular season form into the postseason.

“Winning all these games in a row is good for any club, but it goes to show all the hard work we put into training, day in and day out,” de Graaf told AFTN. “It’s been nice to see it pay off on the field. We had a tough trip down to Cali to start the season and we came away with four wins and started our unbeaten streak and we’ve just carried it on from there to the GNAC and now we’re just hoping to push it forward.”

De Graaf made the move to SFU from the University of Portland this summer after two years playing with the Pilots at Merlo Field. After a first season that saw the Surrey native behind two seniors in the pecking order, de Graaf found his playing time limited, making just five appearances, two of them starts. As those seniors moved on, de Graaf became a starter for 2017, going on to make 14 appearances and grabbing his first college goal.

With the soccer landscape in Canada changing quickly, de Graaf felt it was time to head back home, and SFU provided him the perfect opportunity to do so, making the switch to the Burnaby school in June. It’s been a perfect marriage for both team and player, and de Graaf doesn’t see the move from a Division 1 to a Division 2 school as a step down in any shape or form.

“Being close to home has always been nice for me,” de Graaf admits. “I just like the atmosphere at home. It makes me more comfortable. Coming in here, I don’t feel that it’s much of a drop in play coming from Division 1 to Division 2. It’s been spot on. I feel that I’m always getting better here and I knew that it was somewhere that I could keep developing and with the CPL coming in, it’s always nice to be close to home and have lots of eyes in Canada on me.” 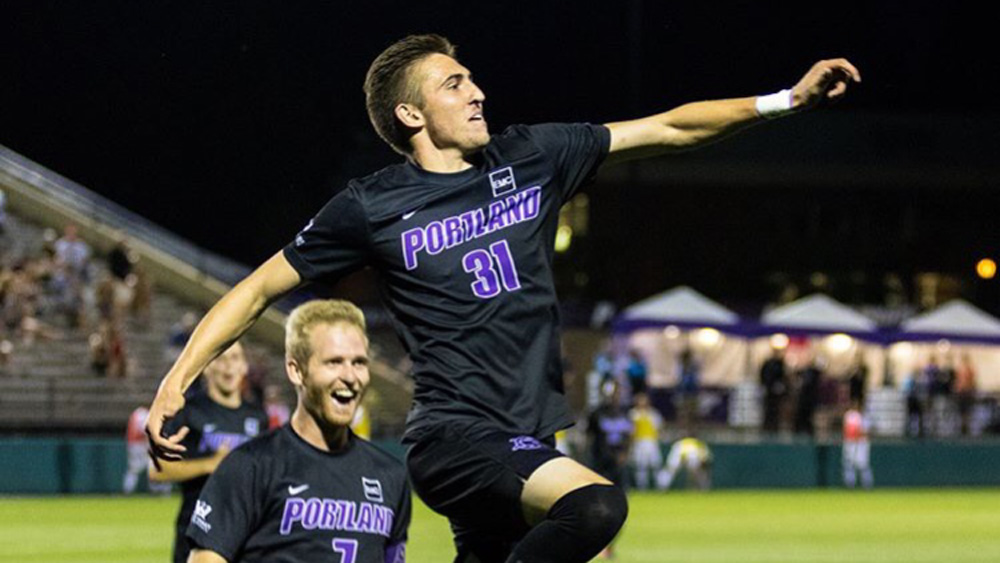 De Graaf’s integration into a new look Clan backline has been seamless, and head coach Clint Schneider has been delighted at what the 21-year-old has brought to his side this season and the leadership role he’s taken on.

“He’s a winner,” Schneider said of de Graaf right off the bat. “He’s a fantastic team guy. He’s in it for the right reasons. He cares about his teammates. When we score a goal, he’s the first one there. If someone gets stuck in and there’s a little bit of controversy, first one in. That’s the kind of guy he is.

De Graaf’s integration into the Clan was made easier by spending the summer playing PDL football with many of his new teammates at TSS Rovers. The defender was one of eight Clan players to play with the Rovers this summer, his second with the team, making 12 appearances, scoring one goal, and adding one assist.

And the chemistry de Graaf and the other developed together was clearly brought into the new college season.

“Coming in from Portland, it made it a lot easier having played with a lot of the guys in the summer,” de Graaf admits. “Just being around them, growing up in BC, especially for me personally, I felt really comfortable coming in here right away. Everybody accepted me with open arms and it really helped me transition into this. I just try to give it back to them and bring the team chemistry together.”

It was a far happier PDL season for de Graaf than his first attempt in 2017, where an early season injury ended his hopes after just two matches. The whole PDL experience is one he’s enjoyed, adding to his development, and it’s one he’d like to build upon next season, depending on what other offers may be out there.

“It’s nice to get into games in the summer, when everybody’s off,” de Graaf feels. “I found it a pretty good experience. We started off really strong this season. We second and then first place in the league. There was a little drop at the end, but I think that prepared us, for the guys that are coming back next season into TSS, we know that it’s not just going to be easy throughout the whole season.

“We’ve got to keep our best foot going forward for the whole season and know that if the wins are coming at the start of the season, they’re not just going to continue on. We need to work hard throughout the season and pick up results where we can and keep ourselves at the top of the table and make a playoff run hopefully next summer.” 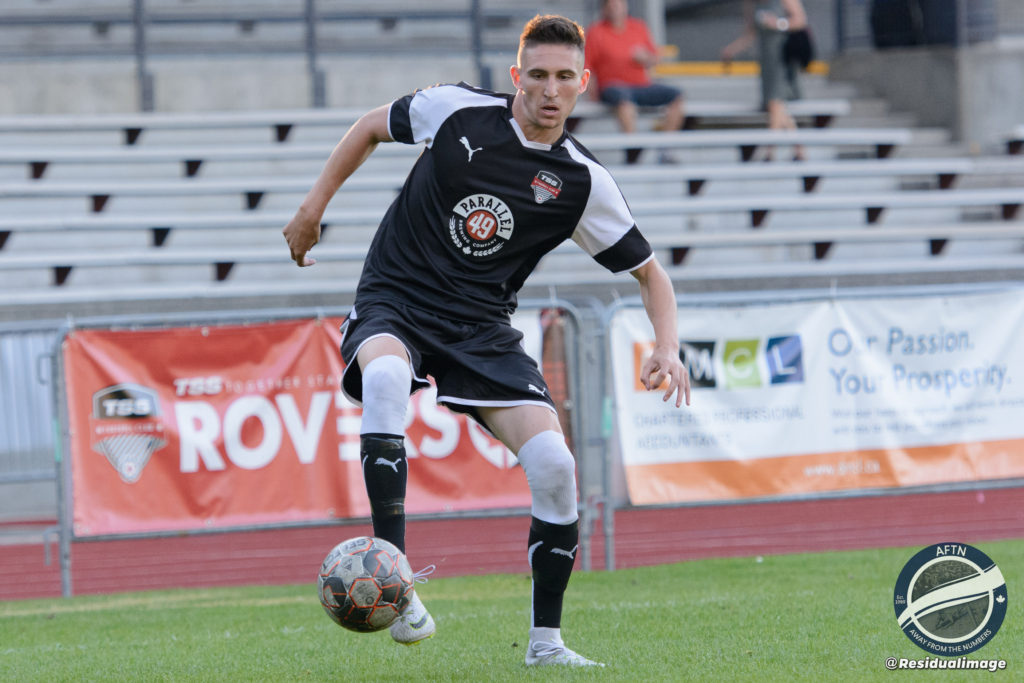 That team chemistry was certainly evident from the get go. A preseason trip to Norway played an important part, as did starting the season with six games on the road, four of them in California and two in North Dakota.

It was the tough start Schneider deliberately sought out to toughen up his squad for the long season ahead. The Clan have dominated in GNAC in recent years, but when they’ve headed into the playoffs, where they’re not allowed to host “home” games and are continually on the road, they’ve struggled, crashing out early these past few seasons.

With six straight wins to kick things off, 21 goals scored, and only two conceded, it’s proved to be the perfect preparation and helped build a very cohesive and close knit group of players.

“Before California we were in Norway, so that was a lot of time spent on the road together,” de Graaf told us. “It got the boys really close and it’s paid off on the field. The team chemistry this season has been unbelievable because we’ve spent so much time together on the road and that’s helped that a lot.”

The postseason is certainly going to be a far tougher test for SFU than much of what they’ve faced so far. They’ve been dominant thus far, outscoring their opponents by an incredible 54 goals to just 5. Let that sink in for a bit. There’s dominance and then there’s this. It’s been a complete other level.

It would have been easy for the team to take their foot off the gas, but they haven’t. The ranking is important in terms of seeding, and under the NCAA’s strict criteria, and draw or defeat can send a team tumbling down them. But even in games where they’re coasting and comfortably in control, the desire has been there to push on and get another goal, right up to the final whistle. That’s a mindset that will hopefully serve them well in the playoffs.

“It just shows that we have high expectations of ourselves,” de Graaf noted. “We’re not content with just a 1-0 win, we want to get that second and third goal and put it to bed because the GNAC is a strong league and teams can come and snatch a goal and then just like that we’re level. So we just keep pushing on and get that second and third goal and always have that killer instinct.

“It’s just how this team is built and that’s what’s going to push us on into the future when we get into the playoffs and we come up against tougher competition. Then we’re going to have to have that killer instinct.”

The Clan have always been a team that others want to knock off. Being the only Canadian university in the NCAA bring that, but their success and unbeaten run this year, along with that number one ranking, will certainly have a very big target painted on their backs when they head into the playoffs.

None of which fazes de Graaf, who feels that they simply can’t get caught up in that kind of stuff and only need to focus on their own abilities. 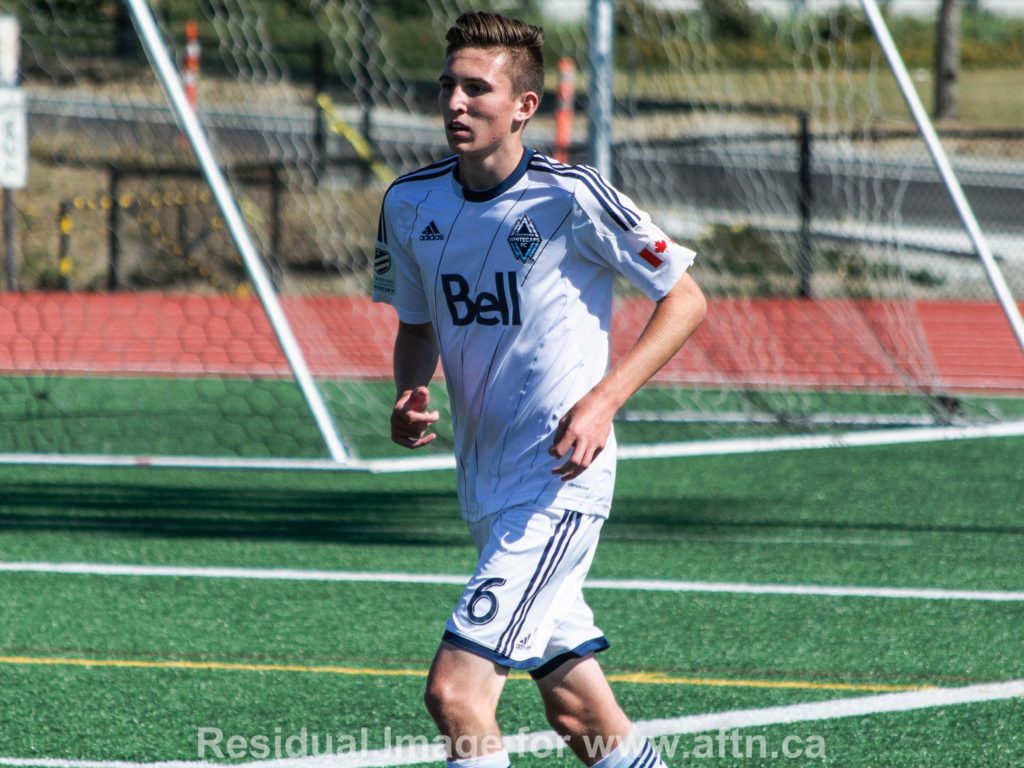 It’s certainly shaping up to be an exciting playoff run for the Clan. The teams Alan Koch assembled there that saw SFU make back to back Final Fours in 2012 and 2013 were strong, but this group feels even better. You don’t want to heap too much pressure on the lads, but history is very much in the making with this squad.

The Clan are just part of a very exciting time for football in both BC and Canada right now. UBC have put together a very talented side as they get set to host the U Sport nationals next month, and hanging over every aspect of the college game right now is the impending launch of the Canadian Premier League in 2019.

The recent announcement of a U Sport CPL draft on November 12th has excited many. That draft will allow players to play CPL while maintaining their college eligibility and be able to return to their schools after the season to continue playing for their universities and continue their studies.

NCAA rules don’t allow for that due to playing with pros, so where that leaves the many Clan players that have CPL aspirations remains to be seen.

De Graaf is one of those players. He’s in the third year of his Business degree and one more year of NCAA eligibility. The big quandary for him, and others, now is whether to see out his college time with the Clan or make the move to the CPL. It’s a massive decision for any young player, and it’s one which de Graaf admits he’s still very undecided about.

“It would be a tough decision,” de Graaf admits. “I’m not exactly sure what I would do right now. After this I’ll have three years done of my degree and just one more to be done and then I have that. But if there’s a good enough offer our there, it’s going to be hard to say no. I’m always keeping my options open and once I see what comes my way, I’ll hope for the best.”

That’s for the future. For now, the full focus is on the upcoming NCAA postseason. The Clan play their final home game of the regular season tonight against Northwest Nazarene (kick off is 7pm) before heading on the road for their final two GNAC matches against Western Washington and Montana State University Billings next week.

Then the real test starts. We’re looking forward to watching it.