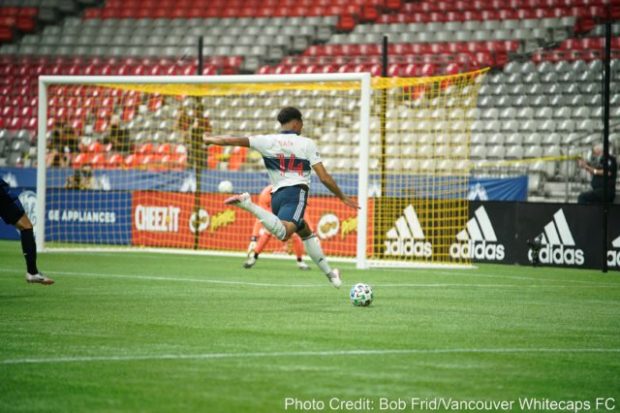 Of course, unlike opening day, this most recent 1-0 scoreline was a loss, at the hands of Colorado. It was a quite an odd match for the ‘Caps offensively, as they both failed to create much and also felt like they definitely should have scored. This Schrödinger’s attack is because of how surprisingly dangerous the ‘Caps have been from set pieces so far this season, routinely getting free on corners and free kicks and only kept out against the Rapids by a couple of goal line clearances.

However, from all non-deadball situations, the ‘Caps have been pretty darn ugly at times through three weeks. Caio Alexandre shifted all over the pitch trying to get on the ball – starting in a sort of number 10 role before dropping deeper and deeper until he was basically a number 6 at times – and was never really able to stamp any authority on the match.

Déiber Caicedo had a match reminiscent of some former Kekuta Manneh nights, where he showed some clear flashes of skill with the ball at his feet, but they more often than not didn’t lead to anything tangible. He did have a glorious chance to open his MLS scoring account off a terrible goalkeeping giveaway, but in an attempt that was a microcosm of the ‘Caps offense so far this year, he ended up hitting the ball directly at the defender standing on the line.

Lucas Cavallini I thought played pretty well, working hard to make something happen when he did get the ball and keeping up his intensity throughout the night. Just nothing came off for him or the ‘Caps as a whole, however, and we’ll see how Marc Dos Santos looks to change things up a bit to try and get some more firepower going.

That’s not to say it’s all doom and gloom: Cristián Gutiérrez has continued to be a strong creator from left-back and a key piece overall, though he was shakier defensively against the Rapids compared to the first two matches. And Maxime Crépeau looks to be back to top form, saving the ‘Caps blushes a couple of times with stellar play last weekend, and was only beaten by an unsaveable free kick.

Perhaps the most intriguing development from last Sunday was the brief Kamron Habibullah cameo, as the 17-year-old made his ‘Caps debut in the final minutes. He could not bring an equalizing goal, but he showed some deft ball control and promising movement, with some very clear potential. It’s not hard to imagine him becoming a regular off the bench over the course of the season, and though it’s probably unlikely that he starts a match just yet, we’ll definitely be seeing more of him, which is great. 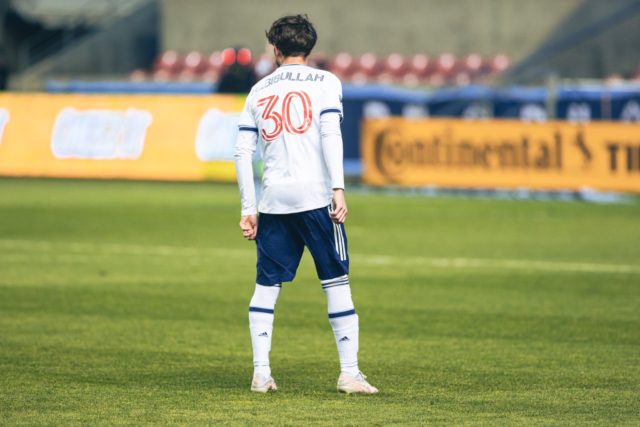 For the starting XI, it should now only be a matter of time before Érik Godoy comes back into the line-up (though Dos Santos said on Wednesday that he and Leonard Owusu were doubts for Saturday), while we’ll have to see how the Jake Nerwinski/Bruno Gaspar battle for right-back minutes develops, and also whether Derek Cornelius can push to be included in the line-up over Ranko Veselinović or Andy Rose. Gutiérrez is the only defender to be locked in as a starter right now, though having said that, if Godoy is still not ready I would guess that we’ll see the same back four on Saturday.

In the midfield, the ‘Caps seemed to shift between a 4-3-3 and 4-4-2 last weekend, with Russell Teibert starting in the middle of the park, then briefly shifting out wide after Michael Baldisimo came in, before being replaced himself. The question of what formation to use depends entirely on whether or not Dos Santos wants all three of Alexandre, Janio Bikel, and Baldisimo on the pitch, which I would personally like to see, but with Teibert wearing the captain’s armband it’s clear that Dos Santos likes what he brings to the team.

Cavallini and Dájome should be locks to start up front, with the question mark out of the attackers being Caicedo. What helps Caicedo’s case to continue to start is that there isn’t an obvious choice to replace him. As mentioned earlier, I don’t feel like Habibullah would be thrown into a start just yet, while Ryan Raposo has not set the world on fire in his appearances as a sub so far. Tosaint Ricketts only just got to full fitness last week and hasn’t played yet, while Theo Bair is fully in Dos Santos’ doghouse and hasn’t even sniffed playing time, with MDS publicly stating that he’s not pleased with Bair’s effort in training.

With all that being said, my guess at a starting line-up would be the same as last week’s, but starting with the 4-4-2 with Teibert wide and Dájome up top rather than what they did against the Rapids with Alexandre further up and Teibert in the middle. The most likely change if everyone is healthy would be Godoy in for Rose, and it would be nice if the Argentine was ready to go as he brings a good steadying presence to the backline. 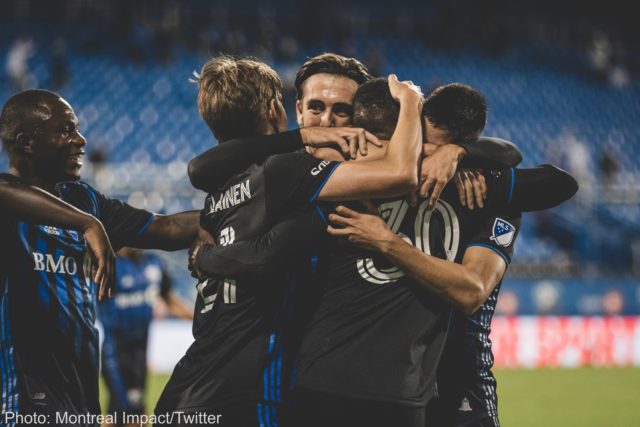 Looking at the visitors, Montreal have begun their first rebranded campaign fairly well with an undefeated start under new coach Wilfried Nancy, following up a win on opening day over Toronto with back-to-back draws against Nashville and Columbus. Using a 3-4-1-2 formation, newcomer Djordje Mihailović has served as the “1” in that setup and looks like he might have a breakout season after arriving from Chicago, while Canadian Kamal Miller has gotten off to a strong start at the back after coming in from Orlando (redirected through Austin) during the offseason.

The two sides last faced off in September, where the ‘Caps won 3-1, breaking a three-match losing streak against Montreal that dated back to the summer of 2019. They are 4-2-1 all-time in MLS play against Montreal at home, though “home” obviously does not mean the same this season as it usually does.

After a win, a draw, and a loss to start the season, the Whitecaps now look to avoid sliding further back down the Western Conference standings, and to prove that this squad can truly be different from the last two years. It’s still very early, of course, but it would be nice to have the good feelings flowing some more.