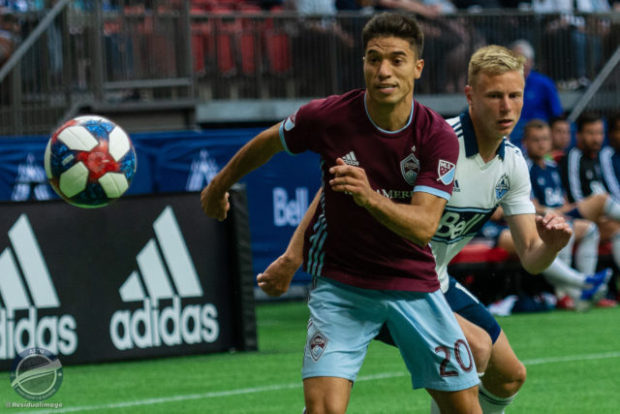 The Whitecaps have only ever started a season with at least seven points from their first three matches once in the club’s MLS era, and that was all the way back in 2012. That streak included wins over Chivas USA and expansion side Montreal Impact in their first two matches, and featured the likes of Joe Cannon, Jay DeMerit, and Davide Chiumiento on the pitch. Suffice to say, it’s been a while.

That 2012 season also saw the ‘Caps sneak into the playoffs after a dismal expansion season the year prior, and this 2021 iteration is also looking to accomplish something similar, having now missed the playoffs three years in a row. A playoff berth would be a new high-water mark for Marc Dos Santos’ tenure, and four points with a somewhat undermanned squad against two fairly highly touted sides in Portland and Toronto is a good start. The question is, can they keep it up?

Some defensive frailties showed in the 2-2 draw with Toronto last weekend, with a quite unfortunate tying goal coming late as the ‘Caps soaked up a good amount of pressure. The play of Cristián Gutiérrez has been one of the biggest highlights of the season so far, but as a whole the back four has looked shaky at times. With Bruno Gaspar featuring off the bench against TFC you have to imagine he’ll start quite soon if not on Sunday, and Érik Godoy being now back in training a good boost as well, though he might not be ready to make his season debut just yet.

The biggest question for Sunday is where does Caio Alexandre fit into how Dos Santos wants to set up his squad? Assuming that Janio Bikel is a lock to start in the midfield, that leaves Michael Baldisimo and Russell Teibert as the two likely options to be replaced. And both of them being taken out of the lineup for Alexandre would necessitate some tweaking.

Baldisimo seems the more like for like swap given how Teibert has functioned as more of a wide player, but he has dropped very deep when in possession, going right between the two centre-backs, and is that a role that Alexandre would play? He’s been advertised as more of a number 8, and showed some attacking runs in his cameo last weekend, so if he comes in for Baldisimo, how will the ‘Caps set up in possession? Will Bikel fill the role of dropping deep to pick up the ball? It would certainly be quite a change from how he was deployed in the first two matches.

If Dos Santos wants to keep Baldisimo as that deep-lying midfielder, then he could take out Teibert, but playing Alexandre out wide would definitely be odd, so that would mean changing from the 4-4-2 they’ve used to this point and using more of a 4-3-3, with Alexandre as the most advanced of the midfield trio.

Personally, that is what I would like to see the ‘Caps try out, as it seems the most natural way to include Alexandre. Another body in the centre of the park could also be exactly what they need in general, as while they only conceded twice in the first two matches, they also did not score from open play, with their attacks often having no support coming from the middle given that Baldisimo was playing deep and Bikel is naturally more defensive than attacking.

The forward trio of Lucas Cavallini, Cristian Dájome, and Déiber Caicedo has shown flashes of great potential, but there needs to be better linkage between them and the midfield (a common theme for our Vancouver soccer teams). If Alexandre is to fill that role, he can’t be playing too much out wide, and he also can’t be dropping too deep. We’ll see how Dos Santos deploys him on Sunday, and whether he does make some changes to the overall setup.

Looking at the visitors, the Rapids have not had a great start to the season, drawing 0-0 in Dallas before losing 3-1 to expansion side Austin FC in their home opener, where they conceded three times in just over ten minutes in the second half. They used the same line-up in both matches, interestingly using Kellyn Acosta at left-back rather than in his natural centre-mid position.

These two teams have not faced each other in nearly two years, quite a long time considering they’re in the same conference. Their last meeting was a 2-2 draw at BC Place back in June 2019, and only six players from the ‘Caps’ eighteen that day are still on the team! Their all-time record against the Rapids is almost exactly even at 9-10-5, though they do hold a strong 4-1-2 record against them since 2016.

As I discussed at the start of this preview, this has the potential to be one of the Whitecaps strongest ever starts to an MLS campaign. If they are able to pull out a win on Sunday it would their best start in their 11 MLS seasons. Would many have predicted that before the season began? I doubt it, at least I wouldn’t have. But the ‘Caps have shown us enough competent play to be an intriguing outfit heading into this match, and given everything they’ve had to deal with so far, that’s definitely enough to be excited about.