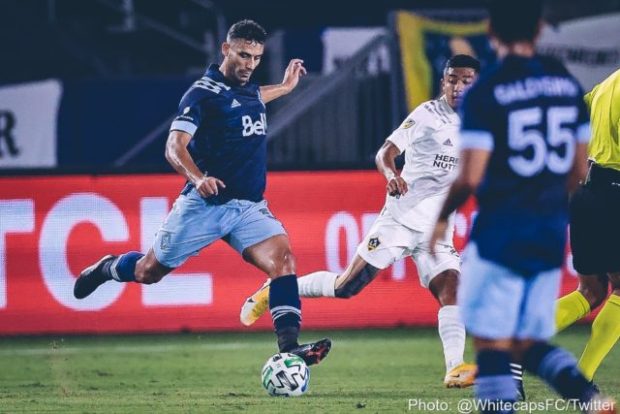 It’s been a little over a month since I’ve written one of these previews. In that time, the Whitecaps have played seven matches, and this stretch has served as a perfect encapsulation of their season. First, they lost 3-0 to San Jose in a quite ugly performance. Then, they pulled off a surprise run of three wins in four, putting themselves back into contention for one of the final playoff spots. Then, they came up against two strong squads, and suffered two more shutout losses.

2020 was a year in which the ‘Caps had no in-between. They have yet to draw a single match this season, currently sitting at 8-14. They are 17th out of 26 in terms of record, but they have the second-worst goal difference in the league (-20). ELEVEN of their fourteen losses have been shutouts, meaning that they are 8-3 when they actually manage to score a goal. They lost 6-0 to LAFC in September, before beating them three weeks later.

The end result of all this is that for the third straight year, the ‘Caps will miss out on the playoffs, despite the most forgiving format possible (70% of teams make it in!). There was some measure of improvement from last season, sure, but that’s not difficult considering how the club basically hit rock bottom by the end of last summer. There was a time period a couple months ago where it looked like they would hit it again, but they managed to at least scrape up a few feet.

Of course, there have been an insane number of external factors at play. The ‘Caps have only played in BC four times, and three of those came in the span of twelve days back in September. There was a four-month break inbetween any matches being played, which led to fifteen piled on in the span of just two months. They have been living out of a hotel in Portland for the last six weeks, and that situation has meant that instead of a home/away split it’s essentially been four neutral and seven away matches since they re-entered the US.

With all that said, a more “regular” regular season more than likely wouldn’t have led to a much-improved finish. The divide between the ‘Caps and the rest of Cascadia has never been clearer, as our boys lost all five meetings against Seattle and Portland, and were outscored 10-1 in the process. This is not a team that’s that close to being a contender as currently constructed, and I don’t think an increased number of home matches would have pushed them there.

But that’s something (one of a lot of things, really) to be worried about in the offseason, which will begin as soon as the final whistle blows around 6pm at Providence Park on Sunday. The LA Galaxy are in town – a team in quite a similar lowly plight – and this matchup between two teams with nothing to play for will serve as the final action of 2020, the last chance to see the ‘Caps on the pitch for the next four months at least.

So, how will they line up? The unfortunate medium-to-long-term injuries to Maxime Crépeau and Thomas Hasal mean Evan Bush will line up in goal yet again, while Érik Godoy, Jake Nerwinski, and Ali Adnan have been consistent pieces at the back as of late. The one major question is Ranko Veselinović vs Derek Cornelius, and while I am a big fan of Cornelius and wish that he’d received more minutes this season, I imagine it will be the Serbian taking the other spot at centre back.

In the midfield, the most disappointing note is that Michael Baldisimo is suspended, and thus we have seen the last of him until 2021. Baldisimo was probably the brightest spark for the ‘Caps this year just in terms of providing some measure of hope for the future, as the young academy grad acquitted himself quite nicely, finishing with one goal and three assists in 13 appearances (just seven starts). He only started two of the last six matches, which is quite annoying, and hopefully he will push himself onto the team sheet more next season.

Assuming the ‘Caps stick with their preferred setup from the last couple of weeks, it will be Leonard Owusu and Janio Bikel in the middle, with Russell Teibert and Cristian Dájome out wide. Despite the middle of the park retaining its status as a bit of a black hole for the ‘Caps, the individual players have all had their moments (Dájome in particular), but there’s not been that consistent bite, and no-one has leapt out as a game-changer.

The closest the ‘Caps have had to that in the last couple of months has been, quite surprisingly, Fredy Montero, who went from not playing at all in the first half of the season to becoming an essential (perhaps the essential) piece to the team’s offense in the second half. He’s sitting on three goals and a team-leading five assists, with a goal contribution every 120 minutes on average – pretty solid for a team as bereft of regular offense as the ‘Caps.

Montero has also done what the rest of the team couldn’t for the first half of the year, and that’s get Lucas Cavallini going. Their partnership seems to have left the Canadian forward a changed man, as he’s played much better since the two of them began to share the field consistently. It’s quite clear that Cavallini has not lived up to expectations this season (just five goals in 17 matches will do that), but with four goals in his last 10, he will hopefully be able to carry some measure of positivity with him into the offseason.

Looking at the opposition, the Galaxy have already begun their process of soul-searching, with manager Guillermo Schelotto fired last week. Since then they have pulled off a win and a draw, pushing them out of the West’s basement but remaining well-below the expectations the club had heading into the year.

While ‘Caps fans are surely disappointed with Cavallini’s return for this season, he’s at least been better than Chicharito, who has scored just two goals and has been absolutely woeful at times. Cristian Pavón has dazzled with 10 goals and seven assists, but other players disappointing, combined with a leaky defence (third-worst in MLS) has left the Galaxy outside the playoff picture for the third time in four years.

In a year that can be broadly summed up with the phrase “really bad”, the Whitecaps have followed the province’s healthcare trajectory quite well: early scares morphed into some level of slight hopefulness, before it’s all come crashing back down (or up?) in recent weeks. Another potentially tumultuous offseason awaits, and will come on the heels of a game with positively zero buzz. With that said, here’s to another season in the books, and hopefully many more to come!