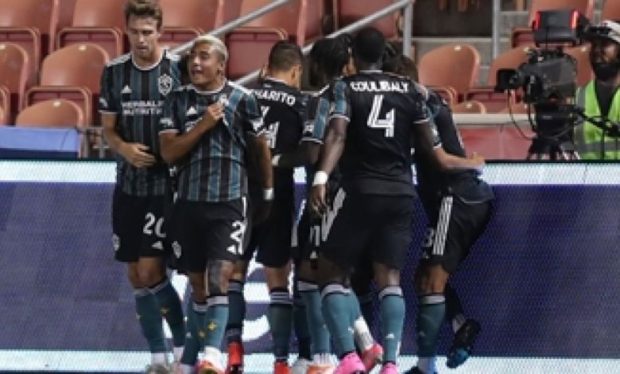 It has now been over two months since the Whitecaps last won a match. They have picked up just two points in that span and now sit at a putrid 0.75 PPG, sitting dead-last in the Western Conference and only marginally ahead of Inter Miami and Toronto FC in terms of the league-wide standings.

Things are, in short, very not amazing, and they’ve been that way for a while. Ali Adnan is now fully gone, with the ‘Caps not being able to get any return on one of the more valuable assets, and their now-only DP on the roster is off with the Canadian National Team for the next little bit.

Coming off of a demoralizing 4-0 loss to Real Salt Lake, where can the ‘Caps turn? There’s a depressing lack of places to turn to as things stand, at least in terms of personnel used. Even as the ship that is the 2021 season has rapidly sunk, it’s for the most part been the same group of players seeing the field consistently.

Kamron Habibullah made the bench last time out and though he didn’t feature it was his first time in the matchday squad in over a month. Theo Bair made a cameo appearance but overall has been banished the shadow realm this season. Derek Cornelius had such little prospect of consistent game-time that he’s now been loaned out.

For better or for worse (and mostly for worse) what we’ve had is what we’re going to continue to get, at least for the time being. You have to feel that sooner or later they’ll stumble into a win, right? I mean, maybe once they manage to get back home, but in true ‘Caps fashion that’s hit stumbling blocks as well.

While both Toronto and Montreal seem like they’ll be able to get true home matches this month, the ‘Caps according to recent reports might not be able to have the same until the end of August. That would be a bit of a blow as they’d only have around half a dozen home matches left at that point, but any good news at this point would be welcome.

Regardless of when they can return to BC Place, Saturday’s match sees the ‘Caps take on the LA Galaxy at Rio Tinto, for the second time in the last few weeks. That last meeting saw an extra time Janio Bikel equalizer cancelled out by an even-more-extra time Efrain Alvarez winner, handing the ‘Caps a historic fifth straight loss.

Since then, the ‘Caps have two draws and now their most recent loss. Far from great, but a little better for the most part? I mean, they scored as many goals in the pair of 2-2 draws than they did in the five losses that preceded them.

The only changes to the starting line-up that have come in the last three matches were due to injury (Janio Bikel temporarily deputizing at right back with Javain Brown missing a match) and international absence (Brian White and Thomas Hasal in for Lucas Cavallini and Maxime Crépeau).

With regards to the latter two, neither of them shone brightly against RSL. Having a poor team in front of them is obviously going to be tough for any young goalie seeing his first action of the season, and hopefully conceding four times doesn’t shake Hasal too much and he can bounce back this weekend.

White is a little harder to feel alright about, as since he scored that somewhat dubious goal on his debut last month, he really hasn’t done much at all. As with Hasal it’s not like he’s been put in much of a position to succeed, but he’s not seemed to have much of an effect even when he’s been able to get on the ball a bit. With Cavallini gone, the ‘Caps can’t afford to have even more of a black hole up top.

In terms of the line-up, if there was ever a point for some real shakeups to happen this would be it, but what would be the most likely? Maybe Ranko Veselinović comes back into the fold? Ditto for Jake Nerwinski? Does someone like Michael Baldisimo or Ryan Raposo get a start? Or do we see more or less the same XI once again? None of those options sound like game-changers really.

Looking at the visitors, the Galaxy come into this match off of a 3-1 home win over Dallas where they took a commanding 3-0 lead before giving up a single goal in the second half. They have won three of their last four matches and in fact are the only team in the league to not have a draw yet this season, sitting at a clean 8-4. The ‘Caps last season showed you can go a full year without a draw, so we’ll see if LA ends up matching that.

The Galaxy are shorthanded, their absentees including Chicharito who has missed the last two matches. His 10 goals leads the team, and incredibly Sacha Kljestan (2 goals) is the only other player who has scored more than once. The other players missing are Daniel Steres, Giancarlo Gonzalez, Jonathan Dos Santos, Efrain Alvarez, and Oneil Fisher, the first for injury and the other four for international duty.

This means the Whitecaps are staring down a bit of a weaker Galaxy side, though that doesn’t really mean much when you haven’t been beating anyone at the moment. Surely it has to happen soon, right? Surely.