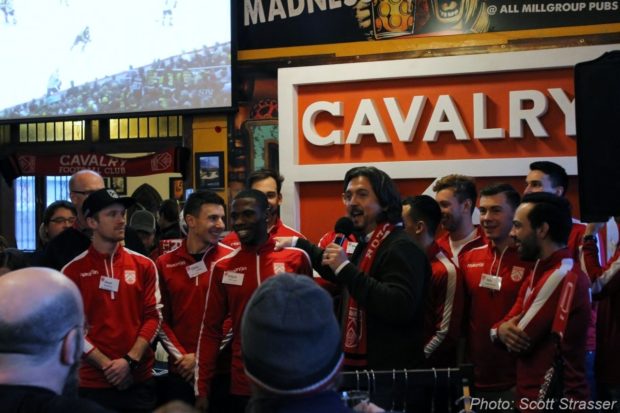 It’s been another busy week for Cavalry Football Club, as preparations march on for the inaugural Canadian Premier League season.

Amidst signing announcements, a public meet and greet, and a prospects camp, on Feb. 22, the club announced its first competitive home fixture – May 4 against York9 FC, with a 1:30 p.m. MST kick-off.

“There’s been a lot of build up and talk about who the potential opponent could be,” he said. “Now that it’s announced, we’re happy to have something to prepare for and something to work towards.”

The date of the home opener came as little surprise to some Cavalry fans, after it had been speculated on Reddit the week before the announcement. The club’s players also brandished toy light sabres at a public meet and greet with fans on Feb. 21 – an obvious nod to the popular Star Wars reference, “May the Force be with you,” which has led to May 4 being referred to as ‘Star Wars Day’. 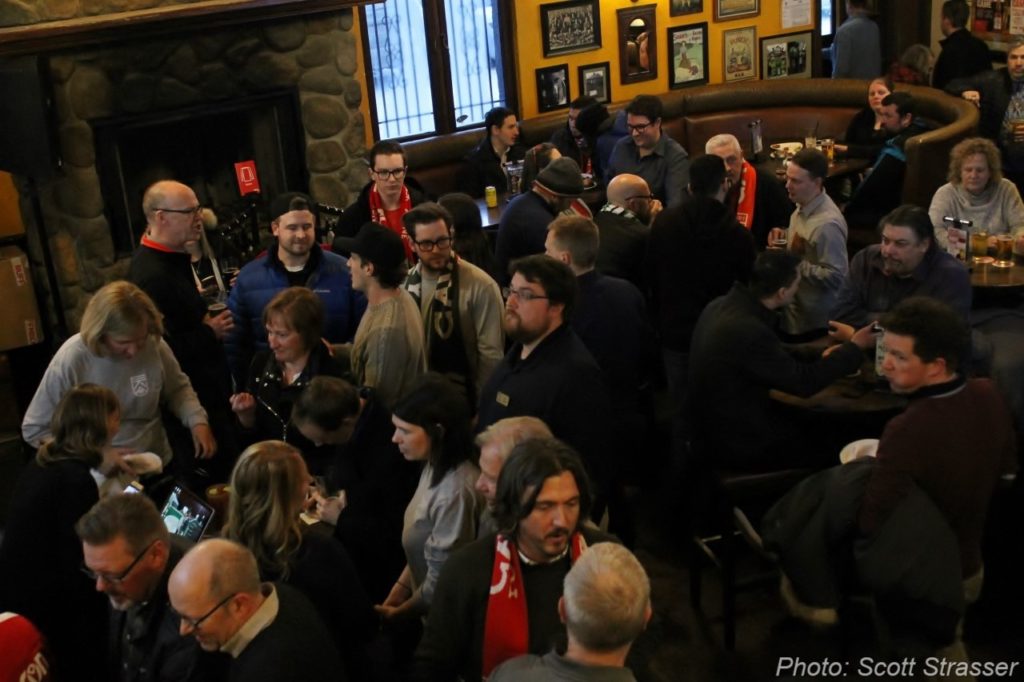 It was also at that event, held at the Rose & Crown Pub downtown, where head coach and manager Tommy Wheeldon Jr. announced the date on which pre-season training would begin – March 1.

With the first game fast approaching, he said the excitement is continuing to build for all those involved.

“The Foot Soldiers [supporters’ group] put out a tweet last night, and it’s true – the fans are excited, but so too are the players, the coaches, the front offices, the owners, and the league,” he said. “Everyone is invested in it.”

Considering most of the players have been training and working out either alone or in small groups together since being signed, Adekugbe said the date for the pending pre-season was another positive announcement.

“I was signed in November, so it’s been three or four months of just training on your own,” he said. “But the best part of the game is being a part of a team and being in that environment, so I’m definitely looking forward to that.

“The players who have been signed, it looks like there’s a lot of pedigree and there’s a lot of talent within this group. The closer we get, the more real it feels, and it’s just exciting.”

Another player who is excited for the CPL to kick off is Brazilian forward Oliver Minatel.

“Soon we’ll have the whole squad together and we’ll be able to build something from there,” he said. “We’ll have two months, so we have time to have a good pre-season.” 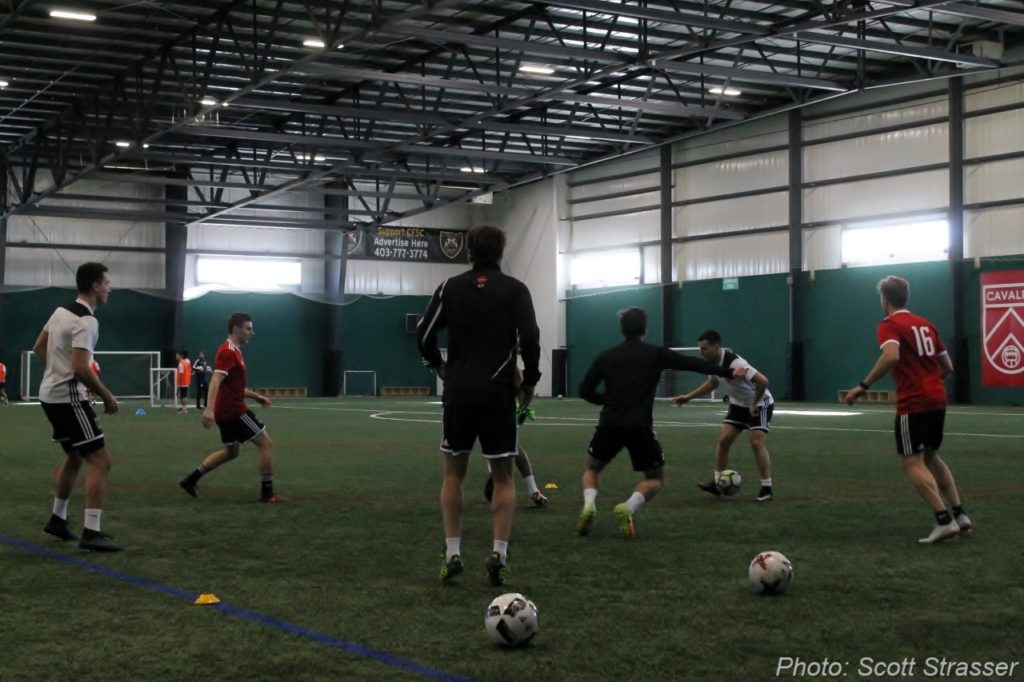 While it’s tough to gauge the strengths of York9 FC – or any of Cavalry’s opponents, for that matter – Minatel said he expects the CPL to be competitive right from Week 1.

“It’s still hard to talk about the opponents because everyone is starting from scratch,” he said. “But I’m sure all games are going to be very competitive and difficult, so we’ll have to use our home advantage to get the win, and hopefully start on the right foot.”
Minatel, who was announced as Cavalry’s first international signing in January, arrived in Calgary on Feb. 12. Like most of the club’s signings who are not from the city, he’ll be rooming with teammates in a house in a southeast community, not far from either Spruce Meadows or the Foothills Soccer Club’s indoor facility, where the CPL team will hold training sessions.

While Minatel arrived in Calgary in the middle of a severe cold snap, he said he’s looking forward to getting to know the city better.

“I haven’t been able to see much, to be honest, because of the cold,” he said. “But yesterday we went downtown and it was nice. Canada is a great country to be in and Calgary is an excellent city, too.

“From everything I’ve seen, I really like it. Also, the club and the facility is good and the stadium is going to be good, so that’s also very important.” 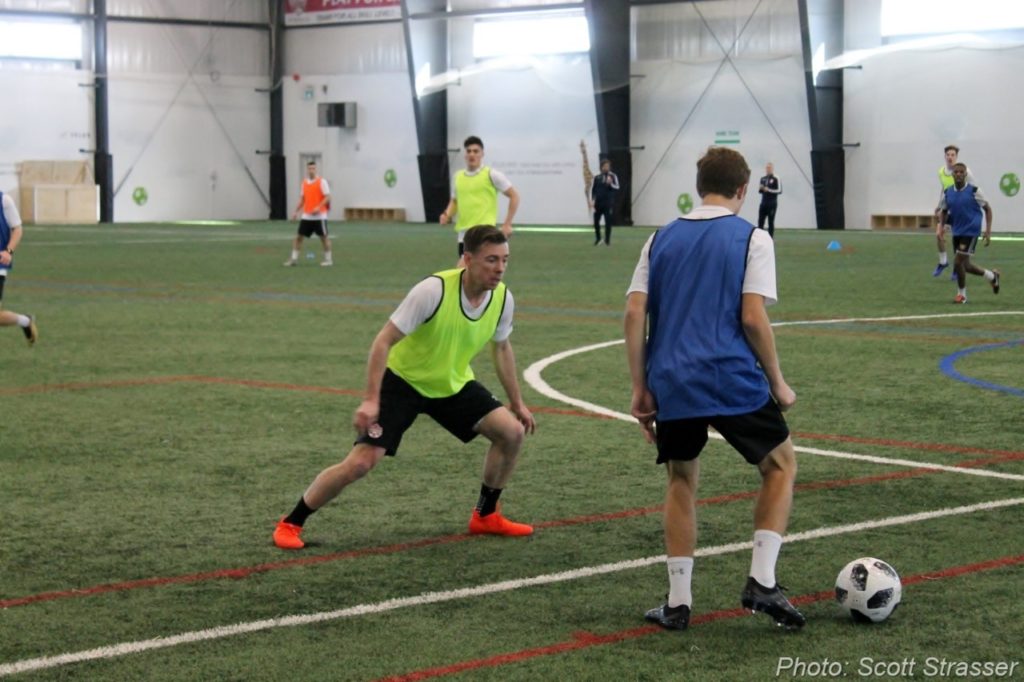 More signings on the way

That means that, as of Feb. 22, the club has publicly announced 15 signings, including four out of six eligible international spots.

With six to eight players still to be announced or signed, including some mandatory U21s, Wheeldon Jr. said the roster will not be finalized by the time pre-season training camp begins. He said Cavalry is pursuing agreements with players to join the CPL club following the conclusion of the European league calendar.

“We’re signing some core players that will fit the profile of the way we want to play, and coverage in every single position in the formations we want to use,” Wheeldon Jr. said. “But we’re going to leave a couple of spots open, because we want to fill them as we go.

“Different seasons are coming to an end… Somebody might become available near the end of their contract in Europe.”

Amidst the signings of players and the public meet and greet, Cavalry FC also held a prospects camp from Feb. 18 to 22. Players at the camp included Cavalry’s U SPORTS draft picks, Got Game trialists, local youth (U16-19) prospects from Calgary and a few international trialists from Japan and England, with some of the CPL players sprinkled in, as well.