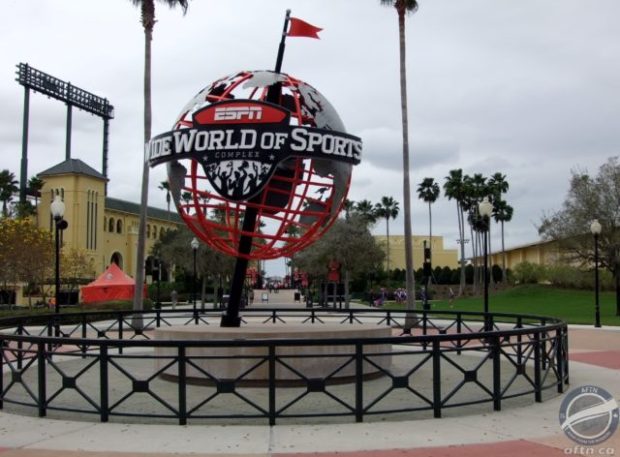 Vancouver Whitecaps became one of 13 Major League Soccer teams now back in light workout training on Tuesday morning, with 16 players taking part in the voluntary session at the ‘Caps training facility at UBC.

It’s phase one of what still feels like a long road to the team and the league getting back to playing matches at some stage this year, but one that was welcomed by all involved, as reason to get out of the house and see some familiar faces if nothing else, albeit with strict physical distancing and cleaning protocols in place.

As more teams see local restrictions lifted to enable them to get back on the pitch in some form, talk has inevitably continued as to when MLS will return to action and what that may look like.

Gathering the most traction for how the league could return appears to be a plan to move all 26 teams to the ESPN Wide World of Sports complex in Orlando, Florida, with players staying at the various Disney hotels near the facility, quarantined away from others, and with regular and constant testing in place.

As of now, the Orlando option is still just a rumour, unconfirmed by the league, the clubs, the players union, nor the complex itself. But Steven Goff from the Washington post has indicated that the plan is a lot further along than just being at the initial discussion stage.

Hearing from folks around MLS that the league is targeting June 1 for teams to arrive in Orlando, July 1 to start competitive matches. Games would be played throughout the month, at least 5 games per club. Situation still very fluid, however.

Whitecaps Sporting Director Axel Schuster indicated that the Orlando plan was just one of a number of ideas currently being considered, with all clubs working closely with the league.

“MLS is still looking at a lot of different options,” Schuster told media on a Zoom conference call on Tuesday afternoon. “We still haven’t got any of those finally approved. They provide us with regular updates about ideas and everybody was asked to bring in their ideas, so everybody should be involved. We are an active part in every sub committee and helping MLS wherever we can, as is every other club in the league as well, and trying to offer options.

“I would not say that anything like that is finally at a stage where it is a real option. Everything is still going on. The league has to be aware of all markets. Only 13 clubs were able to make phase one. There’s so many things they have to keep in their mind and be aware of, that it’s not the right thing to point to one direction that may be the final solution.”

The ESPN complex, the site of the ‘Caps Disney Classic triumph in 2012, has long seemed to be an ideal venue for such a scenario. With several pitches at the facility, an abundance of hotels in the vicinity, the guaranteed good weather, and the somewhat remote location of it, ticking all of the necessary boxes. 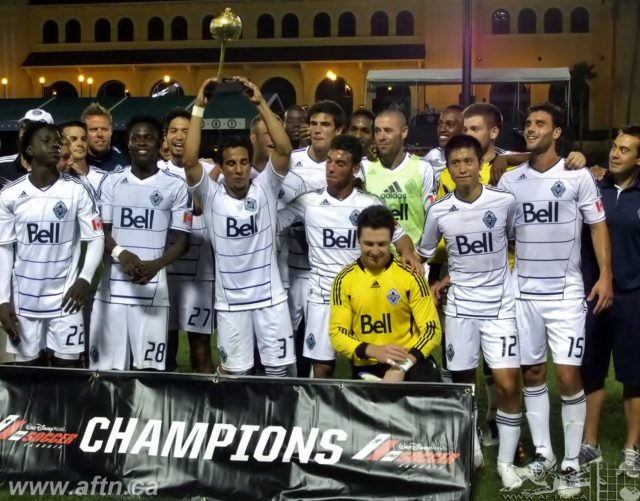 Kansas City and Dallas had also been mentioned as possible locations, but if you’re wanting all the teams in the one place, Orlando does feel like the best option, as long as cross border travel does not become an issue for the three Canadian sides.

All that said, asking players and officials to decamp to another city for what would be several months away from their families is also not ideal, especially for those with young children and the responsibility that would then fall on to their partner.

The MLS Players Union have yet to comment on any such plan, but players, at least publicly, seem to be welcoming of any idea that will get them back playing again. Whitecaps head coach Marc Dos Santos embraces it in theory, likening it to the team and players being away at a major international tournament.

“When I think about this situation, and I already spoke with my wife and family about the possibility and how we would manage it, I see it like going to a World Cup,” Dos Santos said. “When you go to a World Cup, there’s that month of preparation, that month to a month and a half of competition, it’s just the way it is. That’s the way we have to look at it.

“We have to look at it as the possibility to do our job in the most secure way possible. For sure it has its challenges of being away from the family, but if you look at players when they go to a competition like the World Cup, there’s this distance and this time away from their family that they have to face.”