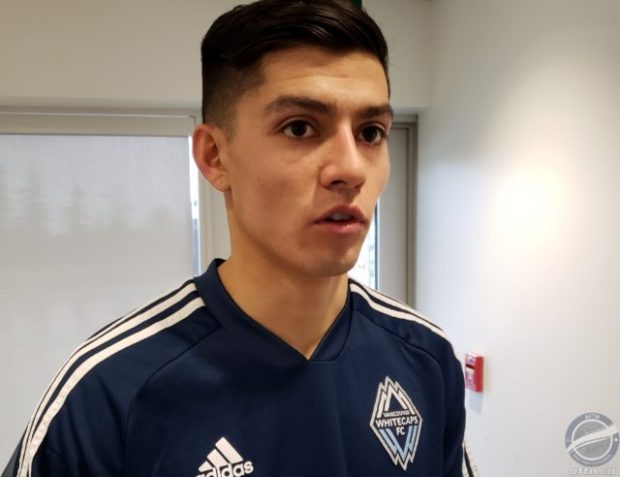 Life can take most of us in unexpected directions, When you’re a professional footballer, even more so, with a career that can often find you playing in a variety of weird and wonderful places.

When the Gutiérrez brothers Cristian and Diego left Canada for a new life in Chile nearly two decades ago, little would their parents have expected that 18 years later, both sons would be playing back in the country of their birth as professional footballers – Cristian with the Whitecaps and Diego with CPL side Valour FC.

Born in Greenfield Park, Quebec to Chilean parents, the Gutiérrez family moved to Santiago, Chile when their twin sons were just four-years-old. Football was soon to become their life, and both Cristian and Diego showed enough talent and promise to join Colo-Colo’s youth academy, but their careers were soon to take some different twists and turns.

Midfielder Diego left Colo-Colo to join the youth set up of cross city CD Palestino, signing a pro deal with the Santiago side in 2015, where he stayed until signing a mutli-year deal with Winnipeg based CPL side Valour FC in March last year.

Cristian stayed with Colo-Colo, turning pro with the Primera Division club in 2015. After spending five seasons with the team, Gutiérrez was released in December, leading to speculation that Cristian would join his brother in the CPL, possibly at Valour.

But while both brothers do now find themselves playing their football in the land of their birth, it was Vancouver that came-a-calling, signing the 22-year-old left back to a two year deal, with a further two option years.

It’s an usual journey for both of the brothers, so does Canada actually feel like returning home to Cristian, or is it just as foreign to him as it is to other South American players that come to the Whitecaps?

“I was born in Canada but Chile is where I grew up, that’s where home is,” Gutiérrez told AFTN through a translator. “They’re both two beautiful countries and I love them. I haven’t come back to Canada since I left for Chile when I was four-years-old.” 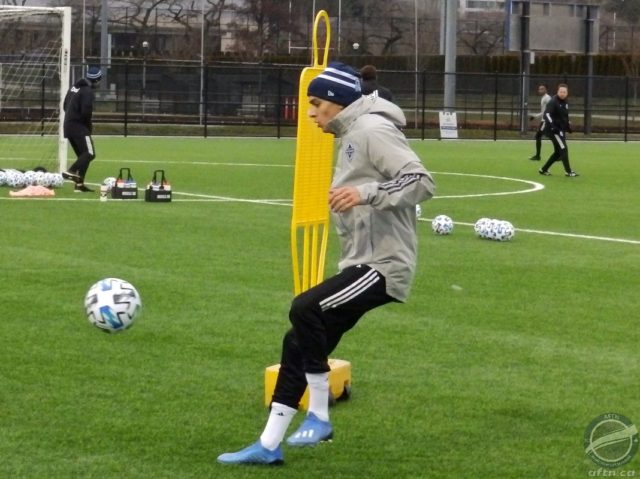 Gutiérrez speaks little English, something he hopes to remedy quickly, but another aspect making this a less than normal Canadian return.

The defender joined up with his new teammates on Tuesday, finally arriving in Vancouver on Monday evening after a horror day of travel that saw him delayed in Chile for 11 hours.

“It was a long delay!,” Gutiérrez noted. “But I ended up travelling here and that’s the important thing. I wasn’t frustrated. I knew it was all going to be ok as long as got to Vancouver.”

He’s here now and adds an intriguing component to the Whitecaps squad for the coming season.

With Ali Adnan the unquestionable starting left back for the ‘Caps, Gutiérrez will slot in to the squad as back-up for now, while providing depth in other aspects of the left side of the park if required.

But with speculation still surrounding a move back to Europe for Adnan by the summer, these first months of the year give the Canadian a chance to stake a claim to be his replacement should he indeed move on.

“I’ve spoken with Marc, but just very briefly,” Gutiérrez said of discussions about where Dos Santos sees himself fitting in at the Whitecaps. “Of course it’s still preseason, so there are a lot of things that could happen. But yes, there’s been conversations about the future and I hope to have a bigger one soon.”

A look at his highlights reel shows Gutiérrez to be a very similar defender to Adnan, a left back that loves to get forward, very attack minded, with a nice delivery, and a decent shot on him. His pace allows him to get back well and there’s some strong tackles in there as well.

He has the kind of game that seems a perfect fit for both MLS and the way that Dos Santos wants his full backs to play, and much like Lucas Cavallini, Gutiérrez is bringing a Latin American mentality to the ‘Caps, instilled in him from an early age and shaped through the ranks at Colo-Colo.

“Chile is very competitive as a youth player,” Gutiérrez explained. “That’s what formed me into the player I am today, but mostly it’s been my time at Colo-Colo. That’s where I was able to get much more experience.”

So after playing his whole life in Chile, what was it about Vancouver and Major League Soccer that persuaded him to make a change now?

“It’s kind of like the next stage of my career,” Gutiérrez told us. “A lot of Chilean players aspire to play in MLS. I love the league. It’s a very competitive league. The level of play and players is very good. I’ve been watching it over the years and seen it just grow.” 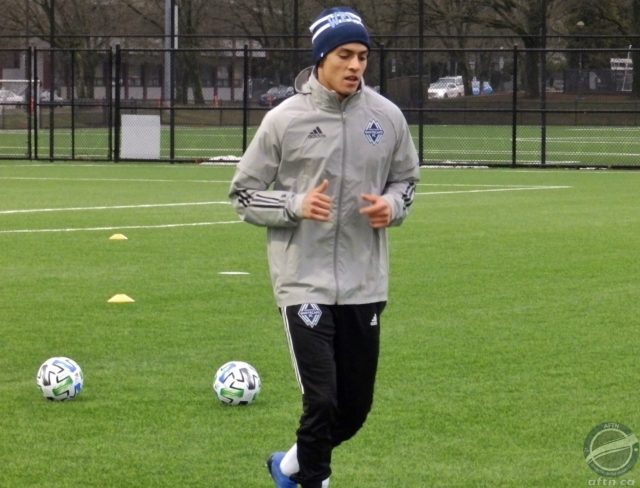 Gutiérrez is hoping the move to Vancouver will reignite his club career. If it does it also throws out a tantalising question about his international future.

While his brother Diego has earned three caps for the Canadian national team at U20 level, Cristian’s international career so far has all been with Chile, making seven appearances for their U20 side, including four at the 2017 CONMEBOL Sudamericano U20 Championship.

We’ve seen a few young talents pledge their international futures to Canada of late. Could Gutiérrez be another? Right now, he’s keeping his options open.

“There’s always a possibility,” Gutiérrez admits. “It’s an alternative, so I have two options to explore. So it’s just about time to let me figure out what I want.”

[*** Many thanks to Sebastian Pereira for the help with the translation for this article. Give him a follow on Twitter ***}