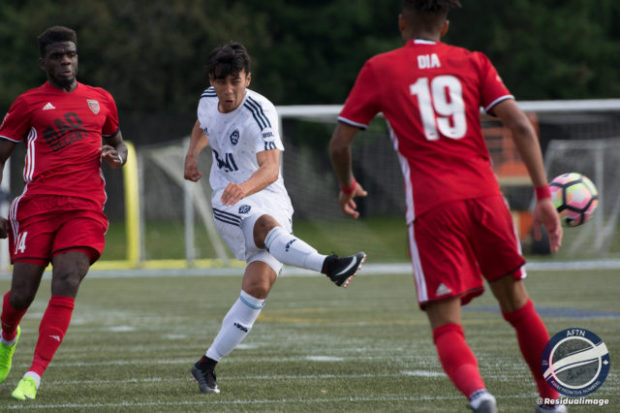 Patrick Metcalfe’s path to becoming one of Vancouver Whitecaps’ two latest homegrown signings did not follow the usual route.

More off-piste than a straight forward slope, it’s been a journey that’s taken the 21-year-old from the BCSPL to the Whitecaps academy and USL teams, before the latter’s demise saw him head to college, play PDL, and then, with several options on the table, Metcalfe finally came back into the Whitecaps fold as part of their development squad.

There’s certainly been a few speed bumps along the way, but his commitment and determination has finally been rewarded with a MLS deal.

“Even before I was with the Whitecaps, my journey was unconventional,” Metcalfe explained. “One of the biggest things that Marc [Dos Santos] and Greg [Anderson] told me about why they were signing me was my perseverance throughout the whole year and just trying to get there. Being patient was the biggest thing, and just waiting for an answer.”

All those things may have helped finally seal the deal, but there’s also a lot of talent there and versatility, with Metcalfe shining in the midfield as a six or an eight, but also with the ability to play as a center back. Oh, and he has one hell of a shot on him too.

Metcalfe has long been regarded as a top talent in BC youth soccer circles. A standout in the Residency after joining from Richmond based Fusion FC, he always seemed a lock to earn a USL deal with WFC2 and he did just that in April 2017, having previously featured in the squad as an academy call-up. The first step to earning a first team contract perhaps, except by the end of that year, there was no team and the future now didn’t seem so straight forward.

He could have gone south to join new USL affiliate Fresno FC. Heading overseas was also an option and the Canadian Premier League was on the horizon. In the end he chose to go to college and play for UBC Thunderbirds, where he was already taking some classes, but after a season there and a summer playing PDL with TSS Rovers, Metcalfe decided to forego college soccer to join the fledgling Whitecaps U23 Development squad. 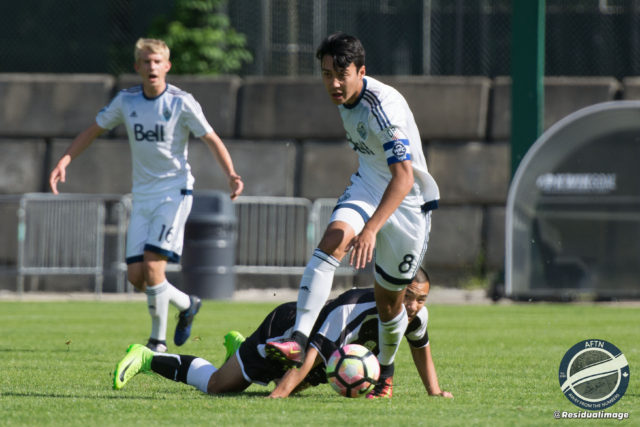 Metcalfe was now was going to a team that didn’t have a league to play in, didn’t have any set schedule, and was still trying to figure out exactly what they wanted to be. A risky decision? For Metcalfe, to achieve his goals, he felt that this was the most viable option, and he was proved correct.

“To be honest, it wasn’t difficult at all,” Metcalfe said of the decision. “After WFC2 folded I had to go somewhere and UBC was perfect because I was taking courses there. But in the back of my head I always knew I had the ability to sign with the first team. My parents believed in me as well, so I had the whole support from my family. So I’m happy it all worked out.

“I definitely had to weigh up all the options because I knew back then with UBC there was going to be the CPL draft and the CPL was forming the year after. With the development team, I always felt in the bottom of my heart that I had the ability to sign with the first team, and this is the one thing I’ve wanted my whole life.”

That self belief is very evident when chatting to Metcalfe and it’s something that’s vital for young players to have if they want to succeed in the cutthroat world of football. Despite the setbacks, despite the delays, he was focused on that one goal, getting a MLS deal with the Whitecaps, and his belief that he was going to get one never wavered.

“Probably a year and a half ago, I expected myself to already be in this position,” Metcalfe honestly admits. “I always knew I had the ability, but it was the backtracking and I had to work my way back up. I always knew it was going to be really hard but I persevered through it really well.”

Metcalfe bet on himself and his number came up, so when did he find out that his ‘gamble’ had paid off?

“It all came about pretty quickly, about two weeks ago,” Metcalfe revealed. “I’d been training full time with the first team all of last season, so it was more about patience and just training hard. Not thinking about external factors or external pressures.”

Not easy to do, because there was a pressure there. Metcalfe has a talent and a bright future, but like all young players in his position, the issue is that he is needing quality, competitive games and minutes to continue his development.

Training with the first team was all well and good, as was playing games here and there with the development squad, but nothing beats playing in actual meaningful matches and with a whole new generation now able to get that experience in the CPL, he really couldn’t afford to led himself fall behind the pack. A situation he was fully aware of.

“I was going to give it to around this time,” Metcalfe admits. “They had told me I wouldn’t be going to preseason without a contract. They would have let me go.” 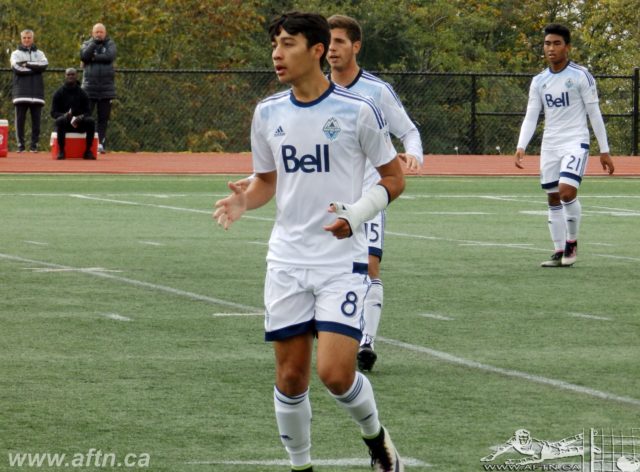 That contract has now been secured and heading into this year’s preseason camp, there’s an air of familiarity to it all, but it’s also very different.

A year ago he was part of Marc Dos Santos’ first training camp. Then it was as an unsigned player, with different hopes, aspirations, and expectations. Now, he’s signed and trying to prove to the ‘Caps coach that he is worthy of minutes.

“[In some ways] it’s the same as last year, just training hard, putting my head down and grinding every day,” Metcalfe mused. “Now that I’ve signed there’s some pressure off because now I can freely play.”

Get To Know Your TSS Rovers: Patrick Metcalfe