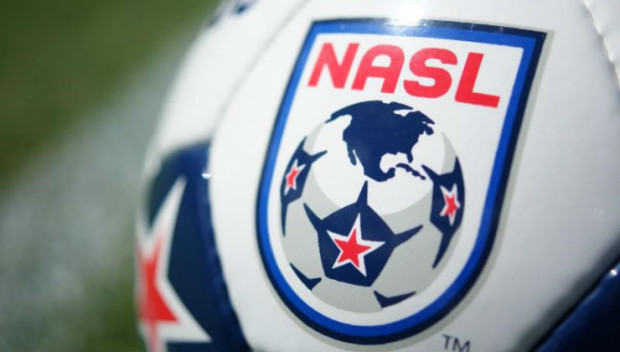 There’s been a lot of chatter about the proposed new Canadian League so far this year. Most of that has come online from supporters and some media outlets, with no firm plans or confirmations coming from the Canadian Soccer Association or any prospective ownership groups.

While it’s been fun to debate which cities will host teams, coming up with team names and ideas for crests and jerseys, the actual logistics of any new league remain a mystery and pure speculation. We know there’s a desire, a need and a necessity to have a domestic league, but that’s about it when it comes to cold, hard information right now.

Where any domestic Canadian league will sit in the grand North American soccer pyramid is also still unknown. Will it have a D1A status? D2? Does it really matter and are we too hung up on these tags?

As of now, Canada has five professional clubs. You have the three in Major League Soccer, two in the North American Soccer League and you can factor in the three USL sides and the PDL clubs.

The three big players in MLS are likely to be mostly unaffected by any new Canadian league. It might hit their academies a little, but that is open to debate. It’s those lower down the totem pole that are likely to be affected most by any new domestic league.

We’ve already seen reports that PDL sides in Ontario will not be sanctioned down the line, with a preference for them to make the switch to League 1 Ontario.

So where does this leave the NASL clubs in Edmonton and Ottawa? CSA President Victor Montagliani has previously said that they would not be forced to switch to a Canadian League, but you have to feel there would be pressures, internally, externally, and perhaps financially, for them to do just that.

The new NASL season gets underway next weekend. League Commissioner Bill Peterson held a media conference call on Tuesday to discuss a number of issues. The subject of a proposed new Canadian league was raised, and Paterson revealed he’s as much in the dark about the plans and as “curious” as the rest of us as to how it will all play out.

But does he have any concerns as to how the league will impact the NASL and in particular is he worried that pressure may be put on Edmonton and Ottawa to make the switch to a new domestic league?

“You know, I tend not to worry about those issues,” Peterson told us. “Here’s the reason why. One, I can’t control things that develop and ultimately what a owner wants to do or not do, and two, I really believe they should do what they think is best for their club and best for their supporters.

“It’s just a state that we’re in right now as professional soccer in this part of the world. We’re not linked to a system, so everybody is off on their own and everybody’s got to make the best decision that they think they need to make for themselves.

“We’re very happy with the model we have, the structure that we have, the success that we’re having. We think we’re a great league for ownership to come in to, but if somewhere down the road, someone thinks it’s best for them to be somewhere else, then we wish them well and we keep moving. It’s just a huge territory and a few things like that are not going to affect where we’re going long term.”

As things currently stand, Peterson is happy with the Canadian sides and how they perform and fit into the NASL, saying of the Canadian soccer landscape, “they are in their professional development and where the United States is, that’s a great partnership in all leagues that are up there .”

The NASL is keen to expand though. The next announcement is scheduled for the coming weeks, with more expected throughout the course of this year. The Western US is a key focus for them. They’d be interesting in having more Canadian sides too

But is all this talk of a domestic league stalling any future expansion here?

“I wouldn’t want to characterise it as moving any quicker or any slower than it has in the past because expansion conversations are always unpredictable about how they’d play out,” Peterson told Steven Sandor of The11.ca on the call. “As soon as I’ll say something, someone will call me tomorrow and we’ll have a team in Calgary.

“But I do believe that these conversations, that are at least being played out in the media and elsewhere, probably have people at least pausing to try and figure out what’s the future of professional soccer in Canada and what it looks like, and if I’m an interested ownership party, where do I want to be with that.

“So we’re in the same boat. We’re also curious about where this is going to go forward. As we’ve said many times to the federation, we’re willing to be great partners in helping them to accomplish whatever it is they want to accomplish. I think they’re working through that, and where there’s more clarity, we’ll be able to share more about how that may or may not affect our future.

“But for now, there’s a lot of discussion and not a lot of direction.”