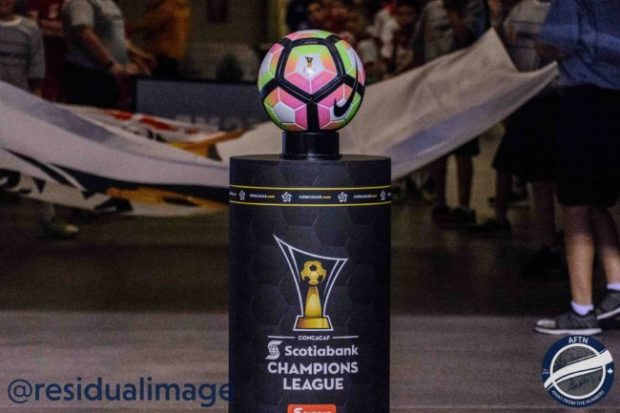 The 2020 CONCACAF Champions League is well underway, and with four out of a possible five MLS clubs advancing to the quarter finals, could this finally be the year that the league crowns a winner?

The eight Round of 16 match ups produced a lot of excitement, drama, twists, turns, and enjoyable viewing. Here’s our rundown of how the MLS outfits fared.

The Impact were compact and resolute in defence and were bailed out late in the match by their goalkeeper, Clement Diop. Canadians Zachary Brault- Guillard, Samuel Piette, Joel Waterman, Shamit Shome, and Anthony Jackson-Hamel all saw time for the Impact over the two legs with all the goals coming in the first leg in Costa Rica.

The teams played out a goalless draw in Montreal in the second leg on Wednesday, but that was enough for the Impact to advance. Up next is one of the round’s shock sides – Olimpia.

Henry’s squad has the easiest quarter final match on paper of any of the MLS teams. However, they will have to watch out for a resilient Honduran team who fought back on multiple occasions to knock off the 2019 MLS Cup Champions, Seattle Sounders.

The Sounders fall to Olimpia on penalties

The Sounders blew a 2-0 lead in the first leg and a one goal lead in the second. They were four minutes away from meeting the Impact in the quarters, but they did not close out their pesky opponents, allowing an 86th minute equaliser to level the tie on aggregate, then going on to be knocked out in penalty kicks.

Former Whitecap Johnny Leveron scored the decisive penalty for Olimpia to give them the shootout 4-2.

Another former Whitecaps, Deybi Flores, also featured for the Hondurans in both legs.

While this loss comes as a shock to the Sounders, they are now well positioned to make a run at the Supporters Shield. With NYCFC, LAFC, and Atlanta United still in this tournament, and presumably sitting their starters over an extended period in MLS play, the Sounders can try and pull away from the pack early in the year.

Seattle’s new Designated player, João Paulo was full value over the two legs, scoring in both and converting his penalty in the shootout.

New York City FC were a dominant in their tie against San Carlos. New manager Ronny Deila seems to be fitting in seamlessly in his new home. The second leg got choppy at times but NYCFC were fairly comfortable from the opening kickoff due to their 5-3 away win the previous week in Costa Rica.

Up next are Tigres. NYCFC will play Mexican powerhouse Tigres in the quarter finals. The team who defeated the Whitecaps in their only deep run in this event in 2017 were seconds away from being knocked out in the round of 16. It took the late heroics of their goalkeeper, Nahuel Guzmán scoring a deft header to knock off Salvadorians, Alianza.

Then goalkeeper Nahuel Guzman did this

There is hope for NYCFC, as Tigres have been struggling in the league and sit 13th out of 18th in the Mexican Clasura table.

LAFC storm back to take down León

LAFC seemed to get the short end of the CCL draw. They were beat soundly 2-0 at the Estadio León in the first leg. On Wednesday night, the Supporters Shield holders, led by MLS MVP and Golden Boot winner Carlos Vela, put on an absolute clinic.

Bob Bradley’s side dominated the match from start to finish to turn the tie around and come away with the 3-0 victory on the night and the 3-2- aggregate win. They were a force to be reckoned with and gave MLS fans the hope that they have longed for in this competition.

Up next for LAFC are yet another Mexican opponent, Cruz Azul, who had the largest victory in the competition’s first round against arguably the weakest opposition, seeing off Trinidad side Portmore United 6-1 on aggregate.

Striker Lucas Passerini was lethal for Cruz Azul and Canadian centre back, Dejan Jaković will be tasked with shutting him down. Fellow Canadian Mark-Anthony Kaye also featured for LAFC.

Atlanta Untied were all square with Honduran outfit, Motagua going into the second leg. Designated Players, Josef Martinez and Pity Martínez ran the show and were instrumental in Atlanta’s 3-1 second leg victory. Pity is coming off a rough 2019 season which did not see him live up to his $17 million price that Atlanta paid for him.

It was fantastic to see him play freely and he genuinely looked like a different player than we saw in MLS last year. If this form continues, he could fill in admirably for Miguel Almiron.

Atlanta are the only MLS side in the quarter finals to play the second leg of their tie at home. This could prove to be integral in what promises to be a host of exciting matchups.