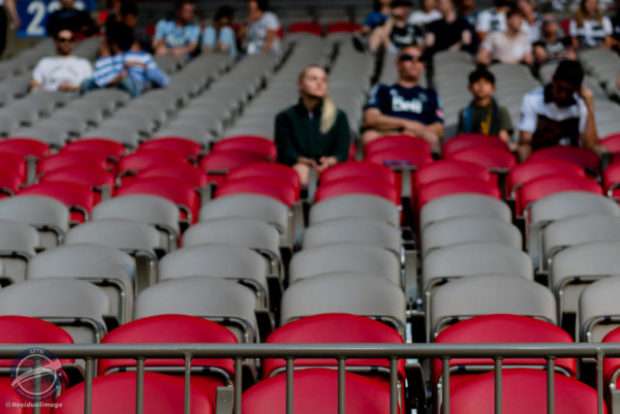 When you’re coming off your worst season in Major League Soccer since your first one nine years earlier, and your second straight season in missing the playoffs, getting supporters on board to part with their hard earned money for season tickets was never going to be an easy sell.

And that has proved to be the case for Vancouver Whitecaps as they head into their tenth season in the league, with season ticket renewals and new applications at an all-time low in their MLS era.

For new Whitecaps Chief Executive Officer Mark Pannes, none of that has come
as a major surprise. He’s been in sports long enough to know that you reap what you sow, and the ‘Caps propagations produced some bad results last year.

What Pannes is more concerned with right now, is restoring the fans’ faith in the club to not just get those season ticket holders back to a healthy number, but to continue a growth and a belief in the club as a team people want to go and watch.

“Season ticket sales are down, relative to where we’ve been at our peak” Pannes revealed to reporters at Whitecaps training on Friday. “Listen, you are what your record says you are and last year we finished in last place. Do we think we’re a better organisation than a last placed organisation? We absolutely do.

“I think that’s evident by the talent we put on the pitch, but we’re also accountable and we know that at the end of last season, our ownership group took a step back and said this is not an acceptable level of performance for the club and has made some significant changes and investment in doing that. 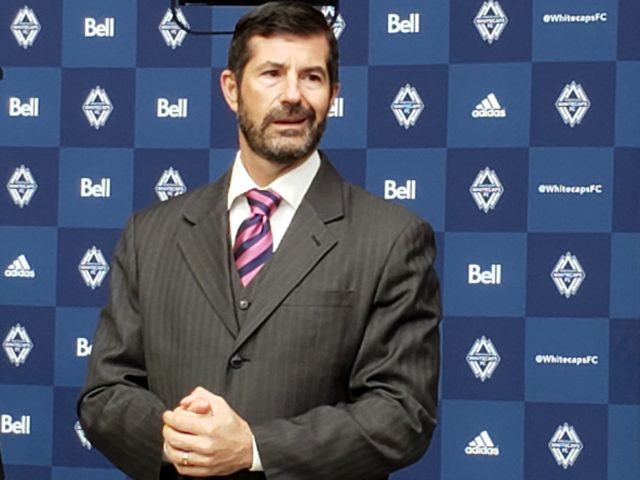 Pannes has been in the job of Whitecaps CEO since early January and his mark, no pun intended, can clearly been seen across the organisation already. With over 30 years experience in sports, including time with Serie A side AS Roma in Italy and the New York Knicks in the NBA, Pannes has brought an understanding and honesty to the ‘Caps that many have felt missing these past years.

It’s been refreshing and that honesty extended to his frank disclosure of just where the Whitecaps season ticket holder numbers are sitting right now, and that number is 8,800 individual renewal accounts.

That’s a figure that will both surprise and concern many. After years of numerous home sell-outs, that’s a low number by anyone’s book. Factor in other ticket schemes such as 5-game packs, flex passes, and sponsors, and that ticket base for the season rises to around the 11,500 mark. That’s just over half of the 22,120 attendance the club craves and is down 17% year-over-year.

On the other hand, such a drop is to be expected after last season and in a lot of ways, it’s a surprise that decrease it isn’t larger. The ‘Caps knew it was coming. Everyone did.

To try and counter that, or buy some time if you want to look at it another way, the club took the unique step of giving existing season ticket holders a money back guarantee – renew your season tickets in September of last year and if you weren’t happy with how Marc Dos Santos was building the team for 2020, you could cancel your tickets by the end of January for a full refund.

With a slow offseason build and no real names that jumped out at you in a super-exciting way (ie: fans haven’t seen them play on the telly), many took that option and many did cancel.

“We got a significant number of cancellations in that process,” Pannes admitted. “I think by the end of January Axel had been in place for a while, we had been signing players and building the squad, and I think that they had tapered off by the end January. So I think if there was dissatisfaction people probably dropped off earlier.

“And look, we welcome them back. We say to them obviously they felt there was a reason to step away from the club for a little bit. Okay, that happened, but we want you back. We want you all back because we believe you were a Whitecaps season ticket holder for a reason and we want you to reawaken that passion for the club.” 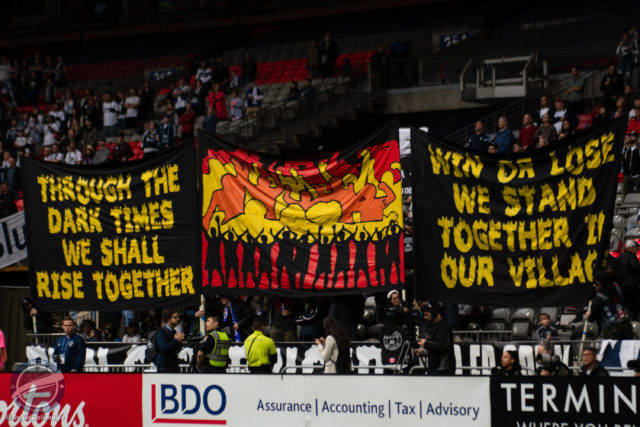 The ‘Caps season opener has been at home in each of their 10 MLS seasons and has usually been a hot ticket.

This year though is a very different story.

Saturday’s match against Sporting Kansas City hasn’t yet sold out, but Pannes is hopeful that come 7.30pm it will be a full BC Place stadium rocking to cheer on the team, but his hopes extend far beyond this one game.

“I’m hopeful that we can have a sell out for tomorrow,” Pannes said. “We’re really close and there seems to be a lot of fan enthusiasm. One thing that’s really stood out for me is the idea that tickets are available and I’m not used to that. That’s something that we’re going to work hard on to make it a tough ticket in town.

“Now the great thing is that we can open these sails in time and open this whole building. But for now, our magic number is 22,120. I go to bed thinking about 22,120. We’re trying to reach that number for the opening match and then every match after that until we can get enough tickets sold far enough out in advance that we can say, okay, let’s start to open upstairs and really turn this into a big house.”

Right now that feels like a stretch, but again it boils down to what Pannes said at the start – you are what your record says you are and if that is a winning record and the team is playing attractive football, the fans will come back in numbers. The pressure to perform is well and truly on.

“I hope everyone feels a lot of pressure for each game,” Pannes said. “You get performance when people take things very seriously and we take this entire process really seriously. In the most positive way. I don’t view that as a negative. Pressure works both ways. We have a lot to prove right now and that type of pressure is good pressure.”