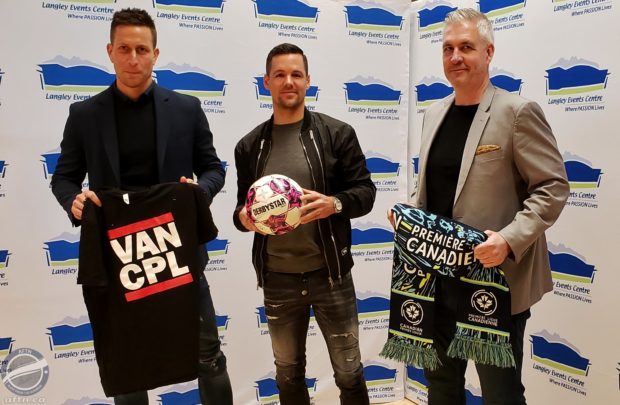 Dreams can come true. Sometimes it just takes a bit longer than you hoped they would, but better to get there in the end than have them shattered altogether.

Five years ago Rob Friend, Dean Shillington, and Josh Simpson had a dream of bringing a Canadian Premier League team to the lower mainland here in British Columbia. The Fraser Valley region had been identified as the ideal landing spot, with the cities of Langley and Surrey seemingly the ideal candidates. The stumbling block was a stadium.

In a time where the housing situation in the province is depressingly dire, every prime piece of real estate seems to have new residences being built on it. While fans suggested numerous potential sites for a new stadium, the stark reality of the situation was that no municipality was prepared to give that land up to a new team in a start-up league that had no track record to its name as to what it would mean to the cities that clubs could call home.

The more forward thinking, such as Langford on Vancouver Island, could see the bigger picture and the benefits of having a professional football team to call their own. One championship win later, we all know the end result.

But the dream lived on, and on Wednesday it finally became a reality as the Township of Langley was announced as the home to a new CPL lower mainland side, set to kick off in 2023.

“It’s a special day,” co-owner Rob Friend told AFTN after the announcement. “It’s been five years in the planning stages. We’ve been talking a lot in the community and to finally announce it is special. Now we can be out.

“We’ve planted our flag at the Langley Events Centre (LEC) and now we can really get involved in the communities around here and do our part and start raising the awareness about the CPL and then launch our brand pretty quickly here.”

That branding, which will include the team name, identity, and colours, is expected to be announced early summer. For now, all we know is that Langley will be the long-term home to the new club and Willoughby Community Park will be where they will play out of.

Built on the LEC ground, the Community Park is a multi-use hub that features facilities for soccer, rugby, baseball, lacrosse, basketball, and even beach volleyball. There are four soccer pitches but it is the snappily named Northwest Synthetic Field that will be the home pitch to the new CPL club.

Field of Dreams: The current 'Northwest Synthetic Field' at Willoughby Community Park will be new home to the Langley/Vancouver #CanPL team. You can see where the stands will be. pic.twitter.com/uXrGdheaLg

Opened in April 2020, the turf field has received the highest FIFA quality certification, along with World Rugby certification and is expected to be one of the best playing surfaces in the country.

Initial stadium renderings have been drawn up and are awaiting tweaks and the stamp of approval from the city for work to begin, but it is expected to feature covered stands along both sides of the pitch and behind at least one of the goals, providing a seating capacity of between six and eight thousand with a great enclosed atmosphere to capitalise on crowd noise. Although the stadium has been earmarked for bringing other events to the township, the new CPL club will be it’s primary tenants with a multi-year lease.

“It’s in it’s early stages but we’re looking at probably six to seven thousand seats,” Langley Mayor Jack Froese told AFTN. “We now have to get busy to get this thing built. It’s going to be a stadium that we’ve seen pop up in other parts of the world. It’s one that can be put up fairly quickly and we’re already working on it and the process to get it here.”

The new stadium is expected to be of a modular build. Quick to construct, this would see it constructed of steel rather than concrete, affording the ability to amend and expand it with relative ease.

“These stadiums now, these prefab stadiums, are expandable,” Friend told us. “We want to keep it tight and intimate. The number I always say is that I would love to see an eight thousand seat stadium, I feel that’s the sweet spot in this market, and then fill it.

“Then if we fill it, that’s a good problem to have. Then we can expand. But I think that’s a great number, not only for the Canadian Premier League, smaller national team games, stuff like that, events. So that’s kind of the number we’re looking at, but it’s all about being as tight as possible, close to the pitch, and creating this really cool intimate atmosphere.” 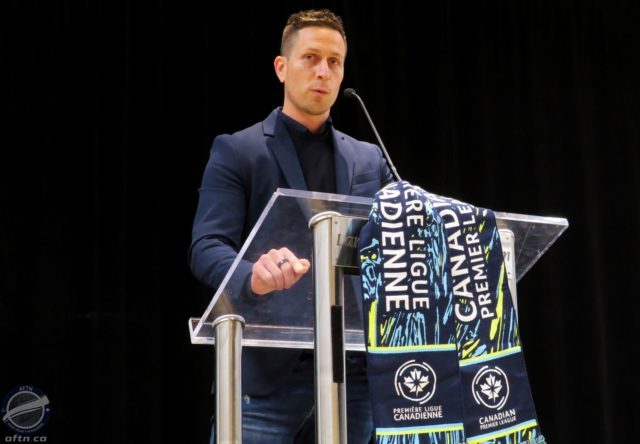 The centrality of Langley in terms of geography in the Fraser Valley was one of the big selling points to SixFive Sports & Entertainment. You don’t have to drive far in the city to see new residences going up all over and with that will come other amenities such as bars, restaurants etc. The catchment area with nearby municipalities is huge, and while there may be issues in terms of transit, of the land options available, the LEC provided the group with the best choice by far.

The township has established itself as a preferred venue for teams at a certain level and size. Both the Western Hockey League’s Vancouver Giants and Canadian Elite Basketball League side the Fraser Valley Bandits call the Langley Events Centre home, and the city wants the venue to be the hub of the ever-growing population’s sporting entertainment.

“As Rob said, this has been a five year process to get here,” Mayor Froese told us. “Five years ago they came to our council, gave them a little presentation, and it takes time to negotiate and get all the pieces together. Covid didn’t help, that’s for sure.

“Opening day is a year from now, so I’m really excited about that. But these things take time, it’s not a quick fix for a team to come in, especially with a brand new league. They’re building too so we want to build with them.”