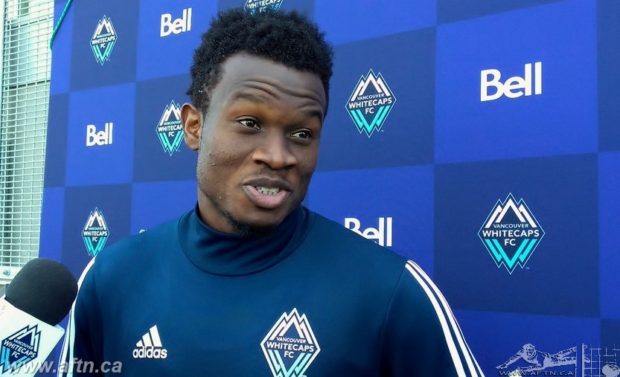 Vancouver Whitecaps have certainly been built a little bit differently from a number of teams in MLS.

We’re not just talking the lack of TFC mega dollars being spent, or not adding a well known, but career fading, big name. The timing of Carl Robinson’s additions tend to be a bit out of the norm.

While many clubs act quickly in the offseason, adding players throughout December and January, some of the Whitecaps biggest additions have come in February. Matias Laba and Pedro Morales are two from years past. This season it was Fredy Montero and Brek Shea. Even Yordy Reyna came in late January and didn’t join up with the squad until February.

There’s been midseason trades, the Manneh/Tchani one being this year’s big blockbuster one, and free agents (Aly Ghazal) and loan deals (Cristian Techera) added outwith the transfer windows.

The ‘Caps have had a tendency these past season of adding players off the radar and sometimes a bit out of left field. The latest of those being Nigerian midfielder Nosa Igiebor.

Igiebor wasn’t a player whose name had been rumoured or linked with Vancouver. The transfer window was shut and there was just one week left until the MLS roster freeze. The ‘Caps even got to break one of their own transfers for once!

But as was the case with Ghazal and Stefan Marinovic, the ‘Caps had a chance to sign a lauded free agent, so they acted fast to make it happen. The first two have been excellent additions to Robinson’s roster and the ‘Caps coach is hoping Igiebor will be another and is excited by what the midfielder offers his squad.

“[He brings] strength, power, experience,” Robinson said. “He’s a natural box to box midfield player as a number eight. Yeah, he can play a little bit higher at times. Scores spectacular goals, wants to get into the box.

“It was a no brainer deal for us, it really was. He was out of contract and we had some flexibility with Matias [Laba] going down with the season ending injury. I’d just bought an international slot off NYCFC and obviously then lost Matias and we had some flexibility, so I decided. I knew I could bring him in on his salary and he fitted the bill.” 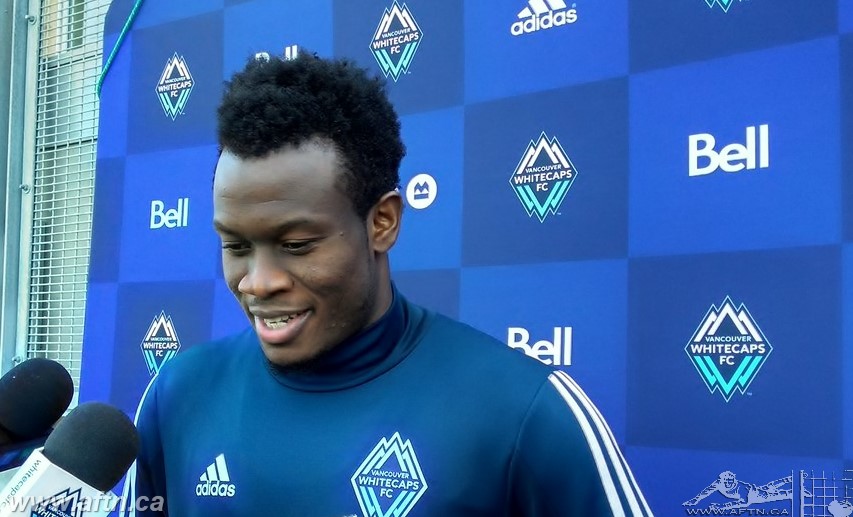 Igiebor’s resume reads well. With over 300 appearances clocked up in Spain, Norway, and Israel, the 26-year-old has played in La Liga, both the UEFA Champions League and Europa League, and been capped by Nigeria. That top level experience that Robinson craves is very evident, and something lacking from his young team.

His last three seasons have been spent in Israel with Maccabi Tel Aviv, winning the Israeli Premier League title in 2014/15. But a season which saw the side finish as runners up resulted in a number of offseason changes for Maccabi. Igiebor was one of them, and he was released.

Now a free agent, Igiebor was looking for a new club, so why MLS and why now?

“[My agent said] a team from the MLS wants you and I said, fine, I’ll give it a try,” Igiebor told reporters at training on Wednesday. “And why not? To be honest, I’m impressed so far.”

Igiebor arrived towards the end of last week and took in Saturday’s 2-2 at home to Columbus Crew. He liked what he saw on the pitch and in the stands. He liked the city, and the facilities at the ‘Caps new training centre have particularly impressed him.

“I’m amazed man,” Igiebor said. “It’s a pretty big club and I’m just falling in love with what I saw so far. I think, for me, it’s important to have a nice pitch like this. Good team and the atmosphere’s good and I’m just happy.”

A quick glance at his stats gives us an idea of what Igiebor will bring to the ‘Caps. He’s a box to box midfielder who actually puts the ball in the net. That’s something we haven’t seen a lot of in Vancouver these past seven MLS seasons.

He scored 13 goals in 68 appearances for Lilleström SK in Norway, adding seven assists, and recorded two goals and one assist in La Liga with Real Betis. His 93 appearances for Maccabi Tel Aviv produced 15 goals and two assists. Some pretty good numbers.

Watching his highlight reel gives us an even more tantalising visual of what Igiebor offers his new team.

Some nice footwork and composure in front of goal shown there, goals with his head too, and that first strike from distance for Nigeria was simply delicious.

Igiebor himself is more coy about his attributes. He’ll do his talking on the pitch, but is confident of contributing.

“I don’t like to talk too much, because I haven’t started playing yet,” Igiebor said. “I’m an offensive player, so I think I can contribute my quarter in the offensive area.”

As to when we will actually see Igiebor on the pitch, well that’s not quite clear.

The midfielder has been without a club these past few months and after his arrival in Vancouver, it’s clear he is nowhere near being match fit. He’s spent his last two days at training doing laps, a couple of drills, and having his levels monitored.

What Igiebor offers the team is encouraging. Whether he’ll have much of a chance to show his stuff in MLS this season is a whole other matter. It took Aly Ghazal a month or so to get up to speed. It’s the perils of adding a free agent who hasn’t been playing this last little while.

“It’s not easy,” Robinson admitted. “Bringing players in and trying to get them up to speed in game scenarios is difficult. Aly’s played the second 90 minutes in a week and I thought he was very strong at the weekend again. Rusty [Teibert] came in on Wednesday night and did a great job.

“We’ve got competition and bringing Nosa in helps us, but I’m not sure when he’ll be ready though. It’s not ideal, but it is what it is.”

From his first impressions, Igiebor certainly seems to want to stick around. He joked that he’ll be fine with the weather. We didn’t have the heart to tell him today was actually not bad for what is to come with the rainy season!

His performances will be the determining factor and the ‘Caps seem to want to take it slowly with him. They’ve only signed him for the remainder of 2017, but do have club options on his for the next two seasons. That makes sense for both parties, but if he performs at the levels that Robinson believes he is capable of, expect to see him here long term.

“We’ll have a look at Nosa,” Robinson said. “He’ll come in, get fit, and see if he can strengthen the group between now and the end of the year and we’ll see where we go from there. We’ve got a couple of options on in and if he comes in and does what I believe he can, then he’ll be a great addition for us next year as well.”