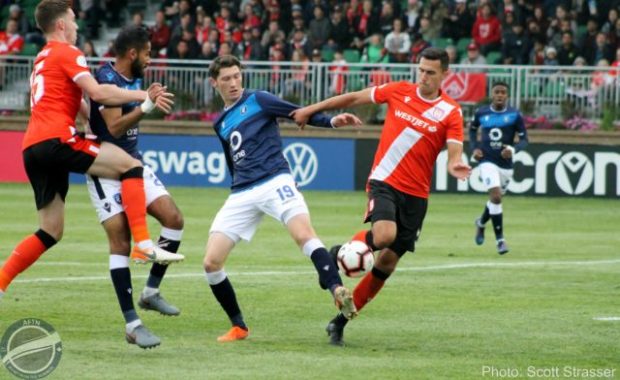 In the end, the Aug. 16 Al Classico should perhaps be remembered as Al Stalemate-o.

In a clash of the Canadian Premier League’s current fall season table-toppers, Cavalry FC and FC Edmonton played to a goalless draw at Spruce Meadows.

“We didn’t get beat – we kept a clean sheet,” said Cavalry head coach/general manager Tommy Wheeldon Jr. in taking positives from the match. “I think it was a tired performance, but, I say it all the time, it was one of character.”

To be fair, the game had a nil-nil draw written all over it before the teams even took to the pitch. Cavalry – who played three games in the last six days – came into the contest less than 48 hours after facing the Montreal Impact in the Canadian Championship. It meant Wheeldon Jr. fielded a much-rotated squad, with seven changes made to the starting 11 from Wednesday’s battle against the Impact. 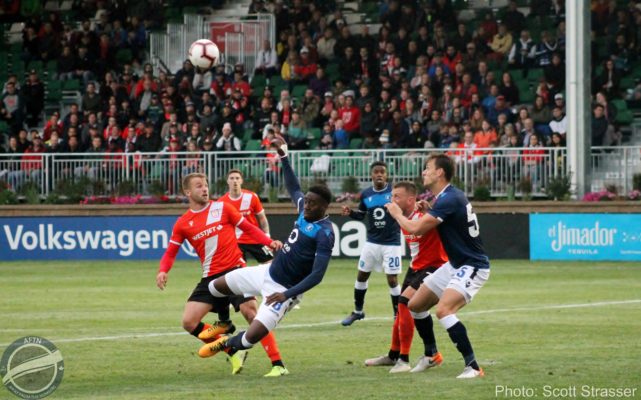 Edmonton came into the match on top form. They’re on a five-game unbeaten run and co-habitate the top of the table, with Cavalry.

“When you put it into perspective, [Edmonton] had a week to prepare for us and they’re a good team,” he said. “They’ll be there at the end.

“We took something from them.”

But even with a lack of playing time this season, the players who slotted in can be commended for a fine performance. Winger Carlos Patino put in a spirited 90 minutes, goalkeeper Niko Giantsopoulos recorded a clean sheet and eight saves, and Oliver Minatel filled in nicely for the injured Sergio Camargo.

“They are coming into their own,” Wheeldon Jr. said of those players. “That’s the good thing about our squad. My complaint is that we’re not getting time to work on these sophisticated patterns of play [in training].”

Eddies head coach Jeff Paulus might feel rueful that his team didn’t do more to come away with the win, considering they had the lion’s share of chances, hit the woodwork twice and had a call for a penalty kick. 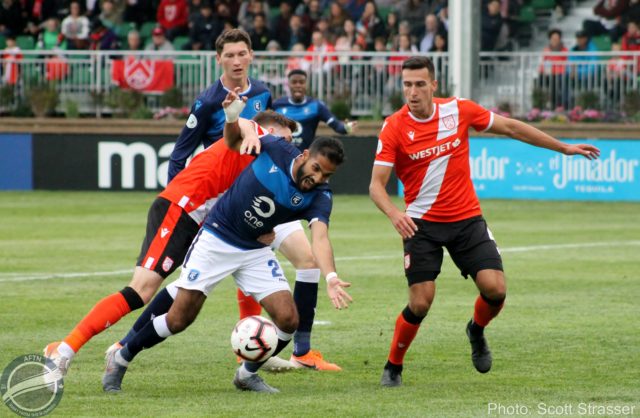 FC Edmonton had a penalty shout, when Ajay Khabra was brought down in the box by Joel Waterman.

The absence of goals wasn’t due to any lack of effort on the part of either team, as both Cavalry and Edmonton generated plenty of scoring chances throughout the 90 minutes. The Eddies ended the match with 15 shots, while Cavalry had 10.

Edmonton’s penalty shout came in the 18th minute, when Ajay Khabra was brought down by Cavs defender Joel Waterman, who was playing his first game back following a six-week layoff due to injury.

On 29 minutes, Edmonton had two chances to score during a frenzied few seconds in Cavalry’s 18-yard-box. Khabra curled a shot off the inside of the post, and the rebounded ball was eventually crossed back in. It fell to Edem Mortotsi just outside the six-yard-box, and he volleyed it towards net, but Giantsopolous corralled the Ghanaian’s effort.

Minatel then had a goal for Cavalry ruled out for offside just before halftime. The Brazilian took a touch to set himself up before slotting the ball into the bottom left corner. But the raising of the linesman’s flag quickly muted his celebrations. 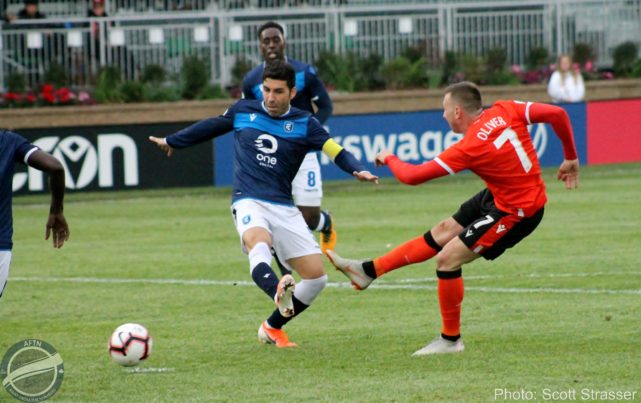 Oliver Minatel thought he put the Cavs in front with this effort in the 45th minute, but it was ruled offside.

“It’s a top-of-the-table clash, so it’s going to be fine margins,” Wheeldon Jr. said. “A bit of magic or a mistake is usually what wins these games. Neither happened for both sides.”

The back-and-forth nature extended into the second half, as both teams continued to test each other’s defences.

Eddies striker Easton Ongaro – who scored four goals in his previous three matches before taking on the club he spent preseason with – fired a low shot in the 52nd minute that went just wide of the mark after a brisk Edmonton counter attack down the right flank. 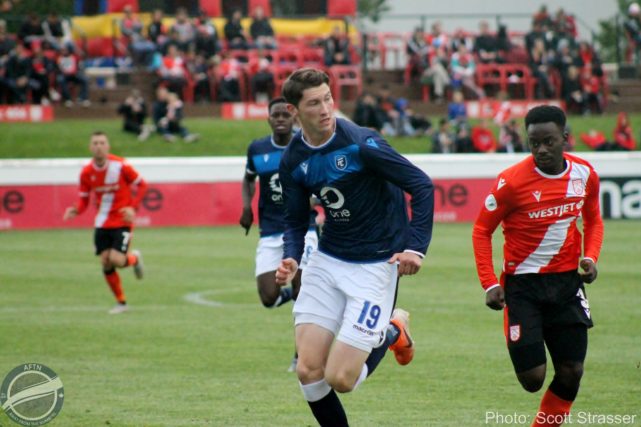 Easton Ongaro came into the match against Cavalry with four goals in his last three games. He spent preseason with Cavalry, before signing with his hometown team.

In the 81st minute, the Eddies hit the woodwork again, this time pinging a header off of Cavalry’s cross bar from close range.

Waterman had a great opportunity to break the deadlock for Cavalry early in stoppage time. A long throw-in from Nico Pasquotti was headed out of the danger zone, and the ball fell to Waterman near the penalty spot, and he fired his left-footed volley straight at Connor James.

“We gave everything we had,” Wheeldon Jr. said. “I say that time and time again, but that’s our DNA. What we need now is to ensure we can take this possession and work it higher up the pitch. But we need time on the pitch [in training].

“We want to score in front of our home fans, and we want to win these games. But we’re not losing.”

The draw doesn’t do much to change things at the top of the CPL’s fall season standings. Cavalry and Edmonton are still equal, with 12 points, though Cavalry has a game in hand. Third-place Forge FC will have a chance to leapfrog the two Alberta clubs, if they beat Valour FC today (Aug. 17).

“I’m never worried about whether we’re going to be in the fight,” Wheeldon Jr. said. “The good thing is, we’re still tied on points at the top of the fall season ¬– we’re not letting go of that.” 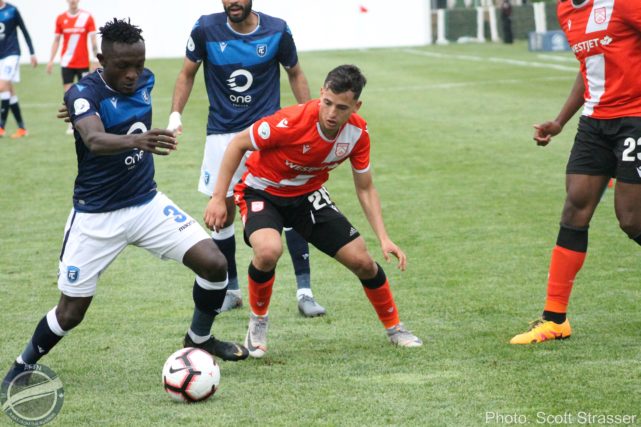 Carlos Patino had a good game for Cavalry, getting a rare start on the wing.