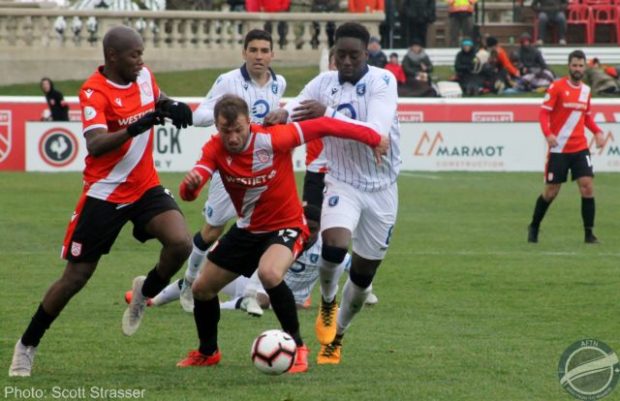 Less than 48 hours after going out of the 2019 Canadian Championship semi-finals to the Montreal Impact, Cavalry FC will have to get back to business when they take on FC Edmonton in Canadian Premier League action on Aug. 16, at Spruce Meadows.

In what is being billed as a top-of-the-table clash, the Eddies will come to Spruce Meadows full of confidence to take on a Cavalry side that is in the middle of a thick fixture schedule. Both teams are currently tied for first in the CPL fall season standings, with 11 points each, although Cavalry have a game in hand over their provincial counterparts.

Cavalry edged Edmonton both times when the two teams squared off in the spring season – the first CPL instalment of the “Al Classico” derby ended 1-0 for Cavalry back in May, while Tommy Wheeldon Jr.’s troops claimed a 3-0 victory in Alberta’s capital city on June 15.

But circumstances are much different this time around. After finishing the spring season with a respectable 4-4-2 record, the Eddies have turned things up a notch in the fall season, and have looked one of the CPL’s better teams in recent weeks.

In fact, the Edmontonians have likely gotten as used to winning as Cavalry, having only lost once since the last Al Classico.

Jeff Paulus’ side is currently playing its best football of the season, and the Eddies are riding a four-game unbeaten streak, currently occupying the top spot of the CPL’s spring fall season table with a 3-1-2 record.

In recent weeks, Edmonton’s success has largely been due to the goal-scoring abilities of striker Easton Ongaro, who has knocked in four goals in his last three games. The 6’6” striker – whom Cavalry opted not to sign following preseason – has formed solid attacking partnerships with Belgian Oumar Diouck and Tomi Ameobi, and it’s starting to pay dividends. Diouck and Ongaro, alone, have registered nine of the Eddies’ goals this year.

And let’s not forget the Eddies’ newest signing can be called upon – 30-year-old veteran midfielder Tony Tchani, who brings eight years of MLS experience to the table.

Captain Ramon Soria should also be available, after sitting out the last game due to an ankle injury, though Paulus told CPL reporter Stephen Sandor that international signing Son Yong-Chan still needs a week before he’s expected to return to the line up. 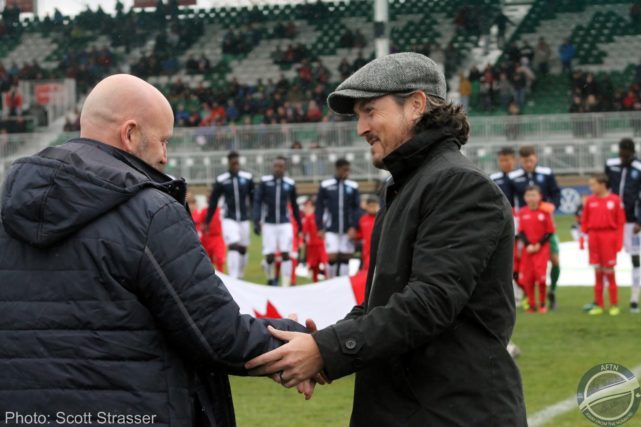 If ever there was a time for Edmonton to overcome Cavalry, this could be it. The Cavs are in the midst of a busy period that sees the team play five matches in the span of two weeks, and will be lining up against Edmonton just two nights after taking on the Impact.

“We will be rotating,” Wheeldon Jr. said after the Impact match. “For the health and safety of the players, 48 hours is not ideal. It’s the perfect time for Edmonton to be playing. It seems that we’re playing everyone who has a week to prepare to play against us.

“It’s not healthy, it’s not ideal, but we won’t make excuses. We’ll make adjustments. We’ll rotate the squad, because I’m not putting a bunch of these players back out on the pitch with only one day to recover.”

FC Edmonton, meanwhile, has had six days to prepare for the match, having not played since Aug. 10. 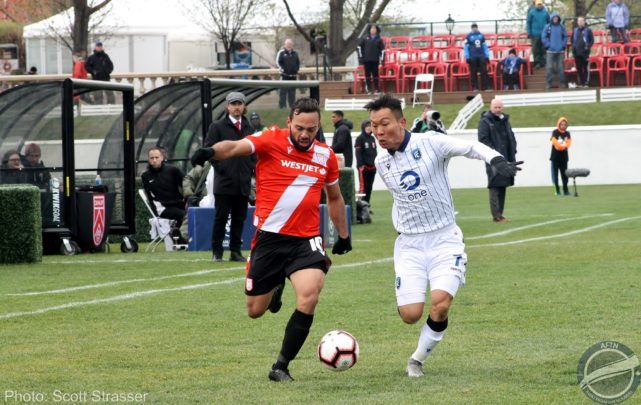 There’s also the increasing number of injuries on Cavalry’s end. While the Cavs managed to get through the spring season with only a few players sitting out, the fall season hasn’t been so kind.

Off the top of my head, I can count six players from Cavalry’s roster who are currently on the injured list – fullbacks Chris Serban and Dean Northover are out for the season with knee injuries, striker Jordan Brown was wearing an air cast at the second game against the Impact, Sergio Camargo has a hamstring pull from the first leg against Montreal, and defender Joel Waterman is still out from an injury he picked up several weeks ago.

On defence, Cavalry will miss the services of center back Jonathon Wheeldon, who will have to sit the game out due to an accumulation of yellow cards. With Waterman out, that means Wheeldon Jr. only really has Mason Trafford, Dominick Zator, and Nathan Mavila to call upon (all of whom played a full game on Wednesday) as well as 19-year-old Malyk Hamilton, who has shown well at right back when he’s played there this season.

In the central midfield, Cavalry still looks solid. Wheeldon Jr. has done a good job rotating Elijah Adekugbe, Nik Ledgerwood, and Julian Büscher this season to ensure they’re not too worn out, and all three should be healthy. With Ledgerwood missing Wednesday’s game through suspension, I’d expect him to start alongside either Mauro Eustaquio, who hasn’t played too many games this year, or Adekugbe, who was subbed off in the second half on Wednesday.

There’s also Oliver Minatel who could fill in for Camargo in the attacking midfield role if his hamstring is still an issue.

On the wings, Nico Pasquotti and José Escalante might be rested after both gave spirited performances against Montreal, so I wouldn’t be surprised if Carlos Patino and Malyk Hamilton get the start instead.

The injuries to Brown and Camargo – as well as the departure of U SPORTS draft pick Gabriel Bitar, who has returned to Carleton University – will mean Cavalry’s attacking impetus largely falls on the shoulders of Dominique Malonga and 16-year-old newcomer Aribim Pepple.

Considering Malonga played a full 90 minutes against Montreal, I wouldn’t be surprised if Pepple gets the start against FC Edmonton. He made his professional debut against HFX Wanderers last weekend, and enjoyed another cameo appearance against the Impact on Wednesday. 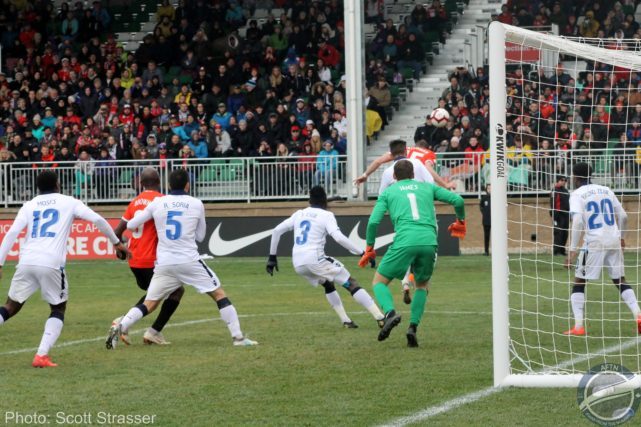