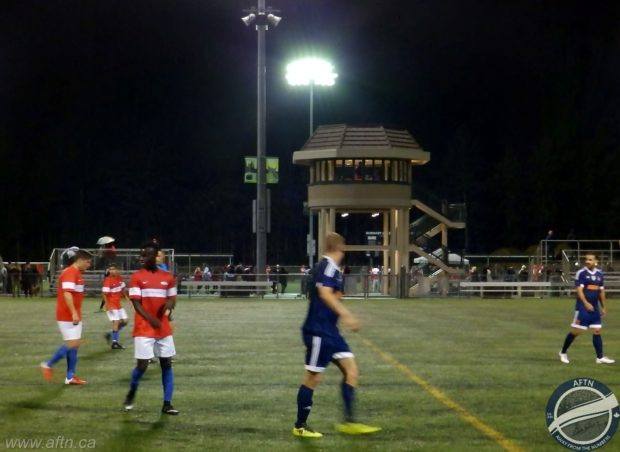 Only three teams remain unbeaten after Week 2 of the new VMSL Premier season, with a couple of shocks served up in the second slate of matches.

CCB LFC United, Club Inter EDC Burnaby, and Croatia SC still have one hundred percent records after their first two games, and with the trio all avoiding each other this coming weekend, they’ll be the sides that the rest are looking to knock off to prevent an early gap opening up at the top.

Inter saw off the 2015/16 and 2016/17 champs, Coquitlam Metro Ford Wolves, 1-0 on Friday night thanks to another Mohammad Habib goal, his fourth already this season. They’ve yet to concede a goal this year and certainly look stronger in all aspects after their summer merger with EDC Burnaby. 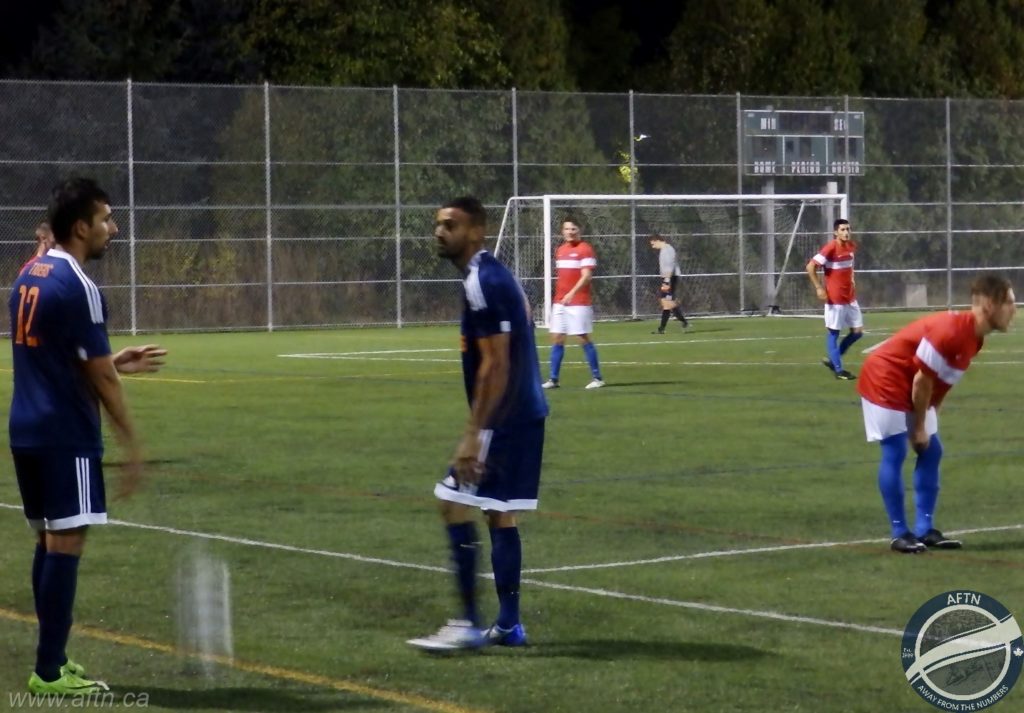 The first half was a fairly even affair, with Rovers Tigers having the slightly better of the chances overall, but it was Croatia who took the lead midway through when Mark Malamura finished a cut back just inside the box. Their lead was to last just a minute though, with Nick Soolsma restoring parity with a low long ranger from 20 yards out that the Croatia keeper really should have done better with.

That should have set up a cracking second half but Croatia found themselves in for a fairly comfortable time of it, taking the lead in the 56th minute with a lovely directed header from Mark Malamura from the edge of the box into the bottom left corner.

After that Croatia had a couple of chances to put the game to bed, but couldn’t take them, settling for a big 2-1 win this early in the season. Rovers Tigers looked out of sorts, lacking in attacking cohesion and communication. They’ll need to find it soon ahead of next month’s nationals if they’re going to make the impact many of us feel they are capable of.

You can see all the goals and some other highlights from the match (in varying degrees of quality and blurriness!) in our video below:

CCB LFC United are the other remaining unbeaten side in the Division, coming away with a 4-2 win on Saturday night at Newton against newly promoted Guildford FC.

Recent addition Milab Mehrabi hit a brace, with Robbie Giezen and Victory Shumbusho grabbing the others for CCB. Shumbusho’s goal was particularly special, with the UBC man playing his first game in 11 months as he comes back from injury. Harneiv Jagpal grabbed Guildford’s first two goals of the year.

The other newly promoted side, NVFC Norvan, got their first points, and win, of the new season with an excellent 2-0 victory at an already struggling Pegasus SFC. Matthew Hartwell hit his second of the season, with Marius Ciobanu grabbing Norvan’s other in the win.

There was a shock at Minoru on Friday night as Rino’s Tigers, who had won handily in week one, dominated their match against Richmond Hibernian but found themselves on the wrong end of a 2-1 defeat.

The Hibs had suffered the biggest defeat on the opening weekend, but their young team bounced back big time with a solid counter-attacking display that saw them take the lead in the 57th minute through Brad Caldwell. Declan Rodriguez equalized for the Tigers a minute later, but they couldn’t find a second, and Connor Radil grabbed all three points for the home side with 20 minutes remaining.

That could yet prove to be three massive points for Richmond once the end of the season, even at this early stage of proceeding, and it’s three points Campo Atletico would dearly love to have in the bank right now.

Campo are the third of three teams yet to get off and running this season, going down to a 4-1 home defeat to West Van at Burnaby Lake on Saturday afternoon. A Desmond Tachie brace and goals from Paul Kelly and Tyler Leonard got the job done for the Amblesiders, with Zachari Ouariti-Zerouali getting Campo’s lone goal, and their first of the new campaign.

Those results leave the VMSL Premier Division standings as follows: 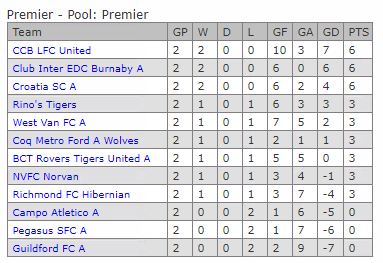 Division 1 is also already shaping up to be highly competitive this year, with the two promotion spots very much up for grabs. Half of the 12 team division remain unbeaten right now, but only two boast one hundred percent records – leaders Burnaby Metro Athletic, who are three for three, and newly promoted Vancouver Greencaps, who have won both of their matches so far. 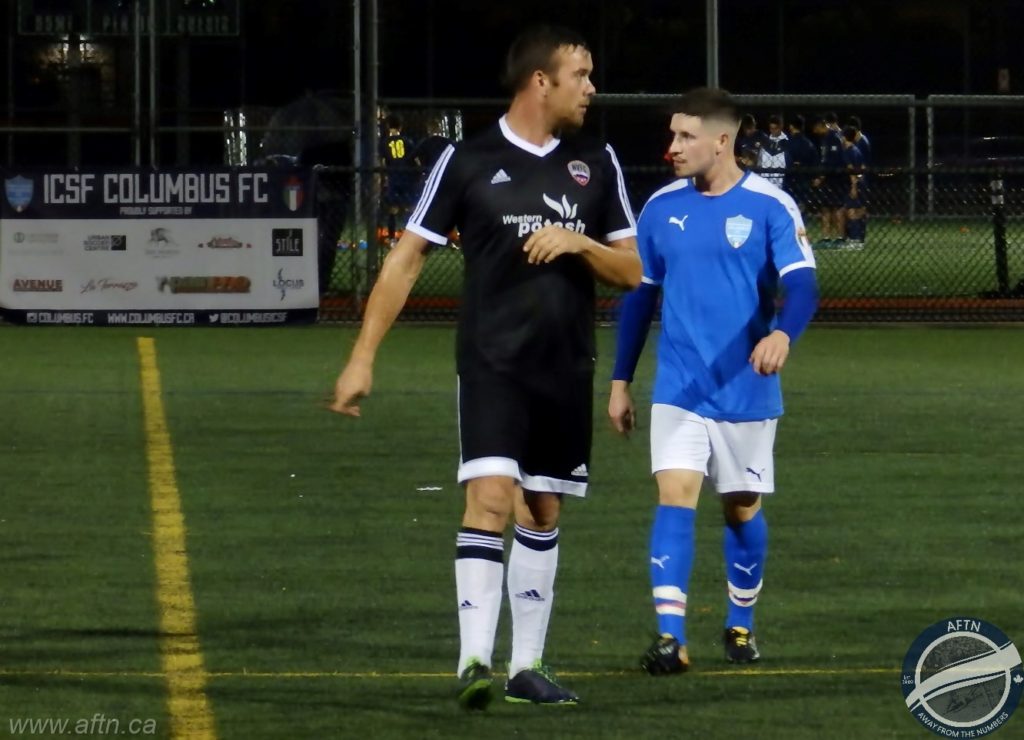 We caught the tail end of ICSF Columbus’ match with NVFC Norvan Storm at half time of the Croatia-Rovers Tigers game at Burnaby Lake last Friday. Our timing was impeccable and we managed to capture Columbus’ winning goal from their 2-1 victory. Enjoy!

You can find all the latest VMSL results, fixtures, and standings, on VMSLsoccer.com.