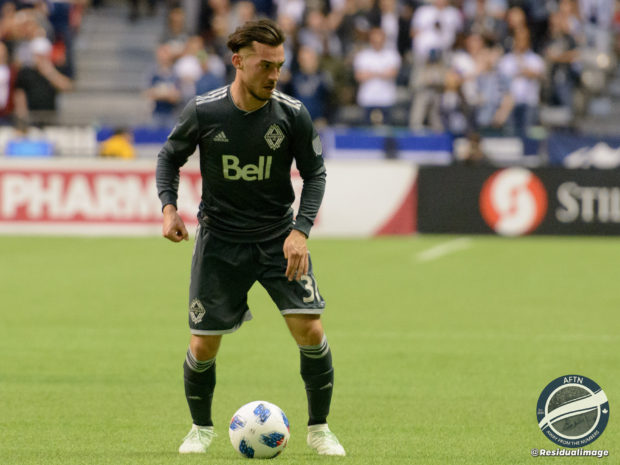 “Brutally honest”. That’s how Russell Teibert feels the talk has to be after Vancouver Whitecaps’ loss to Seattle on Saturday left their playoff hopes hanging in the balance and the team with a lot of work to do if they are to be in the postseason for the fourth time in the last five seasons.

Teibert acknowledges that while the Whitecaps may have put in a relatively strong showing this past weekend in the 2-1 defeat, it wasn’t enough to come out of the match with even a point, leaving Vancouver below the playoff line and four points behind their Cascadian rivals from Seattle and Portland with only six games remaining.

“You want to be as upbeat as you can,” Teibert told reporters after the Sounders defeat. “But this is sports, and this is one of those times where you feel almost sick to your stomach from the result, because you put so much into it, and we created so many chances.”

Ultimately the truth is it doesn’t matter how well you played, if you don’t get any points by the end of it, it all counts for very little.

With the Whitecaps giving up two goals before half time, they got themselves into a hole they just couldn’t manage to dig themselves out of, and it was the 17th time in 28 MLS matches this season that they had conceded at least two goals in a game.

Somewhat incredibly, they’ve taken points in 10 of those matches, winning four and drawing six, but their luck ran out this past weekend. Not that they didn’t have their chances, firing off 21 shots on goal.

“It comes down to both boxes, and I know we’ve said that a couple times this year,” Teibert added. “But we can’t come out of this game and say we deserved or were expected to win when we aren’t clinical in the final third, or not clinical enough in the final third, with the amount of chances we had, and we make a few mistakes at the back that cost us two goals. Seattle’s a quality team and if you really want to come out of the game and say you deserve to win, you’ve got to make sure you take care of business in both boxes.”

The lack of finishing was frustrating beyond belief against Seattle, but it wasn’t just that.

It was the poor decision making in and around the Sounders box, the overhit passes, the six blocked shots, the decision to go for a shot that didn’t really look on when all you had to do was look up and see a better passing option available, the holding on to the ball too long and losing possession, and the desire to take that one turn or touch too many. All very disheartening and with a number of culprits.

Do that and you won’t get much out of too many matches.

“It’s decision making,” Teibert said. “It’s understanding the game. It’s understanding the personnel, your teammates around you, and the relationships you have with the guys. Knowing where they’re going to be before they get there. Knowing the quality you need to have, the weight on the pass. All the little details that make a championship team and if we want to be a championship team, we need to take care of fine details.” 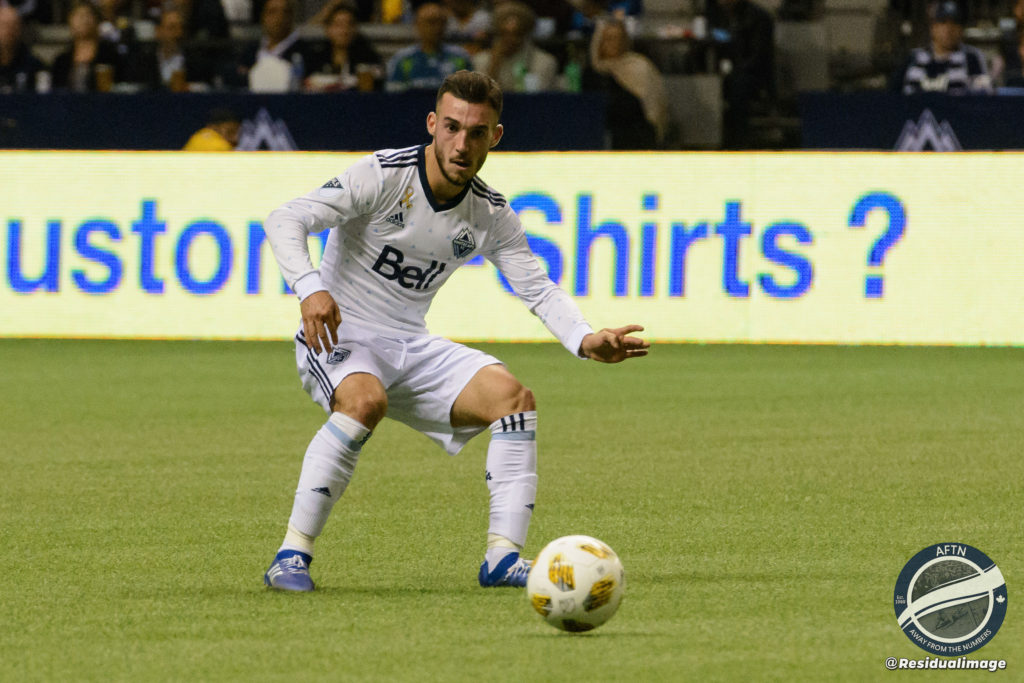 Adding to the frustration was the opportunity the Whitecaps blew to capitalize on both Portland and Real Salt Lake surprisingly dropping points. When you’re outside of the playoff picture looking in, and the matches are running out fast, more often or not you’ll need a little bit of a helping hand from other teams along the way. Vancouver got that on Saturday, but if you don’t get the job done yourself, that’s one massive wasted opportunity.

“You can’t rely on the table, and you’ve got to take care of business yourself,” Teibert agreed. “And you’re right, you’re right in what you’re saying, but that being said, we can’t look at this game and say okay, we give up. We’ve got six games left and we’re right in contention. We move past this game, and we thank the rest of the teams for taking care of the table for us this weekend. But if we want the table to take care of us the rest of this season, that’s not going to be possible.

“We need to take care of business, especially at home. I called this game a championship game. I can’t even put into words the magnitude of the next game here against one of the best teams in the league.”

That next game comes this Sunday when FC Dallas head to B.C. Place. Sitting in second spot in the West, one point behind leaders Sporting Kansas City, this may be a ripe time to get them. They only have one win in their last four MLS matches and two in their last seven, although the glass half full pundit would perhaps focus on the fact that they’ve only actually lost one of the last five.

After that Vancouver face two tough games on the road to visit the LA Galaxy and Toronto. Sporting KC at home, LAFC away, and Portland at home round of the Whitecaps’ season. That’s tough when you have the points on the board, never mind when you\re chasing them.

What does the message need to be the players for this run-in?

“The message would be very simple,” Teibert told us. “It’ll be clear your mind, play smart, play with your heart, and don’t look back, however many weeks from now, and have any regrets or any excuses. Put everything on the line for this club to get us into the playoffs.”

Playoff prediction sites rate the Whitecaps chances of making the postseason from a low of 21.4% to a, what feels something of a rather generous, high of 35%. A pretty wide variance, that doesn’t carry much stock with the ‘Caps squad.

“We believe that we can do this,” Teibert said. “You can’t say every week that we’re going to have, I don’t want to call it luck, but we’re a good enough team to make the playoffs. 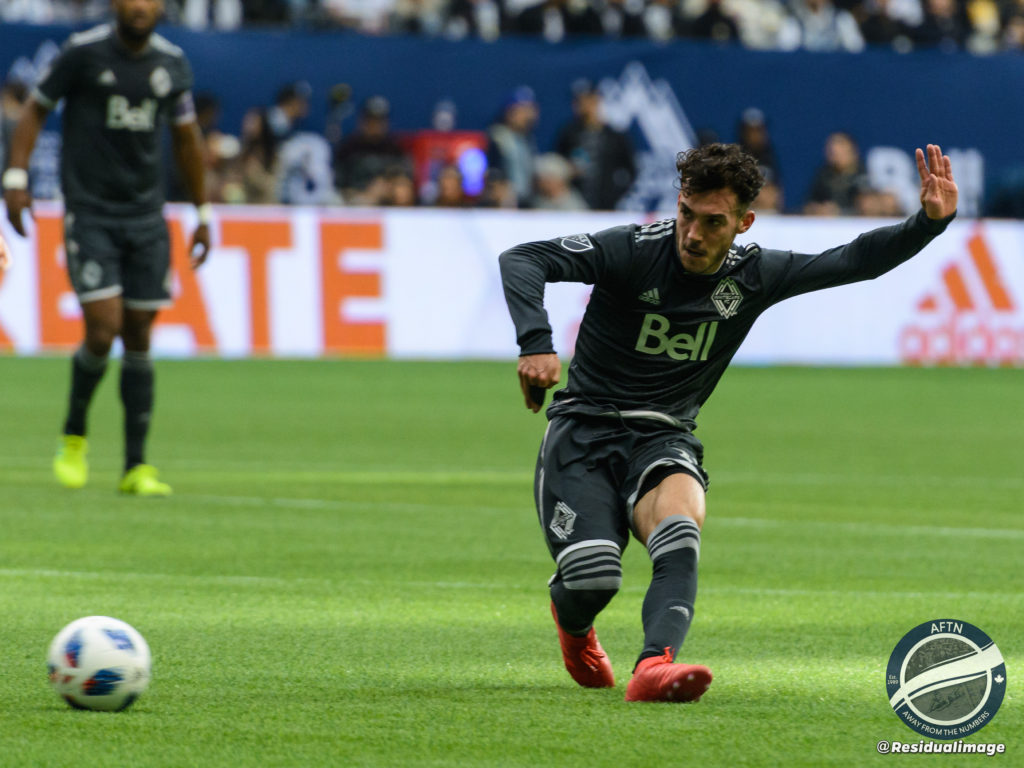