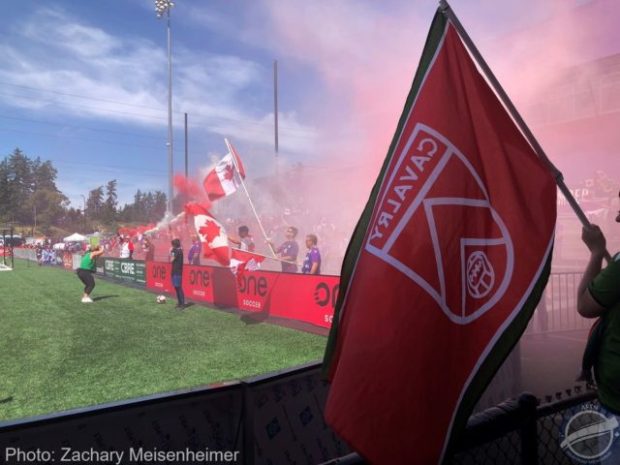 An action-packed second half on Canada Day that included four goals and a trio of red cards ended the 2019 spring season for Canadian Premier League teams Cavalry FC and Pacific FC.

Despite starting the match day at the bottom of the CPL table, Pacific showed up on Canada’s birthday to overcome a Cavalry side that came into the contest with a league-leading 8-1-0 record.

With the spring league title already secured in the previous match, Tommy Wheeldon Jr. took advantage of the situation to give some of his starters a well-deserved rest, while blooding in players who haven’t featured as much this season. Usual starters who were rested included Nico Pasquotti, Sergio Camargo, Dominick Zator, Jose Escalante, Jonathan Wheeldon, and goalkeeper Marco Carducci.

Cavalry’s starting 11 included all three of the club’s U21 players, including 18-year-old midfielder Victor Loturi, 19-year-old Malyk Hamilton and USPORTS draft pick Gabriel Bitar. Other Cavalry players who got the nod included Oliver Minatel, who only recently returned to the squad from injury, and goalkeeper Niko Giantsopoulos, who made his first start in a CPL game.

Pacific also took the opportunity to give some players who haven’t seen much action so far a run out, including former Whitecaps keeper Nolan Wirth.

It was perhaps telling that OneSoccer’s after-game highlight package only included incidents from the second half – Neither team created much offensively in the opening 45 minutes, though Cavalry edged Pacific 54-46 in possession and bettered the home team in shots, corners and crosses.

While the first half didn’t feature any clear-cut chances, the second 45 minutes kicked off with a bang. Less than three minutes after the restart, Pacific brought their fans to their feet with a goal from 17-year-old Ahmed Alghamdi.

Alghamdi – who had only completed high school a few weeks prior – collected a failed clearance from Cavalry at the top of the box, took a touch to set up his shot and then curled the ball into the top-right corner for his first professional goal.

ALGHAMDI SWINGS ONE PAST GIANTSOPOLOUS

🌊 @Pacificfccpl youngster Ahmed Alghamdi gets his first professional goal, with a wonder strike from outside the box!

Cavalry didn’t take long to shake off the shock of Pacific taking the lead, however. Just on the hour mark, Hamilton played an out-swinging cross to the back post from the right that Loturi managed to head goal-ward. The ball bounced back off the post and striker Dominique Malonga was able to bundle the ball over the line to make it 1-1.

The scrappy goal marked the Congolese international’s fourth of the CPL season, bringing him level with Forge FC’s Tristan Borges and FC Edmonton’s Oumar Diouck at the top of the goal-scoring charts.

The action continued 15 minutes later, when Pacific scored yet another goal from outside the box. Victor Blasco collected a pass 10 yards inside Cavalry’s half, took a few touches forward and then let fire a shot from 25 yards out that found its way past an outstretched Giantsoupoulos and into the bottom left corner.

It was a worthy present for Blasco, who was celebrating his 25th birthday. The Spaniard’s strike also marked the first time Cavalry had conceded more than one goal in a single game.

✋ IMMEDIATELY following a @pacificfccpl red card, @victorblasco_ bangs one in from outside the box to take the lead again with a man down!

Down for the second time, Cavalry pushed for an equalizer. Things got chippy after the 70th minute, when Dean Northover and Alexander Gonzalez tangled their legs while battling for the ball. The two players continued to squabble after the play was over, and Northover put a hand to Gonzalez’s face, which resulted in a short dust-up that, for some reason, ended with both players being sent off.

A minute after coming on as a substitute, striker Jordan Brown came close to scoring for Cavalry in the 80th minute, but for a goal line save from Pacific keeper Wirth. The 24-year-old added to his heroics between the pipes with another save in stoppage time, when Bitar charged into the box from the left and let fire a shot.

Like Giantsopoulos, Wirth was earning his first minutes in the CPL, and his seven-save performance earned the Vancouver Island native a Man of the Match honour.

Shortly after Bitar came close to netting an equalizer, Cavalry earned a second red card on 94 minutes at the other end of the pitch, where Eustaquio used his hands to bring down a Pacific player on a breakaway.

As if to add salt to the wound, Pacific doubled their lead with the ensuing free kick. Issey Nakajima-Farran, who came on in the 84th minute, bent a perfect ball up and over Cavalry’s wall and into the top left corner of the goal, marking the Canadian international’s first goal in a Pacific jersey.

🔥 @isseynfarran slots a final minute free kick in style to close out the victory for @Pacificfccpl!

The stunner was the last kick of the game, as the referee blew the whistle to end the contest before the restart.

The two sides won’t have to wait long before playing each other again; Cavalry will return to Westhills Stadium July 6 to open the Fall season against Pacific. 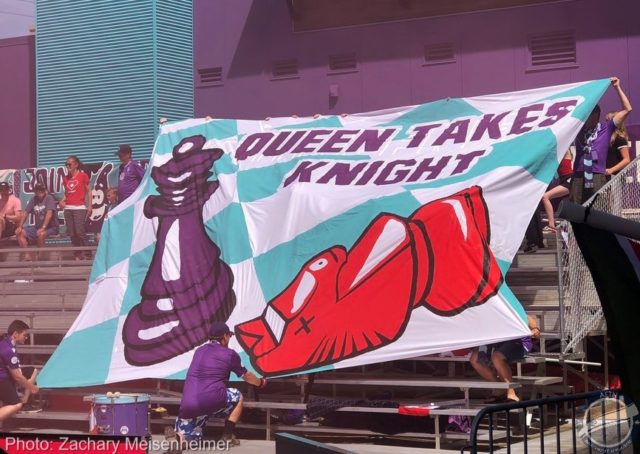 On Pacific’s performance and team effort:

“You could see it right from the start – we were connecting and wanting to play. We finally found that goal, and it led to more success in the final third. Overall, I thought it was a very good performance collectively as a team.”

On earning his first CPL start:

“I’ve been training hard and have been eager. I had an injury a little while ago, but I’ve just had my head down and finally, my name was up on the board. I just put my best foot forward.”

“Today is the biggest day for Canada. It’s Canada’s birthday, and we went out and gave Canada a present – not the Calgary part of Canada though.”

“I just think in general, we’re working very hard. People can see it. It’s a great way to end the season. We know our weaknesses. We know we’re a young team, and we want to play a certain way that, sometimes is great, and sometimes is hard to do. It’s no excuse for us, but this is a start for us.”

On beating an “under-manned” Cavalry team:

“So are we. We’re playing with so many injuries. I think in that way, we’re the unluckiest team. We’ve played with so many injuries throughout the season, and even though we have injuries to key players, we keep playing the way we want to play. I believe that’s the way we’re going to succeed. The fans were amazing again today and it’s looking good.”

On how Pacific will build for the fall season:

“We just focus on the day-by-day. We have a very clear philosophy in how we want to play, and that’s our focus. [Next Saturday] will be another game.”

On Alghamdi scoring his first goal as a professional:

“It’s great. I think he’s very talented. He’s young and has personality. It takes a lot of courage, not only to score, but to play the way he played, demanding the ball. He’s just an example of what we’re building as a team.” 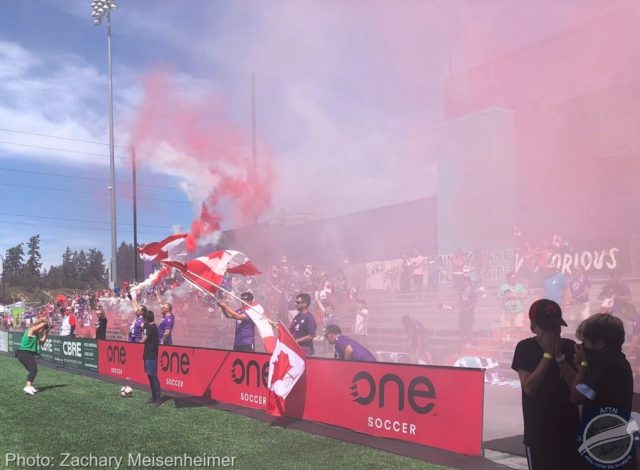 “It was an opportunity to rest some players and an opportunity to give others a chance. Some took it and some didn’t. What we showed is that no game is just a nothing game for us. We like to play. At the end of the game, Mauro Eustaquio is refusing to lose. That’s the spirit we have. Today with Pacific, they have to enjoy that win, and we’ll go again Saturday.”

On how Cavalry will respond to having a target on their back for the Fall season:

“Pressure is a privilege. We have to enjoy those moments. We had a great spring season. We have to go again and just keep going. We’re a good bunch – no matter who we put in the line-up, we’re tough to play against. I think we’ll take the next game on Saturday against Pacific and feel each other out again.”

On Northover and Eustaquio both getting red cards and suspensions:

“I don’t know what the referee is going to write up, so we’ll cross that bridge [when it comes]. We have a 23-man roster and 22 fit players, with two suspended. We have a deep squad, so I’m not too concerned about that. I just feel sorry for Dean and Mauro because they were the ones who took an opportunity to play and were probing.”

On Cavalry staying motivated for the fall season:

“We didn’t want to lose this one, and this was a, so to say, meaningless game. The guys are disappointed in [the dressing room] and there were some choice words being said. That’s the accountability we want in this group. For us, it’s another league to win, irrespective of if we’re in the final or not.”

On Cavalry’s squad for the fall season:

“Nik [Ledgerwood] is back, we just didn’t bring him on this trip. We didn’t travel with Sergio Camargo, Jose Escalante, Dominick Zator – all these guys have been absolute giants for us in the spring season. It says a lot about our squad when we can shuffle like that and still compete to the death.” 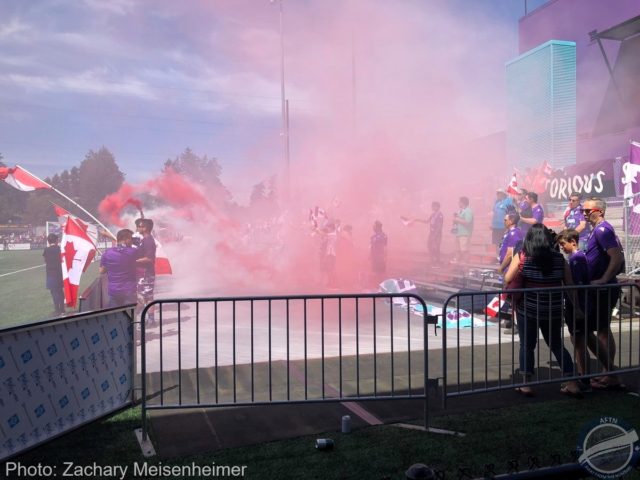