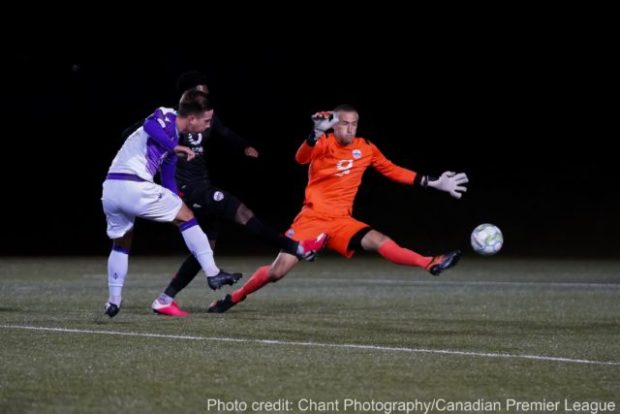 When Pacific FC went into Wednesday night’s CPL clash with Atletico Ottawa, a win would have sent them joint top of the Island Games standings, sitting pretty with one game to go and almost assured of a place in phase two of the tournament.

Fast forward 90 minutes, in a match Pacific dominated, and the Van Islanders were sucker punched by Viti Martinez’s last minute winner in a 1-0 defeat. A loss that saw Pa Modou Kah’s men finish the night in sixth place in the standings and fighting to keep their hopes of advancing alive.

That’s just how tight this tournament has been.

“It’s still in our hands and we’re still in there,” a philosophical Kah mused after the match. “It’s a tough one to take tonight but tomorrow is a brand new day, so we have to stay on point and focus on what we said we came here to do. That’s the process that we begun. So nothing changes for us. Is it frustrating? Yes, but also give credit to the team that wanted it most and Atletico wanted it most.”

When Pacific look at the game tape and the stats today they’ll wonder just how they didn’t get the job done. They dominated possession 61% to 39% and shots 17 to 8, although tellingly they only managed to have four of those on target. They struggled to break down a well organised Ottawa side, who then kept their own hopes of advancing alive with that last ditch winner.

“Every time you lose you learn,” Kah told reporters in his post game press conference. “Today we learn how we need to deal with teams that are sitting in low block and how quickly we have to move the ball.

“We were very slow coming out of the blocks. It can happen because of the short spans of games that we’re playing. It was basically ours to lose. I like to call it a trap game. Because you are winning two games in a row, people expect you to win this game because it’s Atletico, but they’re very well coached and you can see that it’s not a fluke. They know what they’re doing.” 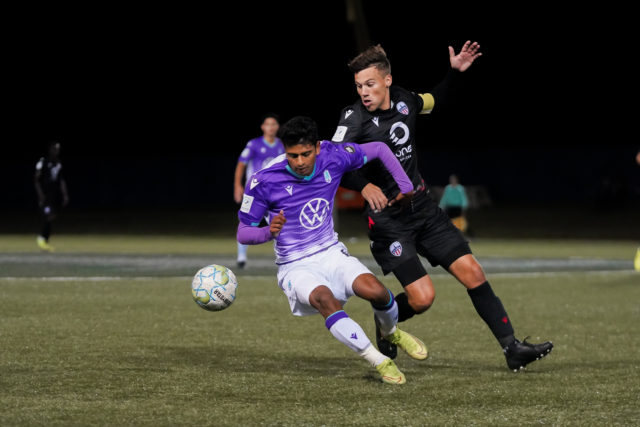 Pacific now finish off their first round group games on Sunday with another one of those matches. A game against last placed FC Edmonton, a team who are already eliminated from contention, who have struggled to score all tournament, but have also been hard to break down defensively.

It should be in their own hands. A win and they’ll most likely be in. Just don’t tell Kah that the game is a “do or die” encounter, as was put to him postgame.

“It’s not do or die because it’s not about life,” Kah responded. “Do or die is for the people that are suffering and getting killed by police brutality or all of this other stuff. We’re playing a game of football and that’s the beauty, we get a second chance, which you don’t get in life. So we need to take our second chance that we get on Sunday.”

It’s the very last match of phase one. By kick off, Pacific will know exactly what they’ll need to do to advance. It’s a very winnable match, but in football, as in life, there are no guarantees.

They still need to get the job done on the pitch and Wednesday’s loss to Ottawa should leave the team fully focused going into this one of the pitfalls that lie ahead if they simply don’t bring their A game.

“We have to perform and we have to do what we need to do, which is win to stay alive in this competition. There’s no other way around it. The boys know it and I know that boys are very disappointed because they wanted to win this game, but it’s another lesson for us to take forward, but we’ll definitely respond on Sunday.”