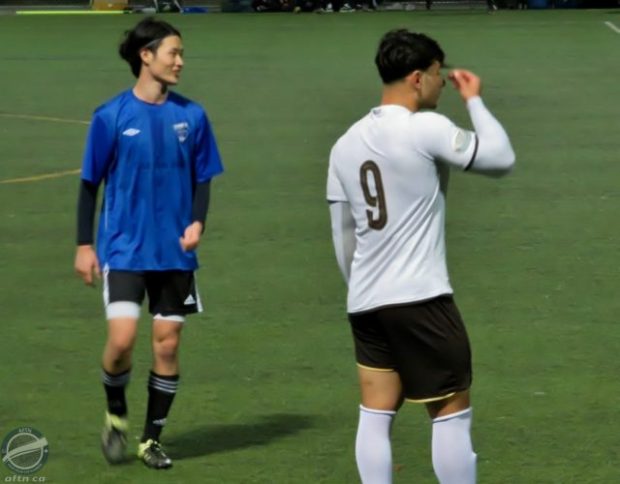 The bulk of the Vancouver Soccer League (VMSL) Premier Division action was put on hold this past weekend with the focus firmly on the 2022 Imperial Cup.

Nine of the Premier teams were in cup action in the Round of 16, with two already eliminated, and leaders BB5 United CCB advancing to the quarter-finals after Division 1 side Metropolitan FC were forced to forfeit the tie due to a lack of available players.

The action got underway at Ambleside on Friday night and it was the home side West Van FC that ran out 3-0 winners over SFC Pegasus. Paul Kelly opened the scoring for the home side in the 20th minute, with Dylan Bams doubling their lead just before the hour mark. Colin Phillips ended the game as a contest, and the scoring, with a 73rd minute penalty.

Thunderbird Stadium played host to the only game to go all the way as VUFC Hibernian edged out Division 1 side Westside FC on penalties after the teams finished tied at one apiece after 120 minutes of action. Stefan Colbow had given the Premier side the lead 12 minutes in, but Cristian Villatoro tied things up for Westside seven minutes into the second half. There were no further goals in the remainder of the 90 minutes, so the teams headed into extra time. With the deadlock remaining unbroken it was all down to penalties, with VUFC advancing 5-4 on spot kicks.

Inter EDC were the biggest scorers of the round, demolishing Division 1B leaders Rino’s Fury 6-1 at Burnaby Lake on Friday night. It felt all over early in this one as Inter raced out to a 2-0 lead just nine minutes in. Alan Camacho opened the scoring for Inter in the 5th minute, after the Premier side quickly pounced on some sloppy play out of the back from Rino’s, with Massud Habibullah added a second four minutes later. An Alex Marrello penalty added to Inter’s lead in the 34th minute before Habibullah grabbed his second of the night five minutes before half time.

To the Fury’s credit they came out fighting in the second half and pulled one back through Ryan Cooley four minutes after the restart. That was how it stayed until the last 10 minutes when Inter added two more through Camacho and Cesar Cona.

You can see our highlights from the match on our YouTube channel HERE or in the video below:

Coquitlam Metro Ford comfortably saw off Division 1 side Vancouver Greencaps 4-0 at Cunnings Field thanks to a pair of goals from Jovan Blagojevic and one apiece from Ryan Ashlee and Jadon Lashley.

Saturday afternoon also saw NVFC Norvan come away with a 4-1 home victory over Division 1 side Coastal FC thanks to goals from Jeremy Monn-Djasngar, Jurgen Weinczok, and Lucien Kessler, along with a Coastal own goal.

The Round of 16 action wound up on Sunday night at Burnaby Lake as a Quintin Desaulniers goal gave Croatia a narrow 1-0 victory over MAFC Elite.

Those games set up the following four quarter-finals, which will be played on March 4th and 5th:

One Premier game did take place this past weekend with BCT Rovers Hurricanes heading to Burnaby Lake on Sunday evening and dismantling Burnaby Selects White Eagles 5-1, with the Golden Boot leading Nick Soolsma adding another couple of goals to his tally.

Soolsma got the scoring underway in the 20th minute, but despite the final scoreline, this game remained closely contested until late on.

Vladyslav Matlash actually tied things up in the 70th minute for the White Eagles, but parity was to last only three minutes before the Hurricanes took over. Brady Weir restored the Surrey side’s lead in the 73rd minute then Soolsma added his second of the game, and his 25th of the season, four minutes later. Rahid Rahiem and Akash Adrakar found the back of the net in the final three minutes to pull the Hurricanes away, strengthening their sixth place in the standings and moving them to within three points of the top four and a guaranteed Provincial Cup spot with two matches remaining.

It’s back to League business for all 12 Premier team this weekend. Here’s what’s in store: