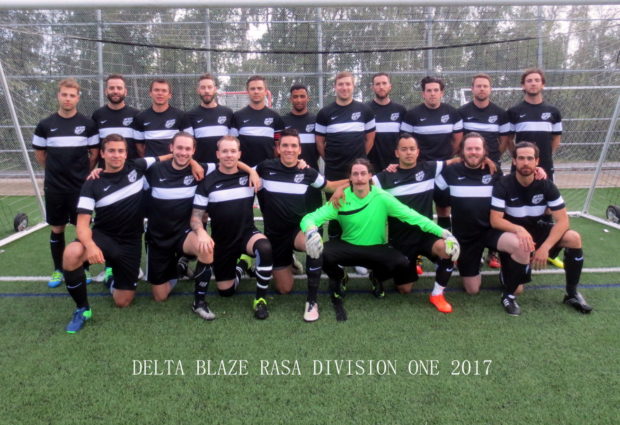 Delta Blaze completed a clean sweep in RASA League play in Division One last Thursday beating Vancouver Greencaps 1-0, giving them 12 consecutive victories. It was a close game, but 30 minutes into the first half Brad Caldwell volleyed a shot over the Greencaps keeper to give them the eventual match winner. It is the first time in the League’s 40 year history that a team in either Division has won all of its league games to claim the championship.

But can they keep their run going? On Thursday Delta Blaze meet Rino’s Originals in the semi-final of the Danny Burns Challenge Trophy while Binger’s Army meet Rino’s Tigers on the other side of the bracket. Will we see a shock or will the Blaze continue to make history?

The final matches of the Division Two regular season wrapped up last month.

Heading in to the final set of games, United Nations took on Vancouver Strikers with UN needing all three points to guarantee top spot in the league. The match was close, with chances coming from both sides, but there was no scoring in the first half. It was a back and forth event in the second half, but shots hit posts and crossbars, or streaked in front of goal with neither side able to find the net.

With only five minutes to go, United Nations got a free kick outside the Vancouver Strikers’ penalty area. The Strikers’ goalkeeper went to punch the ball clear but failed to meet the ball cleanly. There were shouts for pushing, but no call from the referee was forthcoming. That saw the ball bounce straight to UN’s Fraser Kirkland who easily headed into the net. The Strikers tried to even the score but the game ended with a 1-0 win for United Nations (pictured below) which gave them their first Championship victory since joining the League. 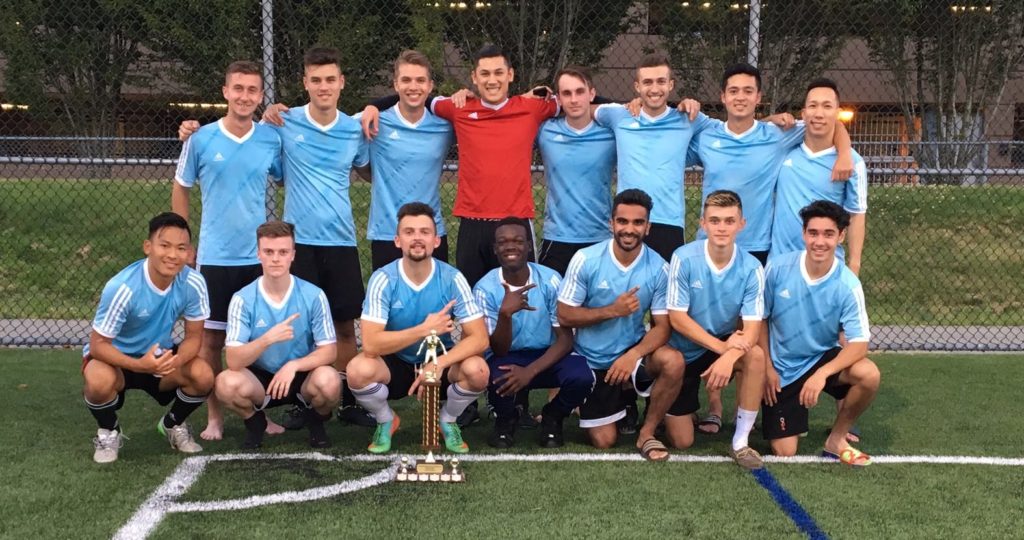 With the regular season over, attentions have turned to the postseason with the Division Two quarter-final matches of the Sportstown Soccer Cup kicking off last week.

League champions United Nations took on Ex-Pats FC in a thriller that saw both sides hit the woodwork. UN’s Fraser Kirkland hit the crossbar and when the ball bounced back to him EPFC’s keeper Lloyd August made a startling save keeping the game scoreless. Shortly after, EPFC got a breakaway but Edgar Lopez smashed one off UN’s crossbar.

Both sides hit posts and shot narrowly wide and it seemed destined to go to extra time, but with only 10 minutes left United Nations’ Ali Khasin blasted a shot past August for the winning goal.

That set up an all-Richmond semi- final of Richmond All Blacks and Richmond FC Olympics, also on Tuesday night, with the Olympics running out narrow 1-0 winners to clinch a place in the final.