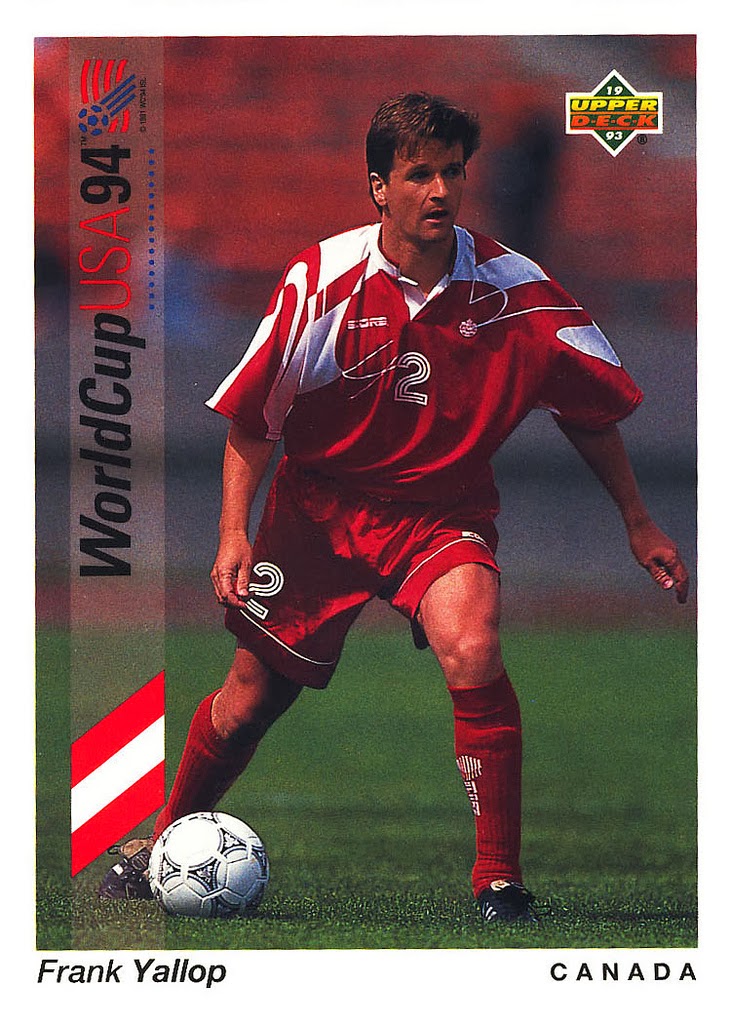 After weeks of rumours and murmurs, Martin Rennie’s reign as Vancouver Whitecaps manager has come to an end and former Canadian international Frank Yallop is favourite to be announced as the new Caps boss.
We’ve been told that Rennie was given the news today, with the club looking to go in a new direction under a new management team, with the two time MLS Cup winning Yallop likely to be at the helm.
The Caps ownership has felt that the club failed to show enough progress in Rennie’s second year at the helm and the failure to make the playoffs this season has been the straw that broke the Scotsman’s back.
Rennie leaves the Whitecaps after being in charge for 77 games (69 MLS and 8 Voyageurs Cup). His MLS record saw him with a 34.8% win percentage and an overall record of 24 wins, 19 draws and 26 defeats, taking 44% of points available. The Caps scraped in to the playoffs last season but failed to lift Vancouver’s first ever Voyageurs Cup in either season.
He did lift two pieces of silverware during his time with Vancouver – 2012’s Walt Disney Classic Cup and this year’s Cascadia Cup. In the grand scheme of things, they mean little except for some bragging rights and a bit of pride. In the cutthroat, must win environment of modern day football management, such things are nice but not enough to keep your job.
Rennie’s downfall can be pinned on a number of factors. Two key ones are the failure to achieve either of Vancouver’s two main goals this year (reaching the playoffs and securing Champions League qualification through the Canadian Championship), along with the perceived lack of sufficient progress by many when comparing the club to rivals like Portland, who overtook them big time this season.
Add in a rigid formation, playing players out of position, endless spin and what many feel has been a failure to learn from his mistakes, the writing was always looking on the wall for the Scot as soon as Colorado sealed Vancouver’s playoff fate.
There is no doubt that the Whitecaps have improved under Rennie.
They went from worst in 2011 to a playoff team last year, but two late season collapses have taken the shine a little away from all of the other achievements. Rennie’s legacy to us is that he got the Caps playing some exciting, attacking and entertaining football at home, but struggled to know just what to do with his team on the road.
Wherever the future takes him, we wish him all the very best.
The sacking and Frank Yallop’s likely appointment is sure to be a polarizing decision for some fans, but we feel it’s the right way to go. What the Whitecaps need right now is someone leading them with experience and proven success in the game as both a coach and a player, especially a coach that knows MLS and knows how to win in the league.
And Yallop certainly knows how to do that, although it can also be argued that much of that success was a while ago now and the game has changed, especially in MLS.
After retiring as a player in 1998, Yallop went into coaching and was named as the Head Coach of San Jose Earthquakes in 2001, winning the MLS Cup in his first season in charge and being named ‘Coach of the Year’.
He won his second MLS Championship two years later, before leaving club football to take up the role of the Canadian national team manager in January 2004.
Yallop stayed in that job for two and a half years before resigning and returning to club football with LA Galaxy in June 2006, then going back to San Jose for a second stint the following year. 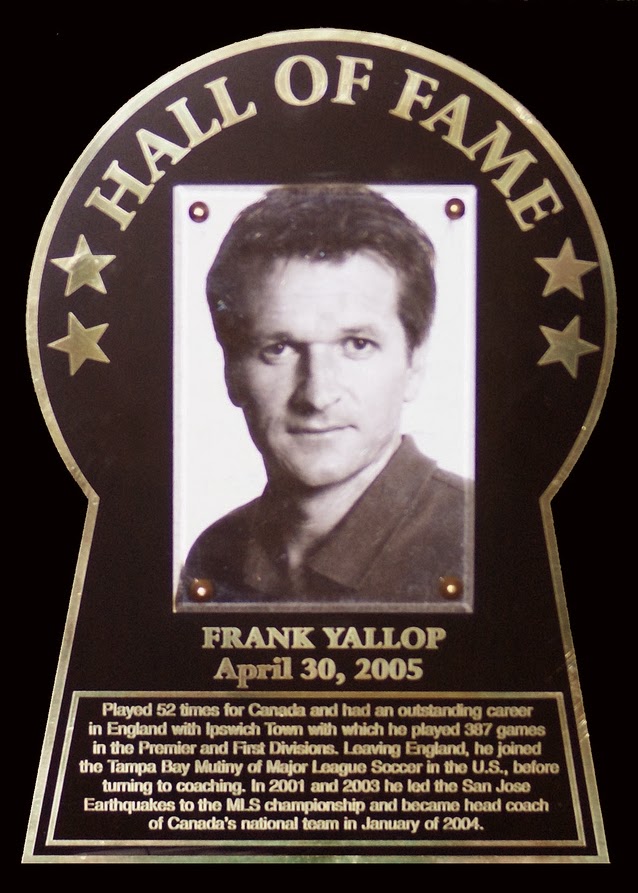 The Canadian Hall of Famer stayed with the Earthquakes for five and a half years, guiding them to the 2012 Supporters’ Shield, before his surprise sacking in June this year following the Quakes horrible start to the season.
It was a sacking that shocked his San Jose team, with Chris Wondolowski describing the decision as leaving him “speechless”, “devastated” and “gutted”at the departure of the man named as MLS ‘Coach of the Year’ just a few months previously.
Even his ex players were taken by surprise, showing the respect he has built up as a coach. Joe Cannon took to twitter and commented “Absolutely stunned by Frank Yallop leaving. I can’t understand this.”.
As a player, Yallop was capped 52 times for Canadaand played 14 seasons in Englandwith Ipswich Town, before returning to North America to play three years with Tampa Bay Mutiny in the early days of MLS, winning the Supporters Shield in his first season in 1996.
This is the type of experience, as player and manager, that helps a coach garner respect from his squad, especially those more veteran and experienced players who have also played at the top level of the game, some of whom have been quite vocal privately about the direction that the team was going under Rennie.
Yallop would come to Vancouverwith a MLS coaching record of 145 wins, 99 draws and 131 defeats from his 375 games in charge. That gives him an overall winning percentage of 38.7% and 47.5% of available points taken.
Not stunningly more than Rennie but sustained over eight more years in the League and with two Championship and one regular season title to show for it.
There is no word on the rest of Rennie’s management team but it is thought that Yallop would bring in a lot of his own personnel.
Paul Ritchie will likely be moving on to pastures new. This is disappointing to us, as we feel he was an excellent coach and his experience in playing at the top level was an asset to the club and earned him respect. He was never afraid to be the one to dish out the necessary bollocking after games or at training and we’re pretty sure he’s going to go on to be a great coach in his own right.
We fully expect Carl Robinson to stay at the club. He is well respected in the dressing room and MLS Golden Boot winner Camilo, was quick to heap praise on the former Welsh international yesterday for helping his game to become as successful as it has. We also wouldn’t be surprised to see Robbo groomed to take over as a future head coach himself one day. He certainly has all the right qualities.
It will also be interesting to see what role Joe Cannon may get under Yallop, with the pair having a good relationship going back a number of years.
Yallop will have had months to watch the Whitecaps in the second half of the season. He will already likely know which players he’d like to keep around and which ones need to go. We also expect him to hold a postseason training camp, which may start as early as this week, although don’t expect too many wholesale changes.
The lingering question many will now have is whether Yallop is the right man for the job. Is his experience and success in MLS exactly what the fourth year team are now needing in this league? Or was his 2012 Quakes a blip and he is a manager whose best days are behind him and he is coming to the team with outdated ideas that won’t be a success here? Yallop didn’t haven much of a playing budget to bring in top players at San Jose but spent wisely on talent. Will he get more to play with in Vancouver?
I guess we’ll soon find out, but we’re pretty confident that the right decision has been made and we’ll see the fruits of this next season. And we have to, because the Whitecaps cannot afford to take any backwards or even sideways steps with this appointment. This is a key one for the Caps footballing future.
Interesting times ahead in Whitecapsland.
Tags: Frank Yallop, major league soccer, managerial change, managers, Martin Rennie, MLS, Vancouver Whitecaps