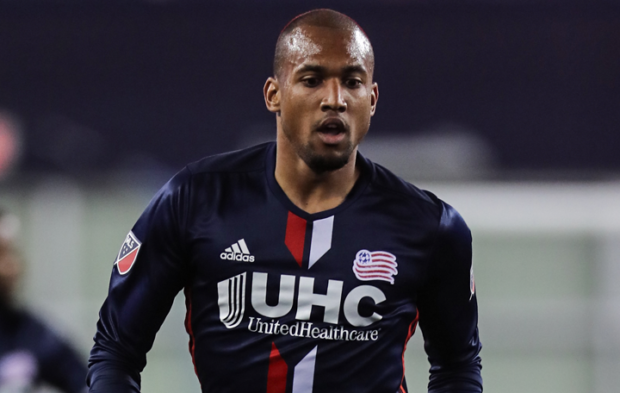 That’s the kind description. An awful match to watch another version. Dreadful display by both sides, another still.

In a game between two teams devoid of any real spark for much of it, a 53rd minute Teal Bunbury goal sealed Vancouver Whitecaps fate in New England as the Revolution ran out 1-0 winners in a match that if both teams had lost would have been fair.

There were more changes for the Whitecaps in their starting line-up, with the big one being Stefan Marinovic coming in for his first MLS start in goal. David Ousted was on the bench and Jordan Harvey was left at home, with Marcel de Jong getting his second start in three games at left back. Both rested or something more to read in to it. Officially it’s the former. We’ll leave it at that for now.

Cristian Techera also returned to the starting line up for Vancouver after an electric subs performance last weekend, while Yordy Reyna and Christian Bolanos dropped out for some rest.

The first half offered up little of note. A real snoozefest, with the main talking point coming when Matias Laba was forced off injured in the 29th minute after hitting the deck for the second time unchallenged. The timing of the Aly Ghazal signing could be impeccable.

The second half at least started a little bit livelier and Marinovic was welcomed to the league with a boot to the face from Je-Vaughn Watson six minutes after the restart. No card for the Revolution player, who can count himself lucky, especially with him picking up an actual booking later in the half.

Two minutes later and New England were ahead. Marinovic didn’t have a chance on the goal as Bunbury finished a fantastic ball in from Kelyn Rowe, after getting goalside of Tim Parker. It was a bad mistake from the ‘Caps centre back on what proved to be the match winner.

Lee Nguyen hit a dipping free kick on top of Marinovic’s goal in the 69th minute, following a video review that brought the ball right to the edge of the side of the box, then the ‘Caps headed up the pitch immediately, winning a free kick of their own, but Techera could only look on in anguish as his dipper crashed off the crossbar.

Vancouver pushed for an equaliser and had a chance five minutes into stoppage time when a great ball in from Techera was knocked away by New England keeper Cody Cropper as Whitecaps bodies queued up to put it away. Seconds later Fredy Montero had a chance to poke one away but had limited room to work with and Cropper made himself big with the save.

But it wasn’t to be and the Whitecaps came away with what they deserved from a lacklustre performance – nothing. There were some chances, and don’t get us wrong, New England weren’t a heap better and were awful themselves, but they did what mattered in front of goal. You can forget a dismal display if you end up with the three points.

Four points from three tough road games is a fairly good haul. Just not as good as it looked like being two weeks ago, and with how tight the west is getting, points lost against low ranked teams could prove catastrophic come season end. The Whitecaps games in hand will count for nothing if they don’t get the points on the board.

But the next spell of matches are season defining ones for Vancouver. With six of the next seven games at BC Place, five of them against Western Conference opposition, it is imperative that the ‘Caps get a large number of points on the board for a run-in that ends the season with four of five on the road.

The team is still very much a Jekyll and Hyde one. We may find out which side is winning through shortly.

Post-match thoughts from the man in charge. #VWFC pic.twitter.com/yqhDAmdbfl