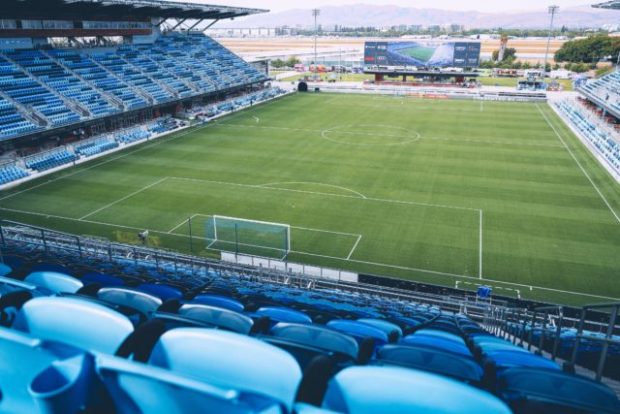 Vancouver Whitecaps extended their unbeaten run to six games with a goalless draw at San Jose Earthquakes on Friday night. It’s a run that’s seen them go over a month without a defeat and with just one more road game to come midweek before the ‘Caps finally have a run of four straight league matches at BC Place, it’s another building block on the foundations of what they hope this season could still become.

The flip side of it all was that this was the fifth straight draw for Vancouver and a game that they could, and arguably should, have won. They only created one real goalscoring chance six minutes in, but aside from that they couldn’t get a lot going up front. Defensively though, this was one of their best outings of the season, negating nearly everything that San Jose could muster.

With injuries continuing to plague the Whitecaps, not to mention some players being out of form and some only good to go half an hour max, Marc Dos Santos was forced to mix up his line up again. A calf strain ruled out Erik Godoy and Andy Rose came in to marshal the backline. Caio Alexandre had a poor outing last week against the Galaxy and dropped to the bench to give Leonard Owusu a rare start. With Lucas Cavallini ruled out for at least six weeks with a knee injury, Brian White led the line, with Ryan Raposo getting the start on the right for Cristian Dajome, who was on the bench but deemed good to go for 20 to 30 minutes at best.

After the teams exchanged a couple of half chances, the Whitecaps had a great opportunity to open the scoring six minutes in. Raposo did great work to power forward slipping in White, but a slight slip from the ‘Caps striker took a bit of power off his shot and JT Marcincowksi made the save and the rebound was cleared before Raposo could get a foot on it.

We didn’t know it then, but that was as good as it got for the ‘Caps.

Raposo’s pace was causing the Quakes defence a lot of problems, but neither team could carve out any real clear cut chances and the teams headed in to the half scoreless.

It was one of the liveliest first 45 minutes from Vancouver this season and certainly something to build upon with some danger on the bench waiting to come on.

The second half started in much the same vein but as the hour mark approached the Whitecaps brought on Gauld and Dajome and it felt like a whole new dynamic.

It was San Jose who came the closest yet just minutes later when the Quakes big midsummer trade Jeremy Ebobisse fired in a fierce low shot which Max Crepeau superbly touched onto the right post.

Neither side could get any real goal threat going, and with the game deep into stoppage time, San Jose sub Cade Cowell could have stolen the three points but let the ball run past him at the back post.

Despite the lack of goals, there was some exciting build up play from the Whitecaps, especially with the introduction of Gauld. Defensively they were also solid, and while we come away still saying they have to turn these draws into wins, this one was enough to lift them off the foot of the Western Conference standings, one point above Austin, who they now meet on Wednesday.

Mid August feels a little early to be saying ‘must win game’, but this really feels like it is one. For both teams.

“We have Saturday, Sunday, Monday, Tuesday and we just play Wednesday night. It’s hard for me to give you an assessment so I don’t know, I don’t have information on them. I think it doesn’t look as bad and they both could be possibilities for the game against Austin.”

On the defensive performance & depth:

“Jake had a moment with us where he was a in a little bit of a low, he wasn’t in the best spot or none of us were in the best spot. He was able to fight through it. It’s a player who we trust but it’s also a player that plays in a position with lots of competition, with Javain, Bruno, Guti. But today, I felt both Javain and Jake were incredibly important to do what we wanted to do out wide. When they got guys in tight spaces I think our back four was incredibly aggressive in their marking, Jake was good reading the switch, Javain was good reading the switch and that’s part of the game of San Jose they invite you to one side and then they switch it. It’s great for the team to have all these options.”

“I think it was up for grabs, in the first half we wanted to attract them and exploit the spaces between the lines. We had one chance with Brian early and after that we were compact defensively. In the second half, we were a little more low at some points in the game but they didn’t really have a lot of chances and they didn’t really play with a lot of volume in our third but we had our moments as well with possession in their half, that’s what we need to build on for the next game against Austin.”

On turning draws into wins:

“In the position we are in, with the games remaining, we know we have a lot of games at BC Place so we have to win as many games as possible. We’re not winning but we’re not losing either so it’s all about finishing our chances creating more, being difficult to break down defensively. It’s about winning games, the clocks ticking slowly so we gotta start ramping it up.”

On playing one last away game before going back to BC Place:

“We know the reality playing away for a long time, playing away is a reality we just have to accept it and just go with it, we need to go [to Austin] for the last away game before playing home games at BC Place with our fans.”

“It was a great match. Not the result we wanted but we still give thanks for the result. We didn’t lose the game.”

“For me personally, I’m just going into each and every game and try to improve.”

On the pace of the match:

“I think in tonight’s match, we were missing more energy. We had our chances. They [Vancouver Whitecaps FC] had a chance in the first half. We had two or three, not very clear chances, but we were able to get shots off. We knew that Vancouver has been improving match after match, especially on the road. I think they were good defensively. I think in some moments, we messed up in our way to the attack. I still think it’s important to keep adding points even though we wanted to win. The team is still showing a positive face.”

“We will hope for some favorable results. We have been recovering in terms of football. There was a moment in which the team went through a bad streak and weren’t able to get points, and that set us further back from the playoff spots. We have two tough matches this upcoming week. We are thinking more about the game-to-game, rather than the playoffs. We want to play well and win. Surely up until the last game, it will be decided where and how far we go.”

On Cade Cowell’s impact on the match:

“I think our two outside players put in a huge effort. The idea was put in Cade and Carlos Fierro to get more energy and win out wide. We wanted to win the match. There was a clear message in our substitutions. We took the risk of becoming vulnerable to counterattacks. We ended up playing with almost all the forwards that we have. We weren’t able to win but we still added points.”

On playing left back and the result overall:

“Playing in a slightly different position, but a position I’ve played over the course of my career growing up a lot. Whatever’s asked of me, that’s what I’m happy to be doing. Happy to be on the field and try to help the team. Obviously, a bit a disappointed not to have three points at home in front of our fans but sometimes that’s how it goes. Fortunately, we were able to keep a clean sheet so that’s something to be proud of. We’ve got to turn the page and take the positives and the things we can improve on and get ourselves ready to go again because Tuesday will be here quickly.”

On his responsibility in the team’s new formation:

“Yeah, I think anytime you’re on the field, particularly as a defender, there’s responsibility to be a presence and organize people around you, communicate, and help the people in front of you defend because you can see things that they maybe can’t. Each time we play, however we’re lined up, however we’re going to press, defend, attack, we just need to go out there with a lot of conviction and try to get three points. As you said, we’re starting to build a confidence that we can compete each night.”