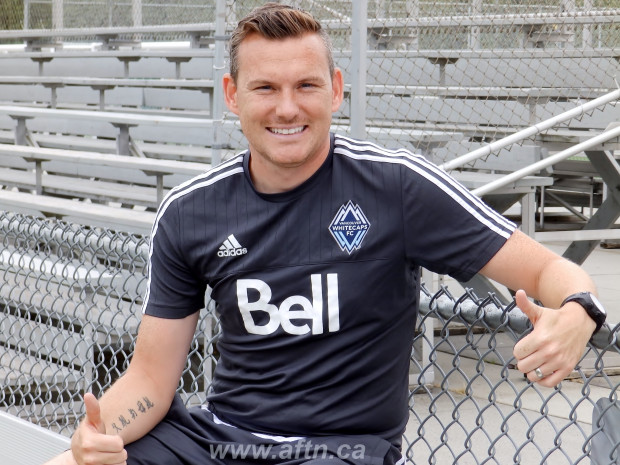 The number of UEFA Pro and A licensed coaches throughout the Vancouver Whitecaps system is impressive and has to be amongst the very highest in North American football.

Residency Under-16 coach Adam Day is just the latest one within the club.

Day has only been in the role since the middle of April, replacing Rich Fagan who moved up to be the U18’s head coach in January when Steve Meadley departed to become Alan Koch’s assistant with the USL side.

The WFC2 USL side was that vital missing link and having that team now, and seeing the likes of Jackson Farmer, Jordan Haynes and Mitch Piraux come all the way through the ‘Caps youth ranks and into that squad, has given a boost and a generated a buzz for Day’s U16 group.

“Absolutely,” Day told us. “You talk about my involvement with the club over the years and I’ve watched that grow as well. There is now that serious pathway from being a pre-Residency to making the first team. That wasn’t always the case and since I’ve been here, that wasn’t always the case. But now it is there and now it’s genuine for these players to believe that they can be a professional footballer.

“The USL team in it’s own right is a professional team, that plays in a very good, competitive league and that’s a good standard. Now, of course, the objective is MLS, but I think it’s just opened a lot more doors for many players and they can now see that pathway a lot clearer than they did maybe two or three years ago.”

And with the talent in the current U16 set-up only likely to get stronger with a further two or three years development in the Residency program, you have to think that there’s certainly a few of the current crop who will follow that pathway under Day and Fagan in the coming seasons.