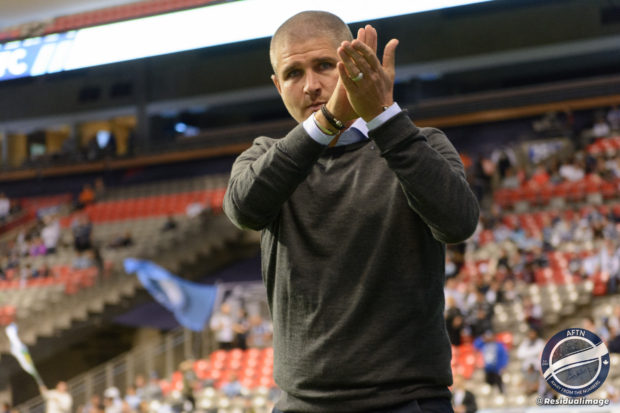 Kendall Waston is a free man!

An Independent Panel has rescinded Waston’s red card that he received in the 13th minute of the Whitecaps loss to Atlanta United last weekend. Waston was sent off for violent contact by referee Ismail Elfath following a video review of a coming together in the box with Atlanta’s Argentine defender Leandro González Pírez.

We don’t need reminding, but the ‘Caps captain saw red, and Atlanta were awarded a penalty, from which they scored and never looked back after that in the match.

The Panel, consisting of one representative each from the United States Soccer Federation, Canadian Soccer Association, and the Professional Referee Organization, were unanimous in their decision after the Whitecaps decided to appeal the decision with the support of the MLS Players’ Union this week.

A great end result, freeing Waston up to play at Columbus Crew next weekend and still letting Vancouver have two appeals for the season, but it’s anger inducing at the same time and doesn’t get the Whitecaps the three points back that they lost in the 4-1 defeat to Atlanta.

“It’s been rescinded,” a delighted Carl Robinson told reporters at Whitecaps training this morning. “I think common sense has prevailed, which is very good. It doesn’t get the result back, but obviously it’s a good outcome.”

Now we can argue all day as to whether the sending off and subsequent penalty made any difference to the end result. Would Atlanta have been too strong for Vancouver anyway? But it was definitely a game changer, and also derailed the Whitecaps’ chance to play with three at the back for the first time this season.

Waston is away with Costa Rica for two friendlies over in Europe (he didn’t start today’s game in Glasgow against Scotland), and would have missed this weekend’s match with LA Galaxy anyway, so it’s good to have him back in the fold for a trip to a Columbus side that has started the season strongly.

No suspension has been announced for Elfath. He isn’t schedule to referee a MLS match this week anyway, nor assigned to be a fourth official or VAR official. He’s away refereeing today’s Peru-Croatia friendly in Florida. Will he back next week or will he be forced to sit out? Let’s see!

For now, we’ll just leave you with our article on Elfath’s refereeing of Whitecaps matches HERE and point you in the direction of WhoScored.com, and the rather jaw-dropping amount of penalties and red cards awarded to away teams when compared to the home ones. 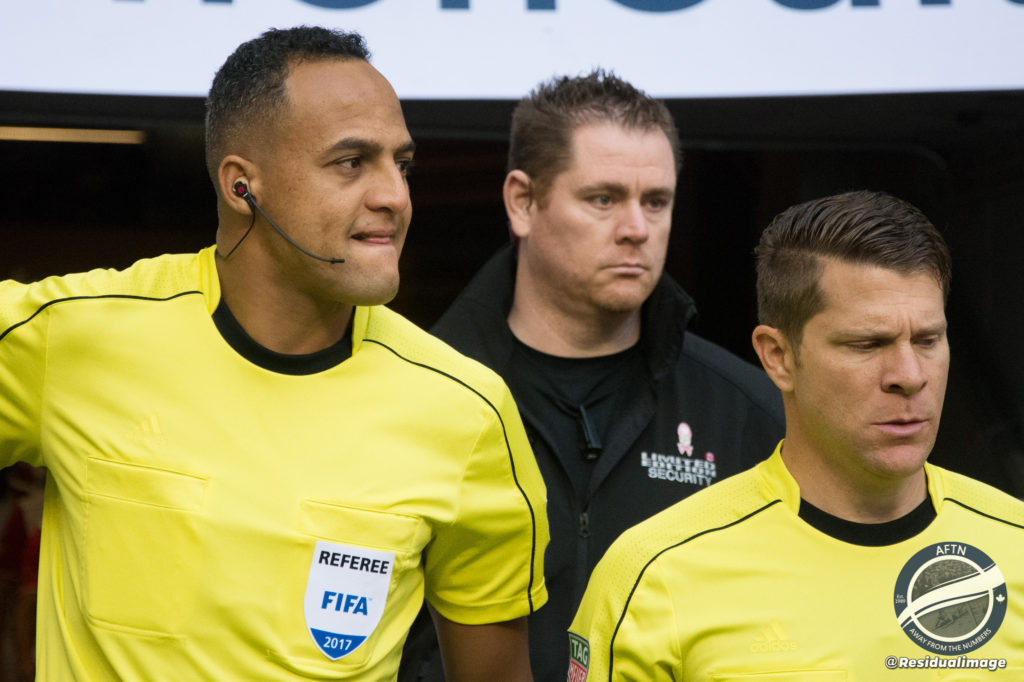 But no point wasting too much time and energy on it all now. It’s in the past and we just have to move on and accept that mistakes happen.

It’s the first time that the Whitecaps have had a VAR sending off decision reversed, and the fourth time overall. Last season saw Jack Harrison’s dismissal for NYCFC against New England, Roman Torres’ sending off for Seattle against LA Galaxy, and Xavier Kouassi’s red card for New England against Orlando, all reversed on appeal by the Independent Panel.

That’s not great considering VAR was meant to be there during games to make the referees come to the correct decision, but it’s still a small number thankfully. Refereeing in MLS has long needed to improve but has shown little sign of doing so. But Robinson feels things are moving in the right direction and will certainly improve now under the leadership of the experienced English official Howard Webb.

“It’s the first time for us, so it’s very pleasing,” Robinson said of the reversal of the VAR decision. “Howard Webb coming in has had a big push with that. Howard is such an experienced referee that if you look at his background, working up through the ranks in the non league, in the Conference North and things like that.

“He’s got his education and learned to make mistakes, as he’s gone up through the ranks and through the Premier League. He understands situations and deals with situations. I think the referees over here are doing their best. Sometimes the mistakes are magnified too much, but when it’s clear and obvious mistakes, obviously it does get magnified because we’re in a professional league. We’re a professional sport.”

Robinson revealed he had a discussion with Webb this week about the Waston decision and MLS refereeing in general, and was left feeling that the Englishman is certainly the man to improve officiating in North America.

“Howard has got a big job ahead of him,” Robinson said. “I know he’s the right man for the job and after speaking to him, I was frustrated, my blood was boiling, but I calmed down a little bit, because we’re all here for the same purpose. To try and grow the league, grow each team, grow soccer all over North America and he’s here as well with the officials and the officials are part of it.

“It’s easy to jump on them and hammer them, and at times I do, but in the right way, but we want to try and progress them as well and Howard is certainly the man to do that.”