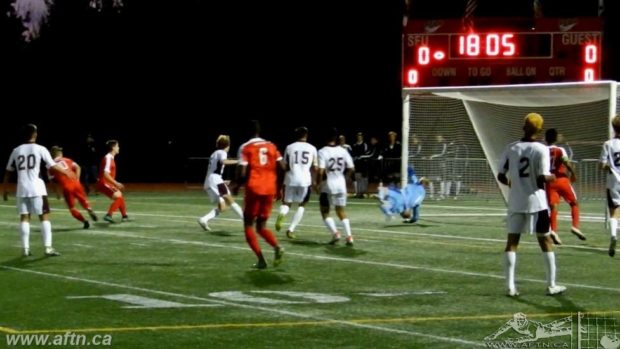 Simon Fraser University Clan look a force to be reckoned with in NCAA II this season.

A brace from Adam Jones (which you can see in the video below) and a close range finish from hot prospect Mamadi Camara gave the Clan a 3-1 victory over fierce rivals Seattle Pacific University Falcons on Thursday night in SFU’s home opener.

After a couple of unusually subpar seasons, the Clan seem to have their spark back and are starting to look like the team that went to back to back Final Fours in 2012 and 2013. The win over Seattle was certainly far from being perfect, and even with their strong start to the new season, head coach Clint Schneider feels the best is still to come from his team.

“Any time you play against SPU it’s going to be a big game,” Schneider said after the match. “They’re very good. Always very good. Well organised, well coached. I’m pleased we got a result. The frustrating thing is I know we can be better than that. So that’s also encouraging too, to get a result 3-1. I know we still have a lot left in the tank.”

The win maintains the Clan’s excellent unbeaten start to the season. Six games, six wins, with 14 goals for and only three against. A lot of improvement on last year already, and it’s still very early days.

As is always the case with university teams, there was a lot of upheaval to the Clan roster over the offseason. Seniors moved on to pastures new, while others are simply no longer on the team. In total, 11 players from the 2015 squad have departed, with 10 new additions coming in to join the core.

The Clan finished last year strongly after some struggles to start the season, but were overlooked for the national tournament, with only SPU taking part from GNAC. This year they’ve come out all guns blazing, a key factor targeted by Schneider.

“Towards the end of the season, we were really hitting on all cylinders,” Schneider told AFTN. “We were unlucky not to get into the national tournament last year. I thought that by the end, we had the team to do it. We really talked about how could we start better. That was a big part of our preseason. How we prepared.

“To get a game at home was nice, a breath of fresh air. To get the result that we did was great too. But that was the biggest change. To really make sure we prepared the guys better at the beginning. We’re doing the right things to get them ready for the end.”

That failure to make the national tournament also acted as a prime motivational tool for everyone at the Clan. This year they wanted to leave no doubts in the selection process, as they seek not just to return to the postseason, but to the Final Four and beyond.

“The expectation here is always to be there,” Schneider told us. “It’s always to be in the national championship picture. That’s why these guys come here. That’s what the program’s about. Historically, and recently too. With my predecessor Alan [Koch], we were part of three or four years. Hell of a years. They were right there in the conversation.

“To miss out completely was extremely disappointing. The guys that are returning, they don’t want to see that happen again. Starting this well in conference play is the start of that.” 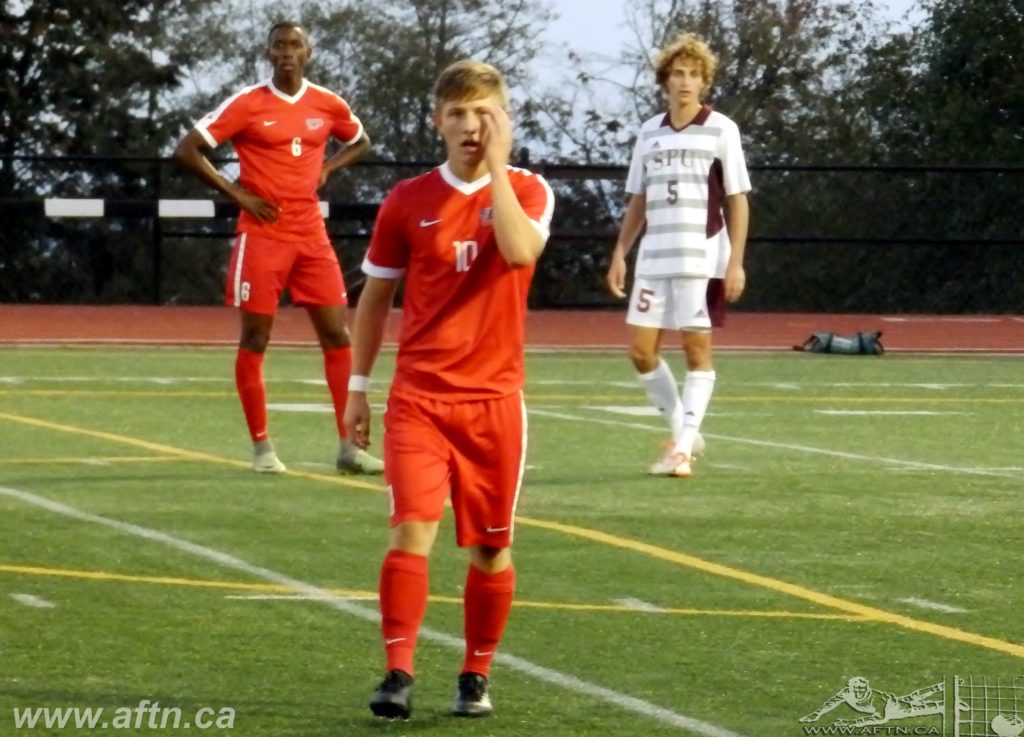 Schneider’s planning for this season began as soon as the last one was over. He wanted to really challenge his team in the Spring season and pitched his team up against two USL sides – Whitecaps 2 and Toronto FC II. The result was two 0-0 draws and a pair of excellent performances.

Those displays, coupled with their excellent start on the road, where they won five straight games against non-conference opposition, has left Schneider feeling bullish as to what may lie ahead for the Clan this season.

“I feel that we have a group of guys, they’re not afraid to play anybody,” Schneider said. “We played toe to toe with two professional teams in the spring with pretty much this group, including some Freshmen that have come in. We didn’t concede a goal and created some chances too.

“We know we won’t play anybody as good as that. We won’t play teams as good as Whitecaps 2 or TFC 2. We know that. But when you play against college teams, they present different problems. Professional teams are not going to go out there 100% and work their tails off. But college teams they will. They might not be as technically talented as a professional team, but that’s how it is. That’s the reality.

“We got a good footballing team, we know that for a fact. It’s about matching workrate. It’s about being consistent. If we can get that right, it could be very special this year.”

Schneider’s put together an exciting squad for the 2016 season, and with only five Seniors on the current roster, it’s a team that will be together for a little while, aided by the ten Freshmen that have joined the Clan this year.

Amongst those rookies is a familiar face to Whitecaps Residency supporters, midfielder Marcello Polisi.

Polisi made his first appearance of the season in last night’s win against Seattle Pacific, before limping off just before half time. The midfielder was captain of the ‘Caps U18 side last season, and a key component to the team’s run to the USSDA Championship game.

A WFC2 contract looked to be in the offing, but in the end Polisi turned down a number of NCAA Division 1 schools to stay local and join the Clan. The injury he’s picked up doesn’t appear to be too bad, and Schneider feels the Residency graduate will be an important member of his stacked midfield this season.

“Marcello, it’s just a little bit of an ankle,” Schneider revealed. “It shouldn’t be that bad. It’s nice to get him back. That’s his first game of the season. He’s quality. He just adds to what I really believe is the most competitive, best footballing midfield in the NCAA. I truly believe that.

“Will we play teams with more athleticness in there? Maybe. Probably. But not footballing ability and not football intelligence. It’s a great group of lads, that’s for sure.” 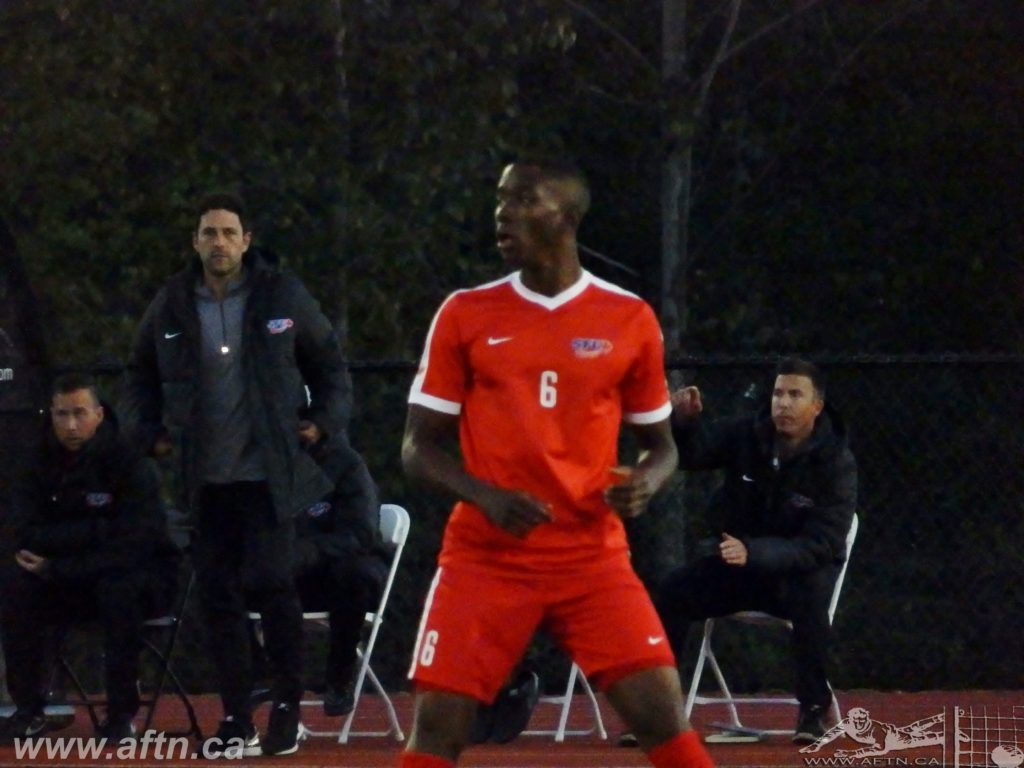 The Montreal native is an exciting talent and one who has already caught the eye of the Whitecaps, and former Clan coach, Alan Koch. After a scintillating rookie season, where he bagged five goals and earned first-team Conference honours, Camara spent the summer training with WFC2 and they liked what they saw.

It also gave Camara a taste of what he needs to do to make it to that next level and he’s come back to the Clan with a fire in his belly, leading the way for SFU this season, with four goals and three assists from his six games. His goal against SPU was a cool, collected finish and he’s a player that clearly exudes confidence in droves on the pitch.

He’s only going to garner more attention as the season goes on, so how does Schneider plan to manage the hype?

“We keep telling him he’s not good enough,” deadpanned Schneider. “That’s how you do it. We tell him if he was going to be a pro, he’d be out of here already, and so he’s got to continue to work on those things.

“The great thing is Alan’s been very honest with him too in his assessment. They [WFC2] brought him in for a reason. They like things about him. Anybody that’s ever watched him, you watch him and he just looks like a presence. He’s got so much about him. But he can get better. His upside’s enormous. And credit to him, he wants to get better. He knows that this is an environment that we’ve created where he can get better, and that’s exciting.”

It certainly looks like being an exciting season all round for SFU. They’re back in action in Lacey, Washington on Saturday afternoon when they take on Saint Martin’s University before returning to the mountain to take on Concordia University from Oregon at 7pm on Thursday. Get out and see them if you can. Free admission, free parking, good football and some great craic. What more could you ask for?!