It’s great to see that Panini sticker albums are still around today and still going strong. I’m not sure the excitement is quite the same amongst kids as when I was growing up. Not when they have some violent video game to play instead or some random thought to tweet or post on Facebook.

It does seem that the new releases are more anticipated and welcomed by grown ups trying to relive their own childhoods whilst forcing it onto their own kids! 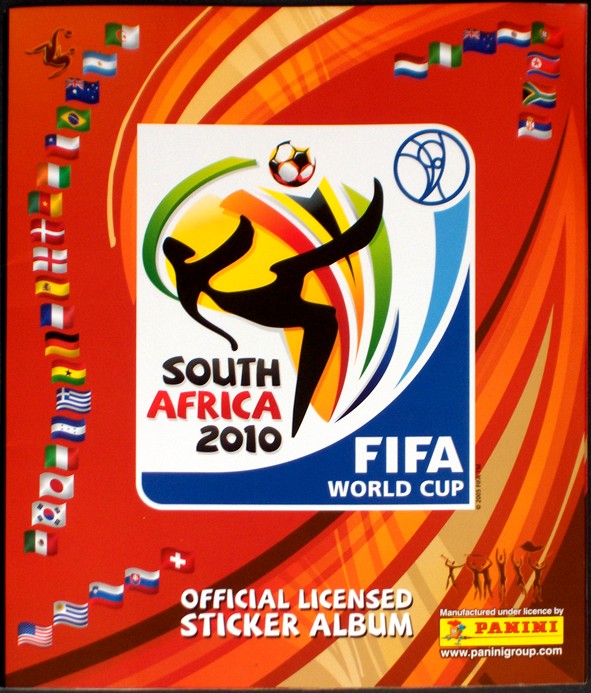 This is especially true when it comes to the Panini World Cup sticker collections, the latest of which was just launced earlier this month. I know it’s a four yearly event I avidly look forward to!

But it’s not the same. Kids don’t cherish them as gold. And you don’t even have to buy the stickers in packets of five any more if you don’t want to.

In this technological age, you can buy full boxes of 100 packets of stickers on ebay. That’s what I did for the 2006 World Cup! Whilst this got me most of my collection, I was obviously still short of some, although there were very little doubles in the box – an “interesting” side note there!

Of course I still never got round to sending off for my missing ones and my collection sits in beside all my other football memorabilia and previous incomplete World Cup sticker albums that I kept hold off going back to 1986.

This year ebay still has all the boxes you can buy but there’s also a lot of people around the world selling complete sets of all 640 stickers. Some of them will even stick them in the album for you!

Even swapsies have taken on a new modern day twist, with a Facebook page set up to help facilitate people’s wants.

Sure it may be safer than going up to some strange kid who pulls a knife on you and takes your cell phone of you, but it’s not the same!!! I pity the poor, lonely fat kids who will now be devoid of any human contact.

I hate myself for doing it, but I’ll probably just go down the route of buying a complete set online this year. At least I’ll have my first ever complete album.

Obviously I’ll buy the stickers loose and attach them myself. How can you get someone else to do it for you? You’re already losing the joy of ripping open the packets. To remove the sticking in from the whole experience would just be sacrilege!