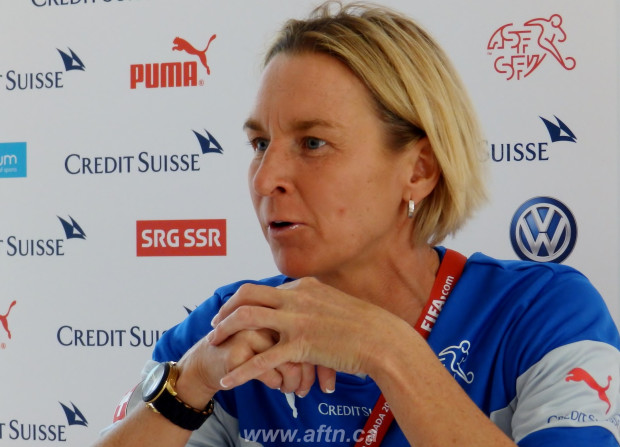 When Canada planned out their World Cup scenarios going into this Women’s World Cup, they probably didn’t put much thought into facing Switzerland in their Second Round match-up on Sunday.

Sure, if both teams had finished second in their respective groups then they’d be facing off against each other in Edmonton on Saturday, but you have to feel the Canadians were pretty confident of winning their group and ending up in Vancouver to take on Cameroon or Ecuador.

As things played out, Canada squeaked into that first place spot in Group A as some luck and other results went their way. The Swiss meanwhile were undone by Cameroon in their final group game and now take on the hosts in front of what will be a sold-out fervent and partisan home crowd at BC Place.

It’s not the match-up either team will have wanted.

Instead of facing a team ranked 48th or 53rd in the world (although how much stock you can actually put in FIFA’s rankings isn’t even open to any debate anymore), Canada will now be taking on 19th ranked Switzerland, a team who came through their, albeit weak, UEFA qualifying group on the back of 53 goals scored and just one conceded.

For a Canadian team struggling to score from open play, and with the pressure and the hopes and expectations of an entire home nation on their shoulders, that’s not the ideal opponent.

For the Swiss, the initial disappointment of losing to Cameroon and finishing third in their group is already long past. If anything, that third place finish may yet prove to be the best thing that could have happened to them.

They now return to Vancouver, a place they’ve trained, played in and called home since they arrived in Canada on May 30th. They’re familiar with the training pitches, the BC Place turf, the timezone and other surroundings.

They’re in a match in which they are the underdogs. The pressure is off them and firmly on the Canadian women. And the longer Canada don’t score in the game, or maybe have to chase the match, that pressure just ramps up.

The Swiss also now find themselves in the easier half of the draw, avoiding four of the top five nations in the world, and the top three of Germany, America and France. Japan are the top team in their half of the draw now, and they’ve already shown they can compete against them. A break here or there and they’d have taken something from their opening match.

The fear factor isn’t quite the same as what would be in their way had they finished second. So all in all, things aren’t looking all that bad for Switzerland.

“Yes, you could say we did everything right,” a laughing Swiss head coach Martina Voss-Tecklenburg told reporters after training on Friday. “It is like it is. We did want to qualify earlier but now we are there for this Sunday’s game. It’s a big challenge for us and we will focus entirely on this game, not losing any time in thinking back how it was.

“Returning to Vancouver was a good thing for us. We feel like being home again. If we remain in the tournament we will focus on the next opponent to come. We’ll see if it’s easier or not!”

The Swiss certainly have the firepower up front to still do some damage in the tournament. As mentioned, they showed that in abundance in the qualifiers and they are the second highest scorers in this year’s tournament so far with 11 goals.

Yes, ten of them, a whopping 91%, came against an out of their depth Ecuador side, so that’s not exactly a great yardstick, but you can never dismiss what the confidence of finding the back of the net early in the tournament can do for the players when the tournament enters the real business end.

While only two players have found the back of the net for Canada, and one of them was from a penalty, five players have already scored for the Swiss, with Ramona Bachmann and Fabienne Humm leading the way with three apiece.

Canada can take solace from the fact that despite playing well and creating numerous chances against Japan and Cameroon, they were shutout of their first game and managed to bury just one chance against the Lionessess. You can also factor in that while struggling to produce up front, Canada aren’t conceding much either. Just that one late goal given up against the Netherlands so far.

There’s no doubting that there’s goals in the Canadian attack. They just haven’t materialised yet. But do the Swiss see Canada’s attack as likely to cause them more problems than the fast paced strikers they faced against Cameroon?

“It’s a different style of playing,” Voss-Tecklenburg feels. “Top quality of course. An important aspect for me is that several players and staff members come originally from Vancouver, so there is some kind of special motivation for this team. Apart from that, there is great presence on the pitch and we are going to go up against it.”

And despite not yet scoring in this tournament from open play, the Swiss coach feels that Christine Sinclair is still likely to be her side’s biggest threat.

“[She’s a] great personality and very much experienced,” she added. “A true leader of the team, even if she doesn’t score all the winning goals. But when it comes to decisive moments, she leads the team. All the players can look up to her and she is undoubtedly the most important player of the Canadian team.”

Voss-Tecklenburg isn’t reading too much into Canada’s goalscoring woes, and feels the pressure on them to perform may be behind their lack of goals so far. In that regard, she notes it’s not going to get any easier for the Canadians.

“We hope they haven’t saved them all up for Sunday’s game!” she joked. “Seriously, this is part of the team process that Canada has been going through at the World Cup in their home country. Expectations are quite high from the fans at the games.

“We mustn’t forget it’s the knockout part of the tournament now, not too easy a situation to deal with for the Canadian team as well. If the inspiration makes them grow wings, anything is possible. We must be aware of anything and be able to react to everything.”

The crowd will certainly have a part to play in Sunday’s match. Exactly how, is the unknown factor right now.

Around a 53,000 sell-out is expected at BC Place. Will it spur the Canadians on to greater heights or will the pressure of the occasion and natural nerves see them freeze? They didn’t exactly freeze in their tournament opener against China in front of 53,058 fans in Edmonton, but at the same time, they didn’t exactly shine either.

And how will the Swiss react to such a large, pro-Canadian crowd, the largest attendance many of their players will ever have played in front of? They may feel like BC Place is a second home to them in the tournament, but it’s a whole different atmosphere for them now as opposed to their first game against Japan which saw them garner support from, ironically, neutrals.

“We will see,” Voss-Tecklenburg said. “It’s a new situation because of 53,000 supporters for the Canadian team. In our first matches there was many supporters for the Swiss team because we played a good match. I think it will be different on Sunday, but we will see.

“Of course it’s a huge crowd, but we have to deal with that. We have to focus on the game and show self-confidence, show courage and give everything we have. It will be an outstanding game for every one of us. At the end there will be a winner and a loser and we’ll see what comes out of this game.”

Voss-Tecklenburg is no stranger to playing in front of a large, vociferous and hostile home crowd at a World Cup. The former German internationalist was part of the Germany side that lost a quarter final to the US in front of 54,642 fans in Landover, Maryland at the 1999 World Cup.

The Swiss coach feels she can share her experiences of that occasion with her squad, but nothing can prepare a player for what it feels like until she runs out on the pitch, pointing out that it’s not an exact comparison.

“It’s not quite the same situation,” she explained. “Germany were part of the group named as favourites to win the title. Switzerland obviously is not, yet Canada is. Canada can go forward, want to go forward.”

While all the travelling and adjusting to their new environments has made for a busy initial period in Canada, Voss-Tecklenburg has been enjoying it.

“The regiment of the tournament is quite high at the moment,” she admitted. “I like it very much. I prefer it this way.”

The Swiss camp certainly seems relaxed. Training was light-hearted and if the players and coaches are feeling any pressure, they’re not showing it.

What they are showing, however, is the effects of the tournament so far, with a few players a little banged up after a three hard matches in a nine day period, with one of their key concern surrounding their experienced and influential captain, defender Caroline Abbé.

“We had one day off after the Cameroon game and then a travelling day,” Voss-Tecklenburg said. “We used it to do some wellness before travelling. We were in the fitness rooms. We had a short flight [from Edmonton]. Other teams had long flights.

“Caroline had a good training. She’s pretty positive she can play. The artificial ground is giving us some troubles, to the other teams as well. We have players that talk about muscles they haven’t felt for five years. All the teams have to be ready and prepared to cope.”

Abbé, who sat out Switzerland’s last group game against Cameroon, is looking good to go, and while Canada may be sweating over a couple of players, the Swiss have the luxury of their full squad to pick from.

Well we say luxury, but the amount of choices is actually giving the Swiss coach a few selection quandaries to ponder ahead of Sunday’s match, and she hasn’t nailed down exactly what her starting eleven will be just yet.

“We’ve got the big choice of all the players available for the game against Canada,” Voss-Tecklenburg said. “I’ve got four starting line-ups in mind. I haven’t made up my mind yet. I will do that this afternoon. I’ll be watching video and doing analysis of the team [Canada].

“It depends on certain aspects, like mental strength, physical strength. I also want the players to tell me how they feel and then maybe at the end of today there will be three starting line-ups or even two, but nothing decisive yet.”

[Editor’s Note: With so much coverage everywhere on the Canadian team, we thought we’d explore the Swiss angle in the lead up to the game here at AFTN. Watch out for our piece on Lara Dickenmann on Saturday]