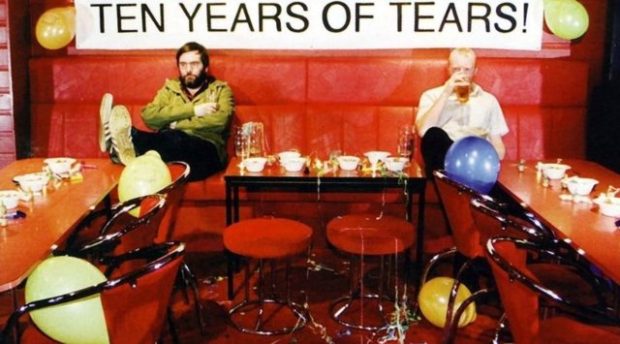 Saturday March 19th 2011. Two teams took to the pitch for their first ever matches as Major League Soccer clubs. Two teams with long, proud histories in the North American game, and with a regional rivalry dating back to 1975. Their trajectories since have been very different.

The Cascadian trifecta was once again together in the same league, when Vancouver Whitecaps and Portland Timbers joined their Seattle Sounders counterparts in MLS in 2011.

The results that opening day were very different for the two Pacific Northwest rivals. Vancouver’s league debut couldn’t have gone any better, seeing off Toronto FC 4-2 in a Canadian derby in front of a sold-out 22,592 crowd at Empire Field thanks to a brace from Eric Hassli and goals from Terry Dunfield and Atiba Harris.

An injury stricken Portland side travelled to Commerce City to take on defending MLS champs Colorado Rapids and were three goals down half an hour in. Kenny Cooper scored for the Timbers ten minutes from time to get their first ever MLS goal, but they headed back to Oregon on the end of a 3-1 defeat.

The perfect start for Vancouver and one to forget for Portland. But as the year played out, it soon became a season to forget for the ‘Caps and one of settling in for the Timbers. 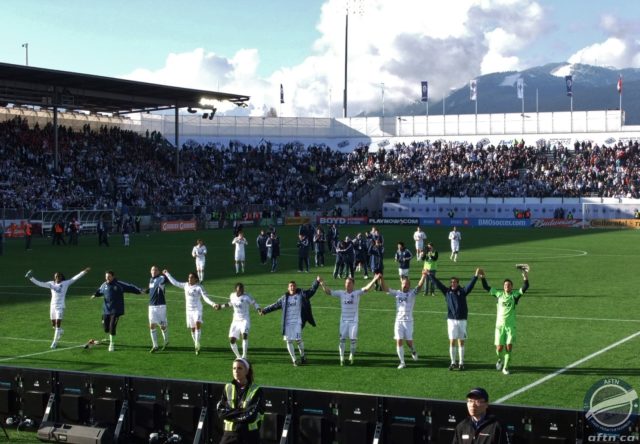 The Whitecaps finished their inaugural season rock bottom of the table, with just six wins and 28 points to show from their 34 matches. The Timbers finished near midtable, in 12th place, with 11 wins and 42 points to their name.

Two very different starts to their MLS eras, but in the nine subsequent seasons, Portland have left Vancouver in their dust. The difference between what the two Cascadian rivals have achieved in their ten years as MLS clubs is strikingly different. And if you’re a Whitecaps supporter, it makes for pretty depressing reading.

In regular season play, both teams have played 329 matches in their 10 years in MLS. Here’s how they compare at a quick glance:

Breaking down their regular season performances, there aren’t massive differences between the two teams on paper, but it’s the end results that are more telling. Perhaps also an indicator of the ‘fine lines’ between success and failure in MLS.

It’s what those points have meant for them in terms of postseason play and achievements that we start to see things vary dramatically.

The Timbers have reached the playoffs in six of their 10 MLS seasons, the Whitecaps just four times. The Timbers have won two Western Conference regular season titles, two Western Conference Championships, reaching the MLS Cup on two occasions and, winning the whole shebang in 2015. Add in winning the MLS is Back tournament in Florida last year, and that’s not a bad record of success. Seattle supporters will obviously disagree!

The best the Whitecaps have done is a second placed finish in the West in 2015 and two disappointing Western Conference semi-final outings, where they crashed out with a whimper and no goals.

Not really going for it in those two playoff losses to Portland and Seattle is still unforgiveable. It still wrankles.

Was 2015 the turning point for both clubs? The year that decided what the decade was to be for both the Whitecaps and the Timbers?

That two legged Western Conference semi-final between the two Cascadian rivals certainly feels like it. The Whitecaps seemed more concerned about keeping a clean sheet and playing tight defensively than trying to get the crucial away goal down in Portland in the first leg. 0-0 always felt like advantage Portland.

The second leg was a shambles tactically, with the ‘Caps seemingly putting all their eggs in a Kekuta Manneh shaped basket, that quickly broke. The Timbers won 2-0, beat Dallas in the Conference final, and went on to beat Columbus to lift their first MLS Cup.

That could have easily been the Whitecaps year. Vancouver never recovered, making the playoffs just once since. Portland consolidated and grew. 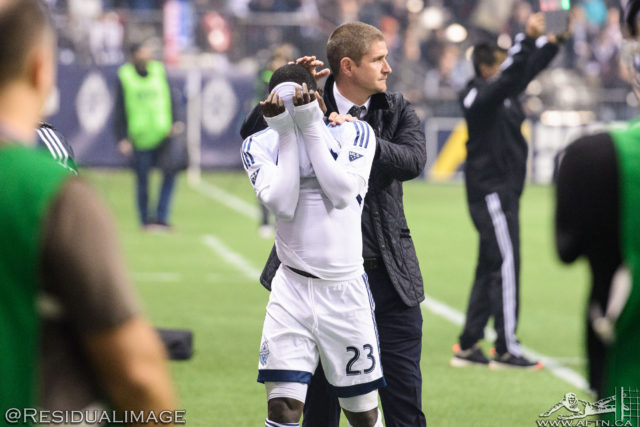 So what else is behind these different trajectories. Investment is one aspect. Portland haven’t been afraid to splash the cash, and that is a strategy we’ve only seen Vancouver employing the last two seasons. The fruits of that spending is still to be seen obviously.

But it’s also about scouting, recruitment, and the success of players they have brought in via a multitude of MLS mechanisms, from draft picks like Darlington Nagbe to Designated Players like Diego Valeri and Sebastian Blanco.

Don’t get me wrong, not everything has landed right in Portland. They’ve had some poor DPs there too over the years, but they don’t jump out at you quite the same way as Mustapha Jarju, Octavio Rivero, and Joaquin Ardaiz.

There are some serious questions to ask about the Whitecaps’ recruitment under every head coach. There’s been far too many busts and far too many one and dones.

But there could be a light at the end of the tunnel. That light might possibly just be the bags of Alphonso Davies cash glistening in the sun, but it does seem to be getting put to good use. Finally.

The building of the current squad is promising. The proof of the pudding will be on the pitch. Let’s just hope they don’t end up playing like puddings. The Whitecaps owners clearly have faith in what Marc Dos Santos and Axel Schuster are trying to build in Vancouver. They’ve given them the investment to back it up. We’ve never seen money spent in the first 8 or 9 years the way it has been the last two.

Money doesn’t guarantee success of course, and the pressure is certainly now on MDS and Schuster to deliver results. But as I said, it’s promising. If we’re sitting here in ten years time still talking about the gulf in success between Vancouver and Portland 20 years into their MLS eras, then we have some real problems, as I’m sure the Whitecaps will also have in terms of filling the stands.

What will the next ten years bring for the Whitecaps? Well it surely can’t be much less successful than the first ten and the one lonely Voyageurs Cup sitting in a dusty trophy cabinet. Can it?

[Tune in to the next AFTN Soccer Show (Episode 435), where we hear Portland GM Gavin Wilkinson about his side’s growth during their 10 years in the league]