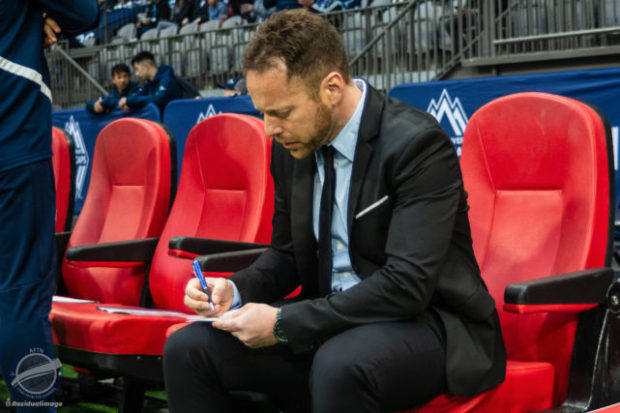 As each offseason comes along, so too does the expansion draft (at least in those years in which a new side is added to the MLS). This year is no different as Austin FC will be joining the party and so the draft will take place on December 15, 2020.

This year, Austin FC has the right to choose up to five players from other teams (but only one player from each team). Also, each team that loses a player will receive $50,000 in General Allocation Money from the league.

Those teams that lost a player in last year’s expansion draft are exempt from the draft this year. Presumably, this is part of the compensation that those teams receive as they have lost a player in whom resources and effort were invested.

Each of the remaining 16 teams can protect only 12 players from their rosters; plus their Homegrown and Generation Adidas Players are automatically protected from selection in the draft.

Since Inter Miami and Nashville SC both took five players each in the 2019 expansion draft, the remaining teams have a much higher likelihood of losing a player in this year’s draft. Nervousness will be the order of the day for those teams on December 15.

The strategy for each FO is to protect the players most likely to be taken in the draft. Thus, older players, marginal players, players with inappropriately high contracts, out of favour players, problem players and the like are often left exposed. The teams with the deepest rosters have the most to lose. This year will be no exception.

Having considered the usual approach to the draft, I wonder if it might be appropriate for the FO of the Whitecaps to turn the draft on its head this year. Let’s face it, the ‘Caps are clearly a bottom third team with too many contracts carrying on into this coming season and the following season too. Our roster is something less than stellar.

Maybe the better approach this year is to look at the draft as an opportunity to dump a contract and the associated player to Austin FC and get $50,000 in General Allocation Money in return. Also, losing the player this year would make the Whitecaps exempt from the next expansion draft (when theoretically at least, we’ll be a better team). Think of this strategy as a trade.

While the brain trust of the Whitecaps has recently indicated that we can expect few personnel changes for next year, I humbly suggest at least consideration of what I have set out above.

I suggest that we expose a number of candidates to the draft, all of whom will be relatively easy to replace (if we want to replace them at all). Good players are much harder to find and all teams will protect the vast majority of those players. Any player lost in the draft could potentially create room for an upgrade.

For my money, I’d then expose Christian Dajome, Tosaint Ricketts, Jake Nerwinski, Jasser Khmiri, Evan Bush, Derek Cornelius, Maxime Crepeau, Andy Rose, and Leonard Owusu on the hope that one of them would be taken. In exposing them I’d be hoping that at least one of them could fill a niche for Austin FC. In other words, we may not even need to use all of our 12 exemptions for players.

Unfortunately, as Russell Teibert is a Homegrown Player, he is automatically protected in the draft.

One of our two exposed goalkeepers is our most likely player to be selected. Given the number of keepers we have on hand, this is hardly a concern.

By losing a middling player we’d clear up some caproom, gain some funny money, possibly clear up an international roster spot, and gain a draft exemption for the next go around.

What do you think? Who would you protect and who would you expose? Is this draft an opportunity or a risk?