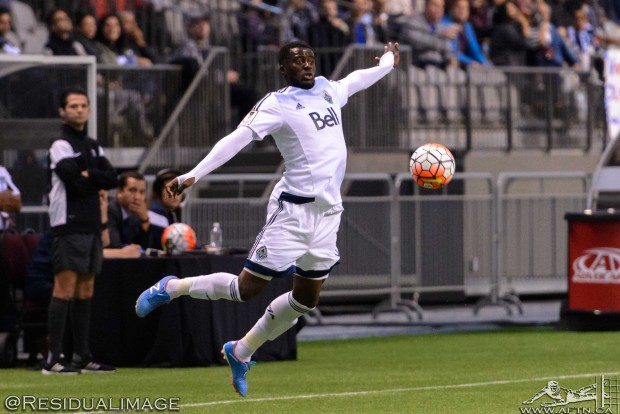 Where do we begin?

Well we could start with why was Deybi Flores starting over Kianz Froese? Or perhaps, are Jordan Smith or Fraser Aird better right backs than Tim Parker? Or maybe even, moving forward, should Blas Perez be starting alongside Octavio Rivero?

The only one with answers that actually matter for all those questions is Carl Robinson.

Going down less than five minutes into the game is never good. There are no easy games in MLS and gifting KC the ball from a miscontrolled Flores pass to open the scoring won’t help the current confidence of this team. Having Smith run renegade on the right side of the pitch, all chasing and never in proper position, doesn’t help anything either.

Lets face it, nothing good happened in the game, so I present to you “The Average and The Bad” for your reading pleasure….

Octavio Rivero as a lone striker

Rivero should apply to be on the hit television show Survivor, he has so much experience being alone on an island he would surely win the $1,000,000 prize and survive the 39 days. 39 days for a million dollars, that is more than he makes in MLS and the workload would be way easier. Sure he would have to deal with exotic and dangerous animals, but nothing is as dangerous as the dreaded BC Place turf monster.

In both games this season the offence has only sparked when both Rivero and Perez have been on the pitch, with Pedro Morales as a deep attacking midfielder. Robinson would have to change from his beloved 4-2-3-1, but changing to an attacking 4-4-2 diamond might be the formula this team needs moving forward.

Let’s send the rescue chopper to the island and give Rivero a secret idol named Perez.

A game to forget for Smith to say the least. He never felt like he was in the proper position, always chasing and took a costly red card for a stupid dirty foul.

Robinson has stated in the past that he sees the potential in Smith. Sure he is young and has his faults, but Saturday was more than him just having a bad game. In my opinion he isn’t ready to be a day to day MLS player. He might not even be good enough to be a decent back up.

Smith has offensive push but as a defender he has no defensive ability at all to cover speed down the wings. If you want to use his attributes to excel his game why not move him to right midfield and take some of the defensive pressure off him? Send him to the USL and give him games as a RM and see what happens. It probably won’t be any worse than the crap he showed against Sporting KC.