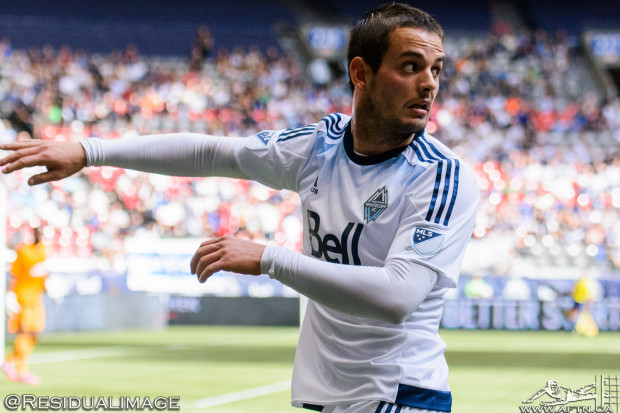 One of Carl Robinson’s regular comments is that football is a game of fine lines. We saw that in Colorado on Saturday.

Aaron Campbell brings you his latest “The Good, The Average and The Bad” from the Rapids’ loss.

With the lack of offense this season you could say that the only bright spot has been the play of newly signed striker Octavio Rivero. At times during every game he is a one man show stuck on an island all by himself and is having to go through three or four players of the opposition. He hasn’t had consistency game in and game out getting help from his wingers. They haven’t been able to jump up into the play, come to the ball and play one two touches with Rivero.

Even with the lack of servicing he gets during long spells in games he still makes the most out of the chances he does get. This game was no different.

He had some decent hold ups and managed to spin off the defenders to get decent runs towards goal. He wasn’t always able to get speed on some of his shots on target but he is the only one making an effort every time he touches the ball.

It might be time to play a two striker up top formation to give him a player to play with and to play off of. This would take some of the pressure off Rivero and maybe he wouldn’t be knocked over time and again playing up top all alone. Might be best to spark some offense and might be the way to save Rivero’s body to the point where he won’t have a rundown of play like we saw with Pedro Morales last season.

The Play of Steven Beitashour

After struggling the past few games that he has been actually healthy, the veteran right back had a game that he can build on and hopefully continue this good play through the tough stretch of road games the club has coming up.

Teams this season have focused on going over top of Beitashour and beating him regularly down his wing. This tactic makes it easier for teams playing Vancouver to get crosses into the box and generate chances.

After being bailed out numerous times by the clearances of Kendall Waston and the great saves by David Ousted, an effort like Saturday’s game from Beitashour will make their jobs a lot easier.

Let’s hope he can stay healthy and when he does need a break in game action the Whitecaps can have confidence resting him by calling upon MLS rookie Tim Parker.

Never has one Vancouver Whitecaps foul been questioned by so many people who watch and follow MLS. There where fans all over North America asking, first, who was the foul was on? Secondly, how was what Pa-Madou Kah did a foul?

The more and more you watch the replay you can clearly see that there was no push, impediment or contact to warrant the goal to be called off.

If MLS referees continue to be this bad it may deter people from spending their hard earned money to watch a game live.