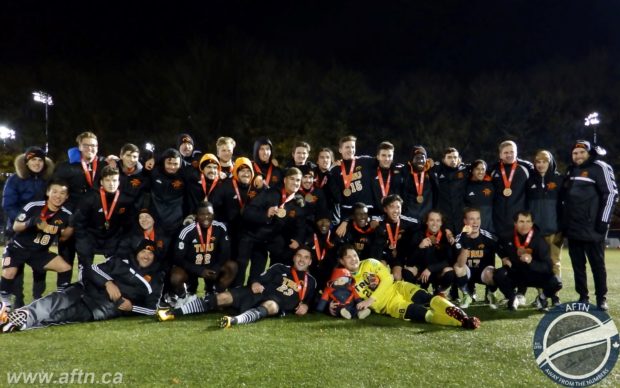 The Canadian college soccer world descends on Kamloops this week, as Thompson Rivers University gets set to host the U Sports Men’s Soccer Nationals for the first time in their short history in the association.

Seven teams from across Canada will join the hosting WolfPack to battle it out for the 2017 Sam Davidson Memorial Trophy. Not only will it be Thompson Rivers first time hosting the event, but it will also be their first time taking part in the nationals.

TRU made the switch to U Sports (previously CIS) from the Canadian Collegiate Athletic Association (CCAA) in 2014. Hosting the nationals is a massive opportunity to showcase Thompson Rivers’ program and everyone associated with the university, and the city, knows it’s a chance to put Kamloops firmly on the footballing map.

“It’s huge,” Thompson Rivers head coach John Antulov told AFTN. “Everybody’s embracing it, everybody’s jumped on board. From the university to the city of Kamloops to businesses to people. We want to make this the best nationals ever.

“No matter how we do or what we do, we want to make sure that everybody who comes enjoys the experience and sees the city for what it is. It’s a small town, but it’s a beautiful little city. We want to showcase it as best we can.”

With just over 14,000 students on campus and a population of around 90,000 in Kamloops itself, Thompson Rivers is one of the smaller universities to host the nationals.

From a footballing perspective, it’s a program on the rise. Antulov has put together a talented squad this season. The primary aim was to give a good account of themselves on the national stage, but there was also an eye to continuing to build the foundations of the team for many seasons to come.

Five seniors bring the experience to Antulov’s side, with a dozen rookies added to the mix. The combination worked and the WolfPack made the Canada West Final Four for the first time in their history, shocking defending national champions, Alberta Golden Bears, to win a bronze medal. 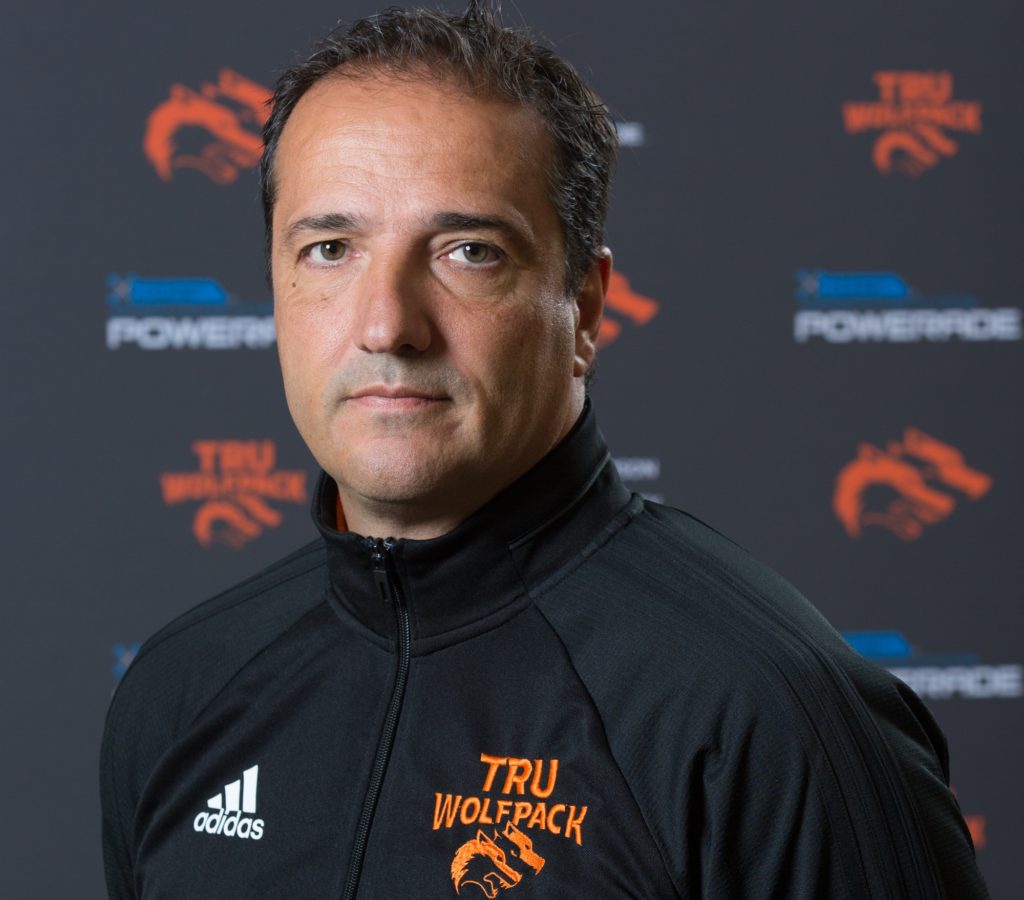 Antulov feels that competitive and fighting performance “bodes well” for the WolfPack as they go head to head with some of the best college soccer programs in the country.

“We’re the new kids on the block here,” Antulov said. “We really hadn’t accomplished a lot the last few years. We’re really starting to build. We have the confidence in ourselves, and I know a lot of the bigger programs look at us and we’re the little guys in here, but that gives us incentive.

“That gives us stuff that we really want to prove and we want to show guys that we can. We really did feel we had a really good opportunity to come in [to the Canada West Final Four] and have a medal and we’re happy we did.”

Last weekend’s Canada West bronze felt like a real turning for the WolfPack. They were full value in their win over Alberta and for Antulov, who’s been head coach of the program for 11 season, as well as the head coach for Vancouver Whitecaps’ Kamloops Academy Centre since 2014, it was also just what the team needed for their confidence heading in to this week’s nationals.

“We had a lot of medals on the CCAA, PACWEST side, but definitely in U Sports, that was huge for us,” Antulov admitted. “It gives us momentum going forward and it shows that we’re a program that can be sustainable and can go forward.

“Not just be in the middle or down below. It helps us in so many ways in giving us credibility and that’s why we really wanted to go for it and try and get a medal.”

Thompson Rivers begin their quest for a first ever nationals medal on Thursday evening with a tough test against the 2014 and 2015 U Sports champions, York Lions at 5pm. UBC Thunderbirds get their bid for a record breaking 14th national title underway at 11am when they face the University of New Brunswick. You can watch all the matches from the tournament live HERE.