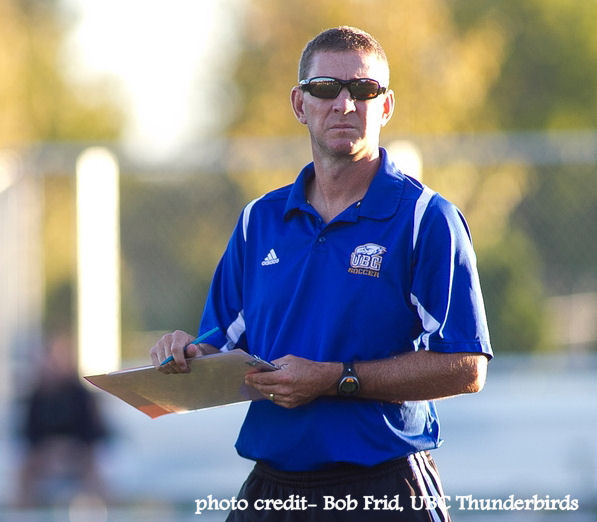 UBC Thunderbirds start their CIS Championship defence Thursday in their quest to land their first back to back national titles since 1992 and increase their already record breaking Championship tally to a lucky 13.

Their quest kicks off with a quarter final match against Montreal Carabins at 9am PT tomorrow.

Montreal won the regular season RSEQ Conference by a point from Laval with an 8-2-2 record, but went down 2-1 to the Rouge et Or in the Championship game, giving the Thunderbirds the tougher start to their defence as the Carabins were ranked 5th overall in the end of season standings.

They’ve only let in 9 goals and kept seven clean sheets, so that is clearly where their strengths lie, so expect to see them try and park the bus a little.

If UBC can get through that then they are likely to face the number three ranked York Lions in the semi final, in a game that would be worthy of being the final.

York won the Ontario West Division with a 13-2-1 record, scoring 53 goals, conceding 12 and winning the OUA Championship game with a 1-0 win over East Division winners, and second ranked, Ryerson.

The Lions are a stacked team, and include former TFC midfielder Matt Stinson in their ranks, but the number one ranked Thunderbirds are equally stacked and raring to go.

And leading them is the newly named CIS Head Coach of the Year, Mike Mosher, the first time the UBC coach has won the award in his 18 years at the helm.

“We’ve got some momentum going into nationals but it is a clean slate now so we need to focus on getting better. With the top eight teams in the country there, I know every game will be tough. We have to have a good mental disposition and we can’t be afraid to play our style.” Mosher told the Thunderbirds website.

UBC finished the Canada West regular season with a 12 and 1 record. Those 12 wins were the highest ever by a team in the Conference, even surpassing UBC’s undefeated record of last season which saw 11 wins and 3 draws. That number could have reached 13 wins, but their final game of the season at Calgary was cancelled.

They went on to win successive Canada West titles in some style with a 6-1 thrashing of Saskatchewan.

Their one defeat came in a 1-0 loss to Fraser Valley in the second game of the season.

Coming off an unbeaten season in 2012 and a comprehensive 3-0 win over top NCAA Div 2 side, and local rivals, SFU, it was easy to get a little bit complacent.

Was that defeat just what the Thunderbirds needed to keep them grounded this season and drill home the message that 2013 wasn’t just going to be a walk in the park?

“I think so. It’s all how you spin it.” Mosher told us after Sunday’s Canada West Championship win.

“When you do get beat early, it can be a pretty good wake up call and that’s exactly how we spun it to the group and we had a terrific response the following week where battered Trinity twice and we’ve kind of gone from there.

“Every time you lose, or even a poor performance, they’re learning opportunities and as coaches we try to take as much as we can from them.”

And the Thunderbirds certainly did learn, going on a 13 game winning streak on their way to New Brunswick.

When we spoke with Mosher earlier this year, he told us that his current group were spurred on by the chance of going down in the history books as repeat winners, just as their coach had as a three time winner with the Thunderbirds in the 90’s.

“There’s quite a few returnees but there’s a lot of them that maybe didn’t quite play primary roles last year, but they could still go down as back to back champions and go down as legends as well.”

We’ll soon find out if they do. We wish them all the very best.

[UBC kick off their defence at 9.30am PT Thursday morning. Follow all the action form the CIS tournament live at: www.CIS-SIC.tv]