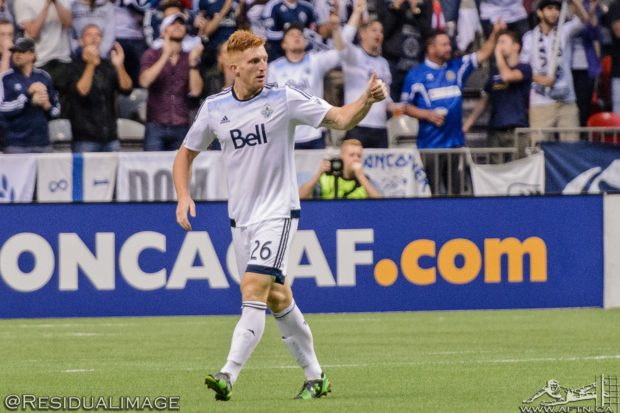 The new MLS season is four days away and Vancouver Whitecaps are in “decent” shape heading in to it according to head coach Carl Robinson.

Robinson says he’s happy with where the team is at in terms of fitness levels and just need to get up to speed in terms of competitive game fitness, admitting it might take some players a few games to reach those levels, but he’s “looking to hit the ground running” when the ‘Caps take to the BC Place pitch to face Montreal Impact on Sunday.

The ‘Caps have looked strong, if not dominant, in their seven preseason matches, winning five of them and losing just one. There’s been some good individual performances, the squad feels better than last year (in places), and the attack already looks like it’s clicking under Kei Kamara.

All good, but there is still a little bit of a cloud hanging over the squad. A 6 foot 2 one in fact, in the shape of centre back Tim Parker.

It’s been a week and a half since the chatter started about a possible Parker trade, but it’s been fairly quiet since. There’s been a few teams linked with him and we’ve been told that there’s been “a lot” of interest in the 25-year-old, but nothing concrete has been forthcoming.

For now, Parker is still a Vancouver Whitecap. He’s contracted with the team till the end of the season, and with the new season about to get underway, he’s very much in the mix to be part of the ‘Caps starting XI on Sunday. Well, if he’s still here by then.

But that does put the Whitecaps in a bit of a quandary.

Do they put Parker alongside Kendall Waston on the pitch against Montreal this weekend? It’s clearly their strongest centre back pairing, but doing so risks injury and scuppering an imminent trade, ala Matias Laba last season with Argentina’s Racing Club. Or do they sit him, wait for a trade to happen, and play a possibly weaker line-up in their season opener?

Well a lot of that you have to feel depends on if there really is a chance that Parker may remain a Whitecap, but it’s not helped by who else the ‘Caps have at their disposal right now. Doneil Henry is out with a hamstring injury for what Robinson confirmed is “a fair estimate [of] four to six weeks”. Aaron Maund did not look great this preseason, especially in the last match at LA Galaxy, and Jose Aja has just arrived at the club from Orlando City, and having to build up chemistry with his new teammates.

That’s why Parker may be in the mix for Sunday and took part in a full training session up at UBC this morning.

“He’s trained today,” Robinson confirmed. “He’s in his shorts and t-shirt in the freezing cold and he’s putting tackles in. So his commitment is never in doubt. We’ll just see. We’ll take it day by day, as it comes.”

Even with all the trade talks, Parker’s commitment certainly can’t be questioned. He’s not that kind of guy. He’s always given his all on the pitch, whether at training or in a match, and that’s not going to change. And he needs to. It’s in both his and the club’s interest that he plays well and shows the right attitude if he wants that lucrative new deal, whether in Vancouver or elsewhere. 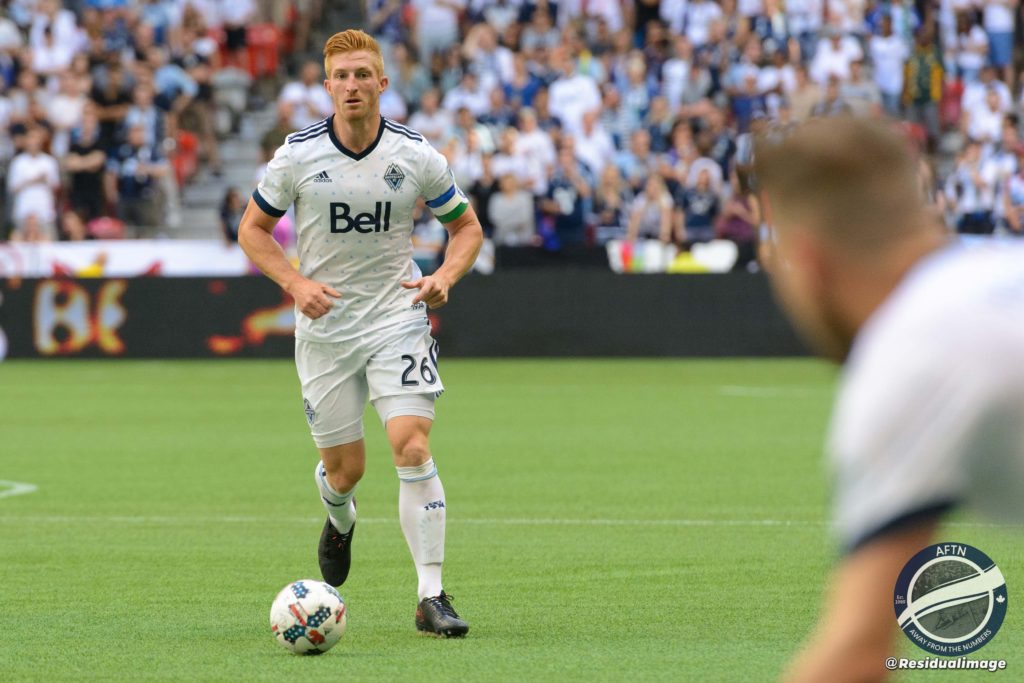 I still feel it would be a massive risk to play him on Sunday unless the ‘Caps are confident he’s either signing a new contract with them or he won’t be going anywhere any time soon.

It’s just a case of who might replace him, but Robinson has confidence in his replacements, especially new addition Aja, a player he has courted for a long time and one which he feels offers the team something that the other centre backs in the squad don’t.

“He’s very good on the ball,” Robinson said of Aja. “I watched him three years ago. It’s a small world because when I went down to try and find some players in Uruguay I liked Jose and I saw him but he was out of my reach and I ended up with Cristian Techera. Three years later and I end up with Jose as well.”

“It’s a great for us. Because of circumstance, we need to be prepared for every avenue, whether Timmy stays or whether Timmy leaves, and we are prepared for that. He brings an added dimension to the squad. He’s a talker, he’s very good on the ball, and he reads the game very well. I think he’s different to what we’ve got already in Kendall, Doneil, Timmy, and Maundy.”

It’s hard to see Parker’s future still being in Vancouver, especially with the way that his contract talks have now been played out in public. Someone may swoop in for him before the weekend, but there’s a good chance he’ll still be a Whitecap come Sunday.

That said, I also wouldn’t be surprised if he’s heading back east on the plane with the Impact after the match. Montreal were already linked with him prior to losing centre back Zakaria Diallo to injury yesterday. They’re down to their bare bones back there and trading to a team the ‘Caps would only be facing again in the Canadian Championship certainly makes a lot of sense.

This story has a few twists and turns still to play out.