The CSA finally confirmed the format and the initial fixtures for the 2011 Nutrilite Canadian Championship yesterday. 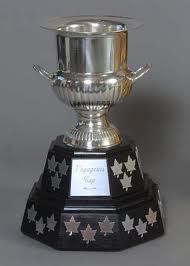 The details have been out there on the interweb for a while now. Nothing seemed official, but the speculation seemed certain. It would be seeded and Vancouver Whitecaps would play Canada’s shame in the semi final. And so it proved to be.

The round robin format is no more. There will be a pair of two-legged semi finals on April 27th and May 4th, both pitching a MLS team against a NASL team and with the winners of both ties advancing into a further two-legged final on May 18th and 25th. Then the Concacaf Champions League awaits.

Getting rid of the group part we can live with. We always prefer straight knockout Cup competitions anyway, preferably just over the one game. The whole seeding angle, not so much – at least not in it’s present form.

Fair enough, giving the two MLS sides a seeding. Many Cup competitions around the world do that and many give their top sides byes into certain rounds of the competition. We’re only talking about four sides competing here though and it’s an even 2/2 split between MLS and NASL.

Surely regional qualifying would have made sense? Why make all four clubs travel across the country FFS? How does that benefit the game in any way, shape or form? By having Whitecaps v Edmonton and Toronto v Montreal, you’d have guaranteed local excitement and more importanly, decent travelling supports. Make decisions to grow the game here you clueless fuckers.

The CSA has been in the news a lot recently and most of it hasn’t been all that positive. No wonder. Canada has fallen behind so many lesser countries as a footballing nation. Qualifying for a World Cup again seems like a crazy, far-fetched dream at times.

A major part of reversing those fortunes is a strong domestic game, producing a stream of home grown players that can compete at the highest level and, in an ideal but unrealistic world, stay playing in Canada.

I won’t go into all the pros and cons of establishing a strong domestic Canadian football league just now. It’s complicated, we’ve been there before and although I’m a huge footballing history buff and have looked into the various league incarnations over the years, I don’t feel properly knowledgable to fully comment on all the ins and outs, successes and failures of the past. I’ll leave that to some of my more learned Canadian chums.

Vancouver Whitecaps/86ers record of four consecutive CSL Championships from 1988-1991 is something that we should all be proud of and remember though.

With Major League Soccer now firmly established in the nation’s psyche, the chances of a top level Canadian league are growing slimmer all the time, especially as MLS will have three Canuck representatives from next season and who knows, maybe even more somewhere down the line.

What the CSA now have to do though is to make sure that at D2 level and below, the domestic game is as organised and competitive as possible and continues to grow and develop. The Voyageurs Cup has an important part to play in that.

Restricting the Cup to just four teams is just plain crazy and thwarts the chance for other sides to develop and for the game in Canada to truly grow.

I fully understand that the CSA want Canada to have a top representative in the Concacaf Champions League. They want to showcase Canadian football. To fully do that we need to have more than one representative and Concacaf aren’t going to give us that when the qualification involves just three or four teams.

What are the CSA worried about by opening it up? That a small PDL team like Abbotsford Mariners make it to the Champions League? It’s highly unlikely to happen, as we’ll discuss later, but would be fantastic if it did.

Inspiration for any Cup competition should come from England’s FA Cup. It’s been going strong since 1871, so I think they know a few things about what works, what doesn’t and what makes it the best Cup competition in the world.

The FA Cup now runs season long, from the early qualifying rounds in August which is full of lower non league sides, village teams and men watching the games with their dogs.

To me, that’s the real FA Cup and there’s a brilliant Real FA Cup website to back that up.

What makes the FA Cup special is the fact that as a supporter or a player of even the lowest side, you can still have that FA Cup dream. Look at today’s match up between Manchester United and Crawley Town in the 5th round. A non league side, going to Old Trafford, against the Premiership leaders and managing to hold their own for a lot of the game and only falling to one lapse in concentration at a set piece and the width of the crossbar.

It’s what dreams are made of. It’s what football should be all about and the CSA are cracking down and quelling those hopes like a middle eastern leader.

You don’t have to look across the pond to England for how it should be done though. You can look much closer to home and just south of the border to the US Open Cup.

Played every year since it began in 1914, the Lamar Hunt US Open Cup (to give it it’s full name) is a cracking competition and one which I feel most American football fans and the people running the clubs don’t value enough. They’ve got a great thing going there if they only realised that.

Their Cup is open to all affiliated teams in United States Soccer Federation which means MLS sides down to amateur pub teams. Although all the sanctioning wranglings this year will see the five NASL teams miss out, the Yanks have their domestic Cup running the way it should be in most reagrds – truly national and open to all.

The USSF obviously aren’t too concerned about the outside chance that a Hollywood United style side make it to the international stage to represent the US in the Champions League. They know it’s highly unlikely, but if it were to happen it would be a fantastic story that would have fans and the media from worldwide taking an interest. Publicity you couldn’t buy.

The old razzle-dazzle NASL sides in the 70’s and 80’s had no interest in the Cup and didn’t take part, which was a shame but a sign of their self interest and not a real desire to grow the game in the country. Full credit to the MLS though. Since their inception in 1996, their teams have taken part and have won it every year since, apart from 1999 when A League side Rochester Raging Rhinos shocked Colorado Rapids 2-0 to become the only minor league side to land the trophy in the last 15 years. 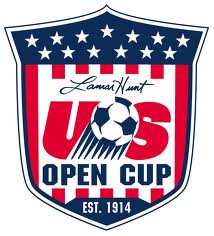 I’ve loved watching the streams of the US Open Cup in the last couple of season, even if a lot of the MLS supporters don’t seem that keen on it till the latter stages and a number of the MLS sides field weakened sides early on, which makes for some great “giantkilling”.

There’s been some cracking matches and some great shocks. Last season two USL-2 sides made it to the quarter finals and both of them put out MLS sides in the third round to get there.

The season before two USL-1 and two USL-2 sides made it to the quarter final stage, with Rochester Rhinos narrowly falling 2-1 to DC United in the semi final.

So could a truly national and open Voyageurs Cup work in Canada? Of course it could if the CSA adopted the same kind of rules for entry that the USSF apply.

Here’s how the USSF sorted out their 40 team field for the 2010 US Open Cup (taken from Wikipedia):

The tournament proper featured teams from the top five levels of the American Soccer Pyramid. These five levels, namely Major League Soccer, the D-2 Pro League, the United Soccer Leagues (Second Division and Premier Development League), and the United States Adult Soccer Association, each have their own separate qualification process to trim their ranks down to their final eight team delegations in the months leading up to the start of the tournament proper. The eight MLS clubs received byes into the third round, while the remaining 32 teams play in the first two rounds with brackets influenced by geography.

Almost perfectly done. My only complaint would be that I’d open it up to even more of the smaller teams, but I say that as a fan of the smaller sides and lower league football the world over.

It’s not only something that the CSA could do here, they MUST do it and do it soon.

Before Edmonton FC gained their spot in this years Championship, the word on the street was that the third tier Canadian Soccer League were pushing the CSA for their champions to be admitted. They should be, not just their champions but a number of their sides, along with PDL sides.

Maybe the CSA will get their act together one day. We won’t hold our breath.

In the meantime, we’ll just look forward to yet another meeting with the scum from the east and still harbour those Champions League dreams of having bags of piss thrown at us in Honduras!

I have a feeling that this year, those dreams are going to come true. Get those Whitecaps ponchos ready.