We hadn’t planned to have another ‘Football Shorts’ round up so soon but it’s been helluva busy couple of days! So we’ll shelf our usual ‘Friday Fun’ section for this week.

First off, we’re not sure about the name of the section any more. Do you like Whitecaps Football Shorts or what else could we have for a snappy round up of news and events? Leave your suggestions in the comments below…

********************
After all the off the field shenanigans we’ve had recently, it’s been nice to get excited about some on field happenings and it looks like we may have a striker. Maybe even more than one!

The Caps confirmed yesterday that Brazilian striker Camilo da Silva Sanvezzo is trialling with the team down in Arizona this weekend. Camilo is a 22 year old who already has a prolific track record, albeit not at that high a level of the game.

Starting his career with Brazilian Corinthians Alagoano’s famous youth squad. He moved to Malta for the 2009/10 season to join Qormi in the Maltese Premier League. His 24 goals in 22 appearances, including two hat-tricks, helped the club to third place, just missing out on a Europa League spot in a playoff against the fourth placed side.

Korean K League side Gyeongnam came in for him in the summer of 2010, but he only made 7 appearances for them and is now a free agent. He had been linked with TFC, but obviously if he wants to come to Canada, there’s only one real option.

Here’s a lengthy piece on Camilio. It’s not in English but you get the idea of his talents. If anyone wants to translate, then great!!

[youtube http://www.youtube.com/watch?v=PnvjhtO2exU&w=500&h=405]If things work out, will Camilo be one of the Caps designated players? Hopefully it does as he’s just what we’re looking for. A proven goal scorer who is young, has plenty of years left in him and will excite the fans. Fingers crossed we’ll see him in a full Caps jersey soon.

One is Ewerthon, a 29 year old Brazilian with 9 national team Caps in the early noughties and experience with Corinthians in Brazil and European clubs like Borussia Dortmund in Germany and Real Zaragoza in Spain. 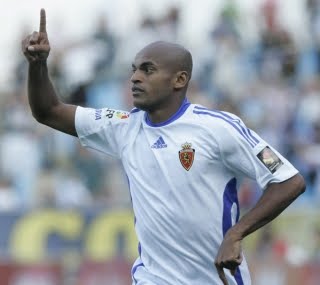 He was most recently back in Brazil with Palmeiras, but was released in January after scoring 7 goals in 21 appearances. In his 13 year playing career to date, he has made 323 club appearances, for 7 different clubs and scored 119 goals. That experience would be huge for the current Caps squad, so we’ll just have to see if there’s any truth in the rumours, although he has also been linked with Newcastle United in the English Premiership, where he is reported to have turned down a move just last week.

Talking of football clubs in the north east of England, one Twitter rumour was also linking us with former Middlesborough striker Jérémie Aliadière. Not sure of the validity of this but an interesting one to keep our eye on as he’s only 27 and has played at the top level in England and Scotland.

A more firm rumour seems to concern Hartlepool United’s Adam Boyd. The Daily Mail in the UK has mentioned the Caps interest and having been to Hartlepool, he’d be crazy not to make the move! Boyd has only made 5 appearances for the Monkey Hangers this season but has netted 89 goals in 295 career appearances in the English lower leagues. It would be a big step up in class for the 28 year old, so it’s a bit of a strange one to us. If he’s that good in England, it’s rare one of the Premiership and Championship sides haven’t already snapped him up.

This season the PDL will feature 64 teams in four geographic conferences and nine divisions. Teams will play 16 games and the Whitecaps boys find themselves in the Northwest Division of the Western Conference, alongside Abbotsford Mariners, Kitsap Pumas, Portland Timbers U23, North Sound SeaWolves, Tacoma Tide, Victoria Highlanders and Washington Crossfire.

The PDL postseason format will be announced at a later date. That’s always a worry!

Key dates to watch out for are when defending Champions Portland come a calling on Sunday June 12th (the day after the first team are in Seattle) and what could be an epic away day to the island on the long weekend of Saturday May 21st to play Victoria Highlanders. With the first team not playing that weekend, what better excuse do you need?

The residency will be playing the majority of their games at Simon Fraser Univeristy and kick off their 2011 campaign against Kitsap Pumas on Sunday May 1st at 4pm PST.

Try and get along to some of the residency games if you can and support the future of your Club.

********************
AFTN’s campaign to get Joe Cannon fired out of a cannon as part of the Whitecaps Countdown ‘Til Kickoff marketing blitz is gathering steam! Our twitter hashtag of #shootjoecannonoutofacannon has been getting a lot of airing and not just by us!

The campaign is backed by members of the Southsiders and a newspaper may be jumping on board to back it soon too!

We’re also trying to narrow down an official song for the campaign and are torn between Cannonball by The Breeders or Human Cannonball by the Butthole Surfers. We may give Joe a rendition of both down at the Cascadia Summit next month.

We’ve been trying to get Joe to comment on the marketing idea but so far to no avail. We can’t possibly confirm rumours though that that is because he is cowering under a bed making chicken noises!

A Whitecaps source told us that it was “unlikely” that Teitur would allow one of his players to undergo the stunt. We have some back up campaigns all set to go though in case this (or rather Joe) doesn’t fly – Wes Knight jousting; Shea “Speed” Salinas is placed on a bus travelling throughout the downtown core constantly at 80 kmph and has to find a way off; Bilal Duckett “dooking for apples” with fans; a Gershon Koffie morning; and Long Tan in some kind of bizarre sunbed challenge.

I would also like to personally challenge any member of the Whitecaps in a full 15 round battle of the UK gameshow “Countdown”. No one will beat me!

Hopefully Joe doesn’t think we’re just wanting to do this because we want to have Jay Nolly as our number one keeper. Although…

********************
Before we depart, I’d just like to give you a link to an interesting article I read about Why International Stars Should Consider Destinations Besides NY and LA. Some excellent points made. I wonder if anyone will listen.

Check it out, along with all of Matt Kieltyka’s blogs for the rest of the week, HERE. And leave some comments there so it doesn’t look a little bare!