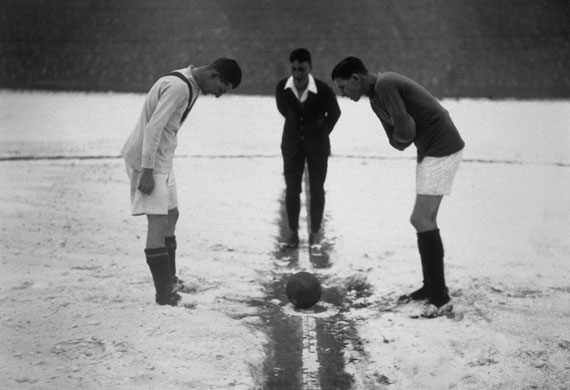 Last night was a good night for Vancouver Whitecaps U18 and U16 sides.

The older guys dominated, in a 4-2 win over Santa Cruz Breakers, and the young ‘uns wrapped up a well deserved 2-0 victory over their California counterparts.

Two good wins, but man, was it a cold night at UBC’s Thunderbird Stadium.

Just like being back watching East Fife for me mind you.

You haven’t experienced cold watching the fitba until you’ve taken in a game at the Fife’s Bayview Stadium or Arbroath’s Gayfield, where a scarf, a toque, thermal gloves and two pairs of socks become your standard matchday wardrobe.

Considering the temperature wasn’t even that bad in Vancouver last night, all things considered for Canada, I think it just goes to show how used we’ve all become to summer football and the warmer conditions it brings.

Aye, there’s not going to be any push for winter football here anytime soon!

So with that in mind, AFTN brings you “The Top Ten Signs That It’s Too Cold To Be Watching Football In Canada”:

(9) The BCAA had to jump start the referee

(6) You place second in a ‘Frosty The Snowman’ lookalike competition, cursing the fact that you forgot to bring your corncob pipe

(5) Instead of giving the opposition keeper the finger, fans give them the mitten

(4) I wouldn’t say the female ref was cold, but she nearly took your strikers’ eyes out with those

(3) People are going to watch hockey to keep warm