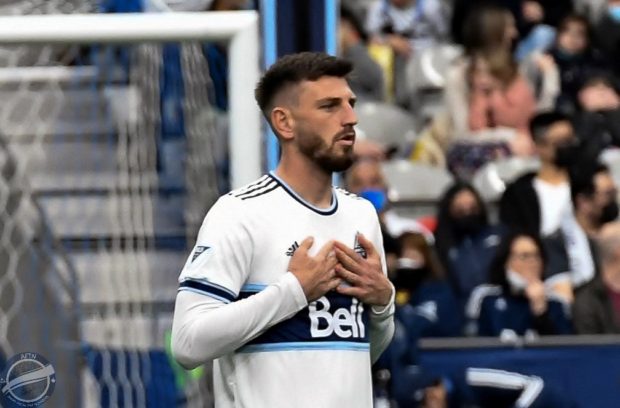 Sunday’s MLS match-up in Los Angeles is a good old top versus bottom clash as Western Conference table toppers LAFC take on cellar dwellers Vancouver Whitecaps in a game with a lot of emotion and a lot of potential drama attached to it, with some key personnel swapping sides and facing off against their old team.

When these two teams met at BC Place seven months ago Marc Dos Santos was the Vancouver head coach, Maxime Crepeau made six saves on the way to a 2-1 Whitecaps victory, and Tristan Blackmon was an unused sub on the bench for LAFC that day. The teams met again on league business in November, but I don’t need to tell you that oh my, how times have changed since that game in August.

A lot of focus on this weekend’s match will be on Crepeau and Dos Santos. The two, reunited again in sunnier climes, would love nothing more than to put one over on their former team. On current form, they very well might.

What shouldn’t be forgotten in all of this is that on the blue and white side will be a returning Blackmon, heading back to the team that started his professional career in the game and the place that he called home for four season until being traded to Vancouver, via Charlotte, in December.

“I’m really excited,” Blackmon told AFTN about his emotions heading back to his old stomping ground. “It will be an incredible atmosphere like it always is, so I’m really excited to go back.

“I actually had a conversation with one of my good friends, Tyler Miller, who also played there, about a week or so ago about his first time going back to the stadium. I think it will be a warm welcome, but I’ll start to realise what I’m up against because I’ve always been on the other side and now it’s like okay, this is what it’s like coming to a stadium like this.”

While it’s bound to be an emotional return for Blackmon, he wants to go back there and give a good showing of himself and the team. It hasn’t always been the happiest hunting ground for the ‘Caps, with some heavy defeats in the past, but Vancouver came away with two battling draws there last season and will be hoping for at least the same again this time around.

A look at the early standings, however, shows what a tough task lies ahead of the Whitecaps on the pitch. Factor in a fervent fanbase at the Banc of California Stadium, one of the best atmospheres in the league, and there’s a 12th man to fight against, something Blackmon knows all about having them in his corner these past four years.

“It was nothing like anywhere I’ve been,” Blackmon said of the LAFC atmosphere. “The fans, from before the kick off till after the kick off, just non stop. Always cheering the guys on, were always there for the team, win, lose, draw. It was an incredible environment to be part of for sure. Now, being on the other side of it, it’s going to be interesting.” 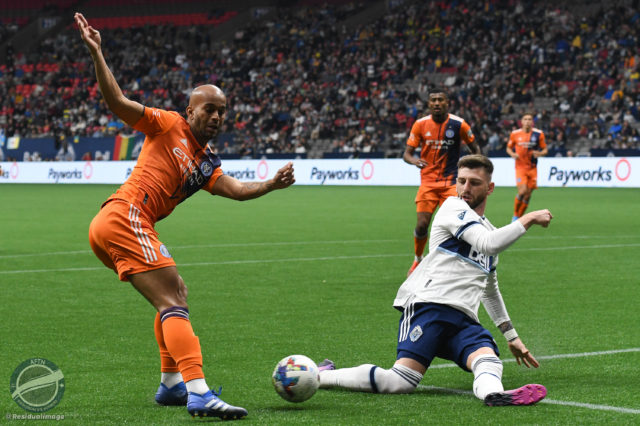 LAFC selected Blackmon third overall in the 2018 MLS SuperDraft, signing him to a MLS deal the following month. That draft day and the whole experience still gives Blackmon “the chills” just thinking about it and after four years and 64 MLS appearances there, he looks back fondly at his time in the City of Angels and what it’s meant to his development both on and off the pitch.

“I was opened up to a lot of things that I wasn’t aware of as a player at LAFC,” Blackmon told us. “They opened my eyes to a lot of different things. I definitely became more mature there as a player and as a person. The coaching staff definitely pushed me to another level. I learned a lot in my years there.

“It’s credit to the guys. Bob [Bradley] has always had a way of helping manage young players and putting them in a good way to develop. I definitely felt that when I was there, especially with the group of players I was around every year. Even though it changed, there was a core group that was there from the time that I was drafted that was always around me and always pushing me to be the best I could be and always challenged me from day to day, which made me a better player all around.”

Blackmon started to find himself out of favour at LAFC towards the end of last season, making only two starts in their last eight matches. After four seasons in LA, the 25-year-old was open to a change and when he found out on MLS Expansion Draft day that Charlotte FC were going to select him, then flip him to Vancouver, he was more than ready for a new chapter in his career.

“It’s a new opportunity for me,” Blackmon told us. “It’s a blessing to keep playing this game at this level. Basically, I just came here and wanted to work. I wanted to get in with the guys as soon as I could. It’s a little bit ways from home but this is my new home and I’m looking to make it that.”

Blackmon has started the season strongly for the Whitecaps and already looks like he is going to be a key defensive piece this year and beyond. His reward for that strong start has been a contract extension, with the centre-back inking a deal to keep him in Vancouver through 2023 with club options for 2024 and 2025.

Vancouver is going to be in his new home for a while, and the Whitecaps look set to reap the benefits of that.

*** You can hear more from Tristan Blackmon in Episode 503 of the AFTN Soccer Show where we talk about his early days in soccer, his debut, his first professional goal, and life in Vancouver ***