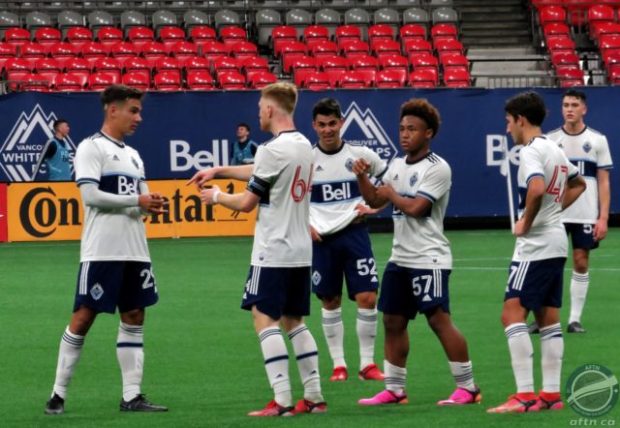 It was a sad day when Vancouver Whitecaps shuttered their WFC2 USL side at the end of the 2017 season. The team was a crucial link in the pathway to pro between the Whitecaps academy and the MLS first team and it’s a key component that has been crucially missing in the team’s development of young talent in the subsequent years.

Four and a half years later, WFC2 are back, in a new league and with a team rebrand planned for next year.

When Major League Soccer finally launched their U23 league, MLS Next Pro, late last year, the Whitecaps were one of the 21 teams announced to be taking part in the inaugural season. With the logistical and financial reasons that forced that decision to fold four and a half years ago no longer applicable when it comes to this new league, the Whitecaps can finally get their development pathway back on track, affording the club’s top academy talent a chance to prove themselves and get valuable competitive minutes in high level matches.

Whitecaps FC 2 will play 24 regular season games, 12 home and 12 away, across 26 weeks, beginning with a trip to Houston on March 26 and culminating on September 18. All of the Whitecaps home games will be played at Swangard Stadium in Burnaby, affording long-time fans the chance to reminisce of the fun pre-MLS days.

Led by head coach Nick Dasovic, Whitecaps FC 2 are allowed a 39-man roster consisting of 29 signed players and 10 players that can be added on amateur contracts. Players signed to the MLS roster will also be able to flit between the two squads.

Over the next week or so, we’ll be bringing you a series of articles to help you get to know the new WFC2 squad a little bit better, with full coverage of the team and the league on AFTN over the course of the season. The ‘Caps are slowly releasing the names of those players signed to the roster, so we’ll bring you a cluster of the signings in each article, kicking off today with getting to know five of them: 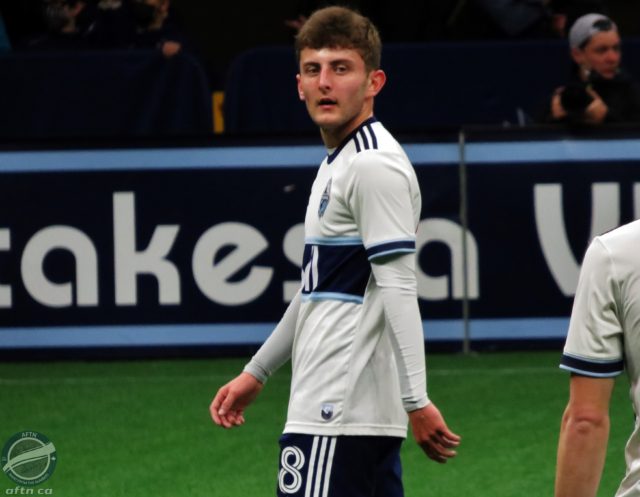 Central midfielder Owen Antoniuk has been a part of the Whitecaps MLS academy since August 2018, having transitioned from the ‘Caps Alberta Academy Centre out of Calgary.

Antoniuk has been a standout prospect from an early age, coming through the Calgary Blizzard youth program and representing Western Canada at youth level.

The 19-year-old two-footed midfielder was also part of Canada Soccer identification camps at U15 level and moved into the Whitecaps U23 development team last year, training with the first team squad on a number of occasions. 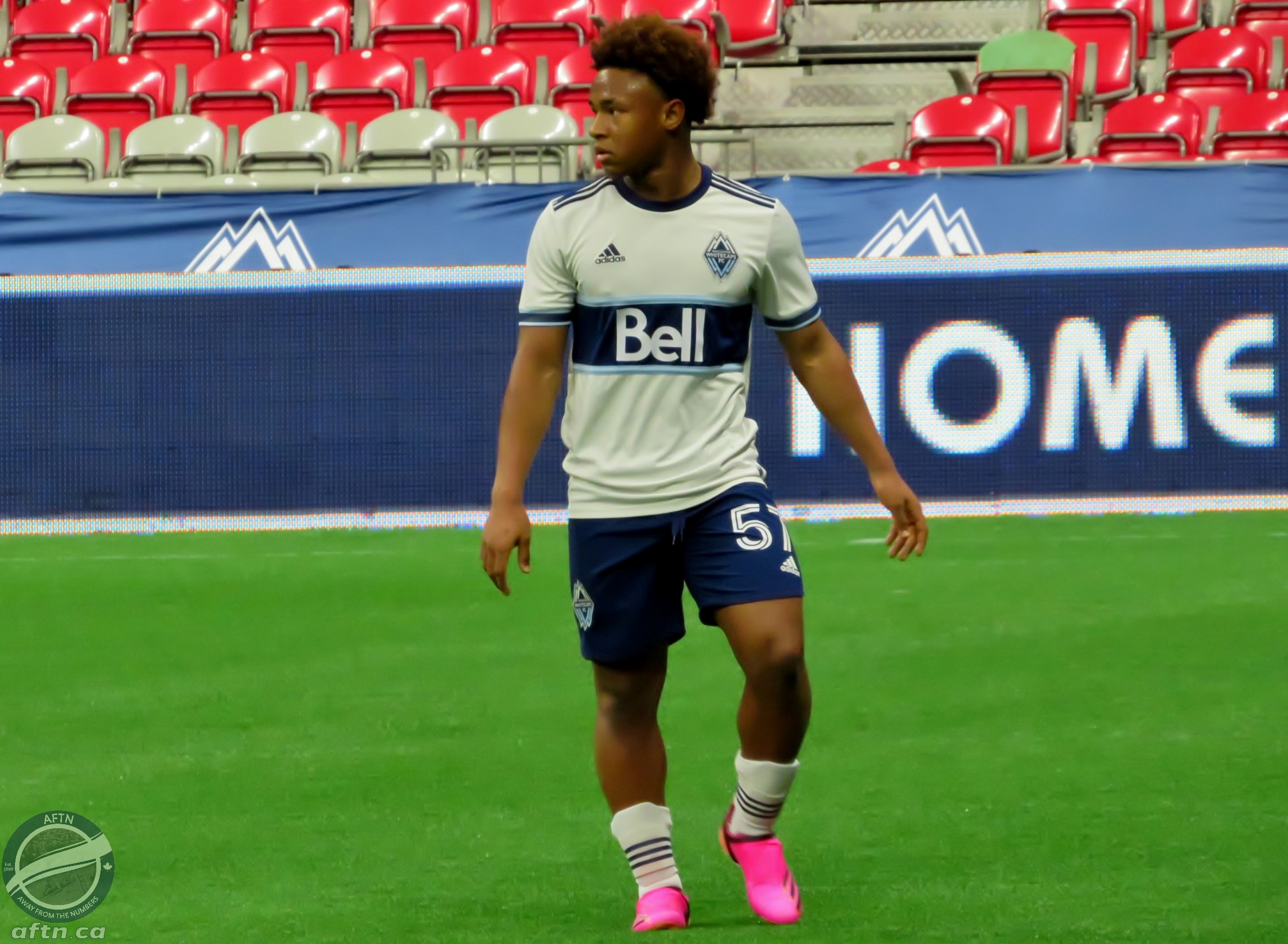 At 17-years-old, Elage Bah will be one of the youngest player of the WFC2 roster but he’s most certainly one to watch and has already turned heads within the Whitecaps organization since he made the move to Vancouver’s academy in August 2020.

Playing his youth soccer with St Anthony Futuro Soccer Acdemy, the Ottawa native primarily plays as a full-back and wingback on both sides of the park, but the versatile teenager can also play as a central midfielder and a winger, so it will be interesting to see where the ‘Caps see him settling into positionally.

Bah was a starter in the recent Blues v Whites preseason intersquad match, where he played a left wingback role, and was a regular for the ‘Caps U23 development team last season, along with playing with the ‘Caps U19s in FVSL Premier Division this past season, where he scored a couple of goals.

With attacking play and an eye for goal (he led the 2019 Ottawa East Region Soccer League summer season at U15 level with 28 goals), Bah has been highly touted for a few years now, and impressed on a youth tour in England where he played against Bristol Rovers, Cardiff City, Swansea City, Southampton, and Leicester City.

A very popular player in the locker room, I’ve only seen Bah play a few times so far, but I’ve definitely liked what I’ve seen and looking forward to seeing more of him at the higher level. 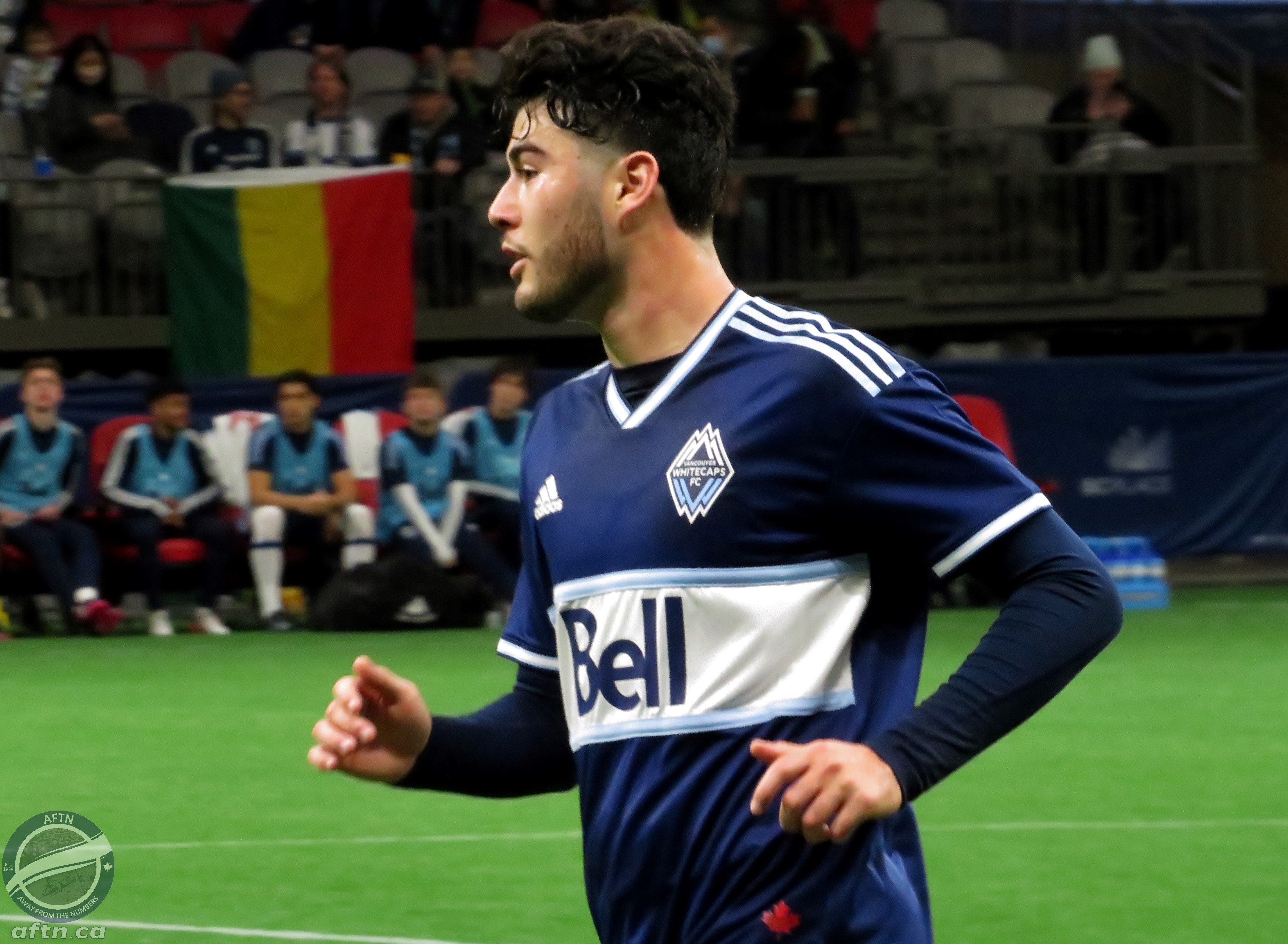 Emiliano Brienza has been within the Whitecaps system since 2018, becoming the first academy player to sign a MLS Next Pro contract at the end of last month, along with a four-day short term deal with the first team, making his pro debut in the opening day loss in Columbus and giving a good account of himself in his brief time on the pitch.

The 19-year-old forward came to the Whitecaps after a successful spell in the BC Soccer Premier League (BCSPL) with Mountain United and immediately impressed the ‘Caps management, earning a place in the 2021 and 2022 preseason camps.

Expectations were high that Brienza could sign a MLS Homegrown Deal last year, but unfortunately a preseason injury derailed that path and the Mexican born attacker saw time with the U23 development team instead, playing, and impressing, in a number of friendlies, which included this first half hat-trick against FVSL champions FC Tigers last summer.

Brienza will add some versatility to the “Caps attack and can also be used as a midfield playmaker. He certainly has an eye for goal and having progressed through the U17 and U19 teams into the U23 set-up now, it will be interesting to see his development at this next level. 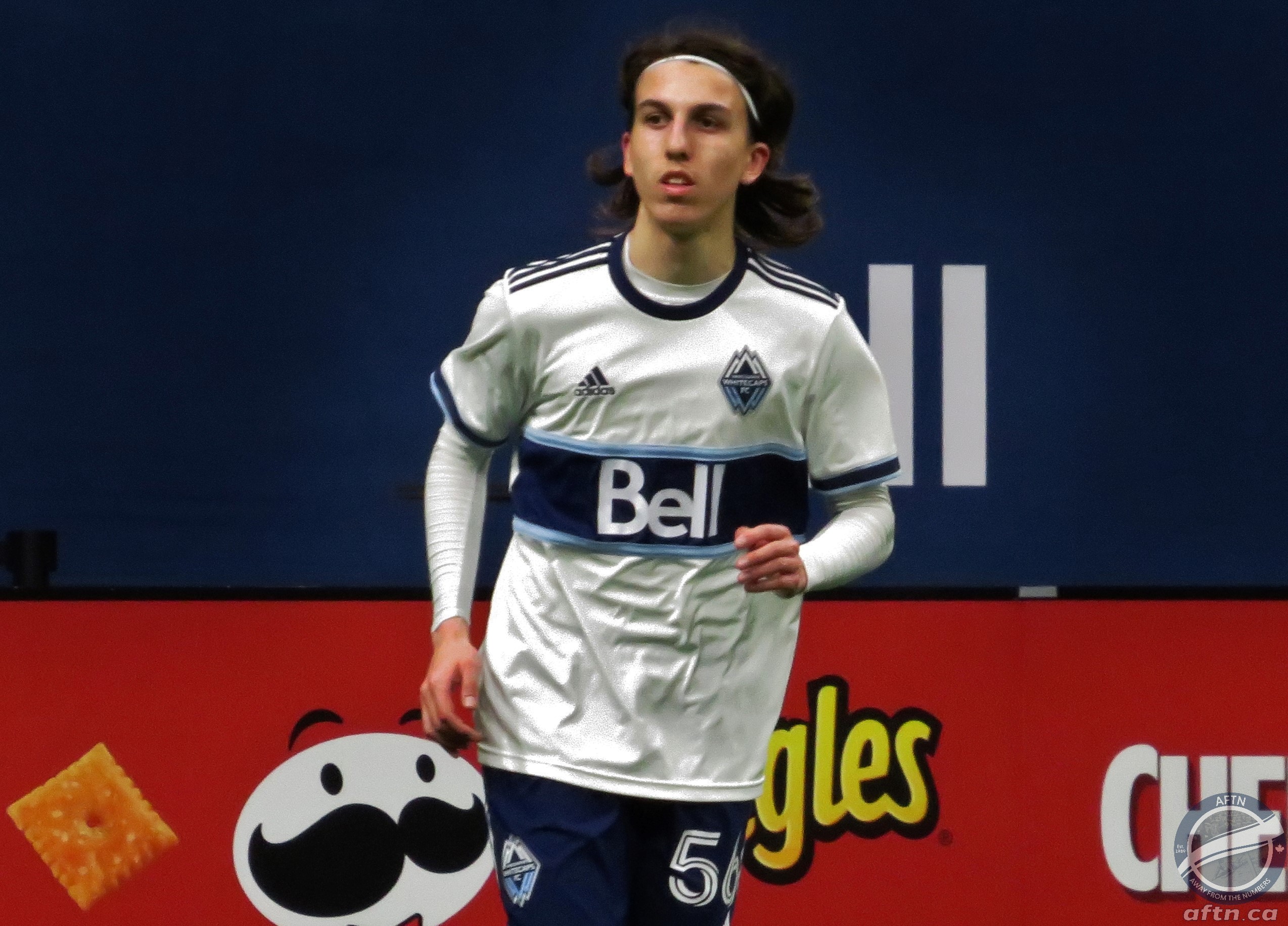 Lucas Dasovic has been with the Whitecaps academy since August 2020, following in his father’s footsteps and becoming a professional footballer by signing his first pro deal with WFC2 this week.

The 6-foot-2 ball playing centre-back had a stellar career with BCSPL side Mountain United prior to coming into the Whitecaps, winning the 2017 U15 and the 2019 U17 provincial titles with them.

Dasovic has been with the U23 development team last year, playing in the majority of their friendly matches, and was a starter in the recent Blues v Whites preseason intersquad game at BC Place, where he formed a solid defensive partnership with Cristian Campagna, holding the ‘Caps MLS team to just one goal.

This will be the highest level that Dasovic has played at to date and it will certainly be interesting to see how he handles to pace and aggression of opposition players outside of the youth ranks. From what we’ve seen of him so far, I wouldn’t expect the latter to be too much of an issue. Not sure about the Alice band though! 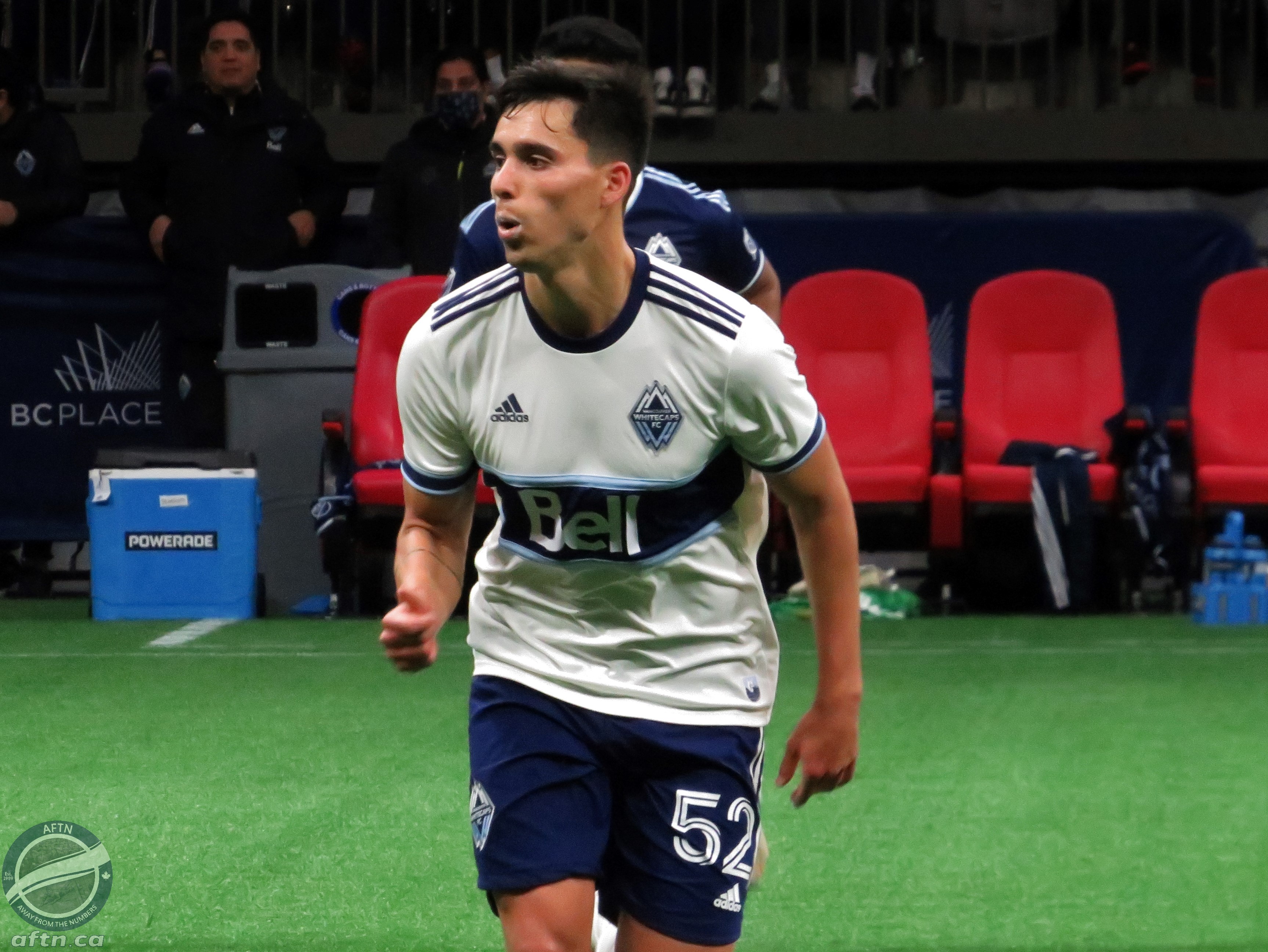 Dual Peruvian-Canadian midfielder Vasco Fry spent his early formative years with the academy of Lima based side Sporting Cristal, spending three and a half years with them before joining the Whitecaps academy in August 2018 when his family moved to Burnaby.

The left-footer was a key player for the Whitecaps U19s during the 2018-19 USSDA season, scoring 10 goals in 20 appearances, impressing enough to sign for the ‘Caps U23 development team in July 2019.

First up, Vasco Fry with another banger for the U-19s #ArribaPeru 🇵🇪 #VWFC pic.twitter.com/6Dab55KaKy

His potential has been clear to see for a few years now and he earned two caps with the Peru U17 national team and was part of their squad at the 2017 U17 South American championship tournament, making one sub appearance against Paraguay.

Pursuing a major in Business Management at Capilano University, Fry can play a central midfield and left midfield role and was one of the U23 players brought into the Whitecaps’ preseason camp this offseason, featuring in the matches against Club Tijuana and San Diego Loyal.

Like many in this WFC2 squad, Covid disruption has meant that Fry has had limited opportunities to show what he can do at the higher level so far. He was playing in the VMSL for FC Tigers in 2020 before the season was curtailed, helping the team to six wins out of six, and this season will certainly be a key one in terms of the future road travelled for the 21-year old.