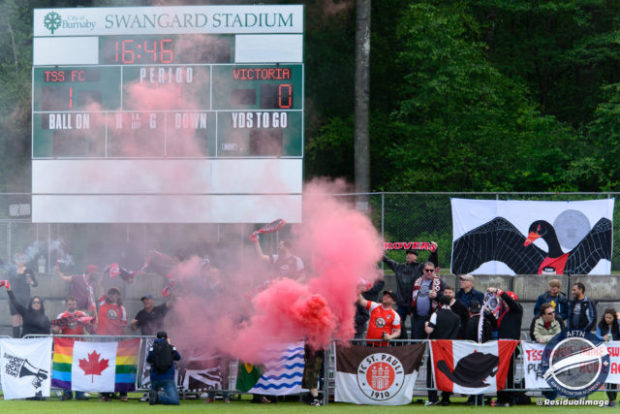 For many football fans, owning part of the club they love and support is a dream. For some, it’s already a reality. And those dreams will now be a reality here in Canada as TSS Rovers get set to publicly invite supporters and football fans across the country to become co-owners from Tuesday.

Fan ownership is still a very rare concept in North American football, and where it does exist it is primarily at a lower league level. The US are ahead of us here in Canada in that regard, but terms of ownership vary considerably.

USL Championship side Detroit City FC are one of the higher profile teams to have supporter ownership, but that has been limited to 10% and those shares sold out in less than five days. USL League 2 side San Francisco City FC are 51% supporter owned, while NISA’s Chattanooga FC have raised around $900,000 in selling shares of the club to supporters around the world.

In Canada, Victoria Highlanders dabbled a little bit in it back in 2013, when the club changed their organizational structure to allow for 30% fan ownership. The following year, season ticket holders became members of the Victoria Highlanders Supporters Society, which owned the 30% and had two board members on the nine-man executive committee. This was to prove short lived, however, and when the club came back from a brief hiatus, that model was shelved.

Canadian Premier League side Valour FC are technically fan-owned with their parent club, the CFL’s Winnipeg Blue Bombers, being community owned., but TSS are looking to go beyond just token investment and the waving of a paper certificate to say you are an owner. This is all about proper partnership in the club, with voting rights, a voice on the executive board, and a real way to be a part of the development of the club and the sport in this province.

“The genesis of this was over a few pints many moons ago, some four years ago now,” TSS FC Rovers General Manager Will Cromack explained to AFTN. “It was always part of what this club wanted to accomplish to legitimise real partnership with our supporters, with our players, with our coaches, and with everyone that was ever involved.

“That they could not just emotionally play a role, but that they could move forward as someone who had a voice and that that voice could really matter because they had a voting share. We managed to get it over the line and we are a real company – Rovers Football Club Ltd.” 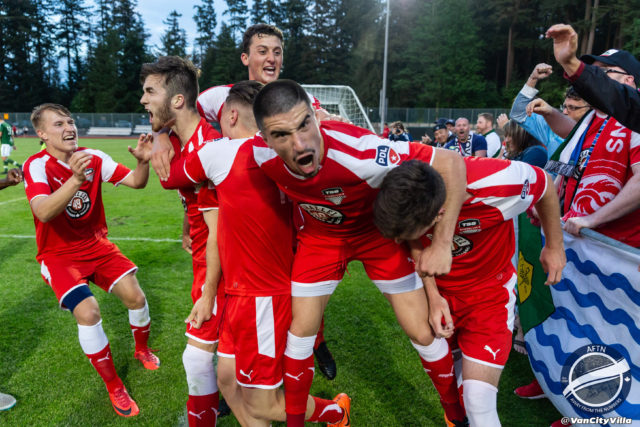 But owning a piece of TSS Rovers is a little bit different to many other club supporter ownership models.

This isn’t in the style of the disastrous MyFootballClub project that nearly put English non-league side Ebbsfleet Town out of business a few years back. This isn’t real life fantasy football. You’re not picking the team and being managers from afar. You’re not in this for a cheap one or two year annual fee then walking away when you get a bit bored of it all, taking the much needed daily running capital of the club with you. This is actual share ownership of a football club. This is actual investment in the game we all love.

A number of football clubs encourage fan ownership through membership of a supporters trust. English League One side AFC Wimbledon are one of the best and longest examples of such a model. I have been an owner of the club for well over a decade now. Likewise at East Fife through their Supporters Trust, which I proudly helped set up.

With the Dons Trust, you remain an owner as long as you hold an annual membership. That gives you part owner status through a block of shares purchased by the Trust and the club is fully supporter owned and operated. At East Fife you have lifetime membership once you join, with no other necessary financial output unless you want to add to a fund to buy more shares when available, but the Trust hold a very small percentage of the club.

And while TSS Rovers do have an active supporters trust, Spirit of the Rovers, this share issue is not to buy into the club via that, but to actually personally own a share of Rovers Football Club directly. You buy a share and you’re an owner till you sell that share.

“We’re offering real shares in a company,” Cromack expanded. “This is not a Kickstarter campaign. This is not a Go Fund Me for buying some new soccer balls. It is legitimate that you own a football club in a country and we’ll be the first one of its kind in our country.”

The share issue had a soft launch in November, with existing family, friends, and partners of the club given access before the general public. 49% of Rovers Football Club Ltd. shares in their men’s and women’s League1 BC teams will be available for community ownership, valued at a minimum of $300,000 and a possible maximum of $550,000. As of today, the day before the public launch, 19% of those available shares have been purchased through 73 investors.

To put that in financial terms, the club have completed $57,505 of share purchases, with a further $12,455 pending and processing, which will take the share issue up to nearly a quarter complete.

It’s a fantastic endorsement of what the Rovers means to so many people in the local scene, with many current and former players having bought a piece of the club.

For TSS co-owner and Technical Director Colin Elmes, the club has come a long way from being outsiders looking in and fighting for a seat the table within the BC Soccer and Canada Soccer communities to now becoming a key and important staple of the local soccer scene and a founding member of the new League 1 BC, with the club already proving to be a stepping stone for a number of young players who have gone on to play, and win trophies, in the pro ranks in MLS and the CPL.

“Most of this, honestly, is surreal,” Elmes told AFTN. “Sometimes I look around and think to myself we were just this little soccer academy providing technical support to players. When you think about some of the challenges we’ve had over the years and now to have basically a top to bottom U23 all the way down to U11 club all playing in what you would call the top leagues at each of the levels that the teams are in. If someone had said that to me five years ago, I would have said not a chance.

“But there’s lots of work still left to do. Can’t spend too much time looking in the rear view mirror and patting yourself on the back. We’ve got to get the [L1BC] teams up and running, make them competitive, get the operations tighter and more efficient than it’s ever been. So yeah a few moments spent giving ourselves a few round of applause, but mostly focus on what happens next.”

Individual shares will be available for $265 each through Frontfundr.com/tssrovers and will be available to all Canadian residents, with proof of identity and liquidity required. The latter meaning it has to be funded from a bank account and not just stuck on your credit card.

The shares will also be available to supporters outside of Canada but you have to be classed as an “accredited investor” and go directly through the club by emailing investors@tss.ca.

There will be four share level options available, each providing ownership in both TSS Rovers men and women’s League1 BC teams: 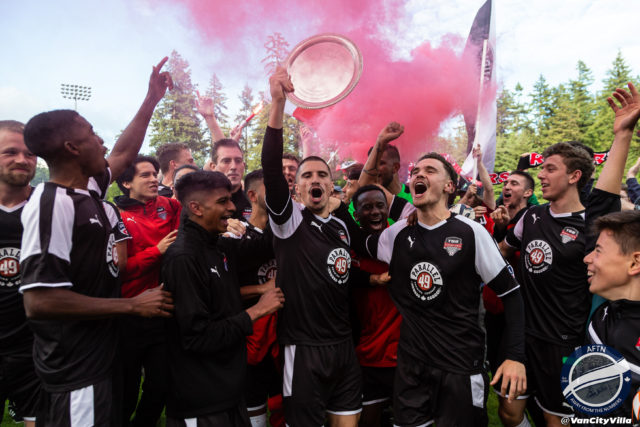 For those familiar with supporter ownership in other football clubs through supporters trusts, especially those in the UK, the investment amount may make many stop and take stock. Yes, it is a higher price. This isn’t a small token annual fee you pay to say you are an owner. This is the purchase of a full share and a proper investment into a football club. Not to make money, but to grow the club and the game here.

No other future investment or payment is required unless you want to buy any other shares down the line. Once you buy your share(s), that is you an owner until you sell that share.

The cost may prove prohibitive to some, but for those who do invest, Brenton Walters from the Spirit of the Rovers Trust knows it’s a great opportunity to grow an already strong footballing community.

“Supporting the player development part is this huge idea for me of giving the players that we want to cheer for, giving them a real path, a real opportunity to become pros in this game. These amazing stories of players that have already been through the ranks at Rovers that have gone on to pretty amazing things. That to me is a phenomenal thing.”

*** We’ll have more on the TSS Rovers share issue and their plans for L1BC in the next AFTN Soccer Show that will be out later this week. We’ve been proud media partners of the Rovers since day one and we look forward to continuing that partnership as owners now! ***