By the time Vancouver Whitecaps take the field at BC Place on Saturday to face Colorado Rapids, fans and players will know whether we’re battling for that all important 17th spot or have already clinched the berth and can just have a day of fan appreciation and “fancy dress”.

New England Revolution will shape our afternoon on Canada’s east coast when they take on Toronto FC at 9.30am PST.

Of course it would just be like TFC to fuck things up for us and force us to go out and beat the 2010 MLS Champions to stop us having the ignominy of finishing dead last in the League, for the first time in our history.

In the grand scheme of things, whether we finish last or second to last, doesn’t really matter too much. We’ve had a crap season either way.

There’s just something psychological about not finishing as the worst of the worst. 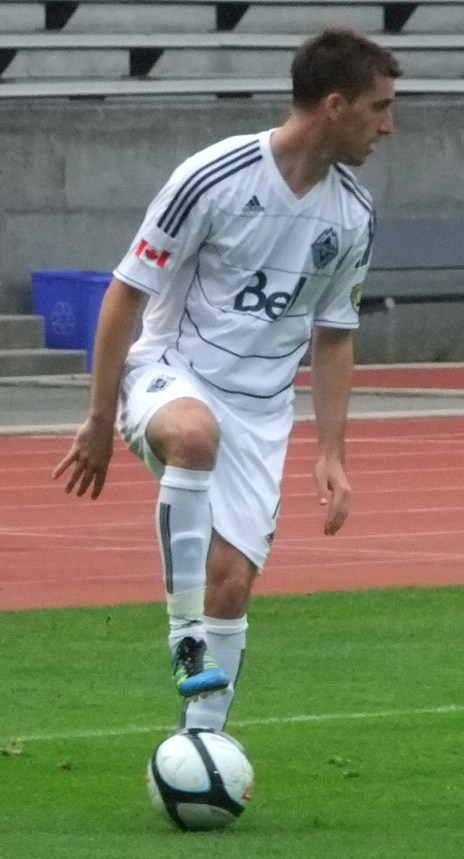 We’ve covered ad naseum now our desire to see as many of the younger players as possible get given a run out in this season’s final games. Our pleas, both here in AFTN and in our Metro column, have fallen mostly on deaf ears.

Long Tan is the only one of our “Six To See” that we have actually seen getting a chance to start games. I think we can all agree that’s been a success.

Omar Salgado has made the bench, but Alex Morfaw, Michael Nanchoff, Bilal Duckett and Philippe Davies haven’t been given a sniff, although Davies was dragged for a pointless trip to Dallas at the weekend.

Why take him to these places and not play him?

We’ve asked before, we’ll ask again. What do these guys have to do to get given their chance?

Well, it looks like nothing is going to get them it this season.

When speaking about Davies, Tommy Soehn told the Vancouver Sun on Monday:

“It’s not like we don’t know what he’s about. We’ve been training for a whole season. We’ll look at how it goes this week … We’re still going to put the most competitive team on the field.”

The game against the Rapids means nothing.

Even if he is clinging on to those 17th place hopes, to avoid wearing the dunce’s hat at the next managers meeting, then surely if TFC do the business on Saturday, then we have no other real goal to achieve, and giving Davies some gametime minutes is a must. The Revolution losing may be his only chance. I doubt he will get a start but he needs to play and for more than just 5 or 10 minutes.

It’s common sense – obviously not two words that have followed the Whitecaps or Soehn around this season.

Seeing a player in training is completely different from seeing them play in a competitive game in the top league in the country. Davies has already excelled in the NASL last season and the PDL and MLS reserve league this year. To have no minutes this season is baffling and anti young Canadian talent!

A Twitter campaign has been launched by fans to make sure that Philippe Davies plays some MLS minutes this season, and it’s a campaign that has the full backing of AFTN.

It’s already got people like Pete Schaad talking about it, so please get the message out there and put pressure on Soehn to see sense and do something for the fans this year.