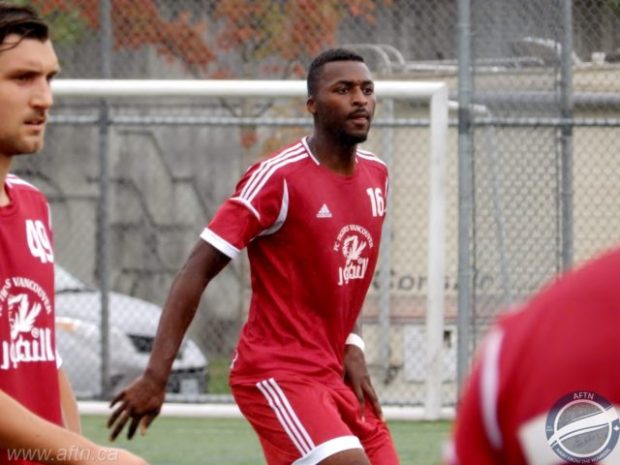 After a few days of beach and trail work in Tofino, Pacific FC were back on the training pitch in Victoria on Tuesday morning, with a number of new and familiar faces joining the training camp as they look to flesh out their roster for the rapidly approaching inaugural Canadian Premier League season.

With 15 players already signed, squad places are at a premium, with most CPL teams expected to carry a roster of between 20 and 23 players. In Pacific’s case, a number of those remaining spots look likely to go to defensive players, with just two goalkeepers and three defenders currently signed up for the season ahead, along with eight midfielders and two forwards.

Six of the trialists in camp are defenders:

The additions of Gindo and McCurdy to the camp are not entirely unexpected with Pacific’s coaches taking in a number of Rino’s and CCB VMSL Premier matches this season to watch the pair, and some others.

Part of the 2017 CCAA Championship winning VIU Mariners side, Irishman McCurdy and islander Merriman are already well known to the Pacific coaching staff. The Mariners are coached by Bill Merriman, father of Pacific FC assistant coach James, and Chris. Merriman also plays his club soccer on the island for VISL side Nanaimo United, while McCurdy has been very impressive this season for VMSL Premier leaders CCB LFC United.

Gindo is a dominant presence on the backline. The 6’5” striker turned centre back spent his college career up front with Trinity Western Spartans. After helping Langley United to last year’s Provincial Cup final, where he scored two goals in a losing extra time effort, Gindo decided the best chance he had of making it in the pros was to reinvent himself in the defensive role, joining VMSL Premier side Rino’s Tigers this season where he has looked strong, and learned the position well.

McCurdy and Gindo have also seen time in the PDL with Victoria Highlanders, and are fighting for a place on the roster alongside the only other centre back currently signed, German Hendrik Starostzik. At least one of them you feel has a shot unless they have a more experienced guy lined up for the position.

He’s by no means the finished article, but is definitely the kind of player that would thrive in a full time professional environment and we’re really interested to see how he shapes up in Victoria this preseason.

Jake Ruby (pictured below) is an interesting name on there. The previously highly touted former Whitecaps Residency fullback left the ‘Caps program this season while he decided where his footballing future lay. Capped at youth level for Canada, he’s one for the future, and would provide much needed right back cover for Kadin Chung.

The two unfamiliar names on that list of defensive players, to us anyway, are Keith and Seven.

Keith is the son of former Victoria Vista forward Simon Keith, who played two seasons with the Vistas in the Canadian Soccer League in 1989 and 1990, after spending his college career with UVic Vikes. That connection would certainly be a nice nod to Victoria’s footballing past if Keith can make the Pacific squad this season. His father is a legend on the island, having become the first athlete to play professional sports following a heart transplant, which he had in 1988 while at UVic.

Seven is a 20-year-old French centre back who is currently without a club after spending just over five months with Romanian side ACS Foresta Suceava this season, and prior to that he was with KSV Oudenaarde in the third tier of Belgian football.

The other three trialists in camp right now have been playing in the VMSL:

Camara heads back to BC after graduating from SFU Clan this year. The exciting forward was selected in the second round of the MLS SuperDraft by San Jose Earthquakes, and was initially thought to be getting loaned to USL side Reno 1868, but that all appears to have fallen through and he’s back home trialing with Pacific.

Hundal is very well known in Victoria and BC soccer circles. The current assistant coach with UVic Vikes, Hundal played his college career in Victoria and has played PDL with both the Whitecaps U23s and Highlanders, and trialed with Phoenix Rising in the USL. He won the treble with Rovers Tigers last season, and was an influential player in their lifting of the VMSL Premier, Provincial Cup, and National Trophy. His experience would be beneficial to the side, and he certainly still has the skills to get a shot in the pro ranks.

Shun Takano is another member of that 2017 CCAA Championship winning VIU Mariners side and was playing his club football with Mid Isle Mariners of the VISL before transferring to the VMSL in January. A roommate and teammate of McCurdy and Pacific signing Victor Blasco, the chemistry is already there for the winger as he tries to make an impression. 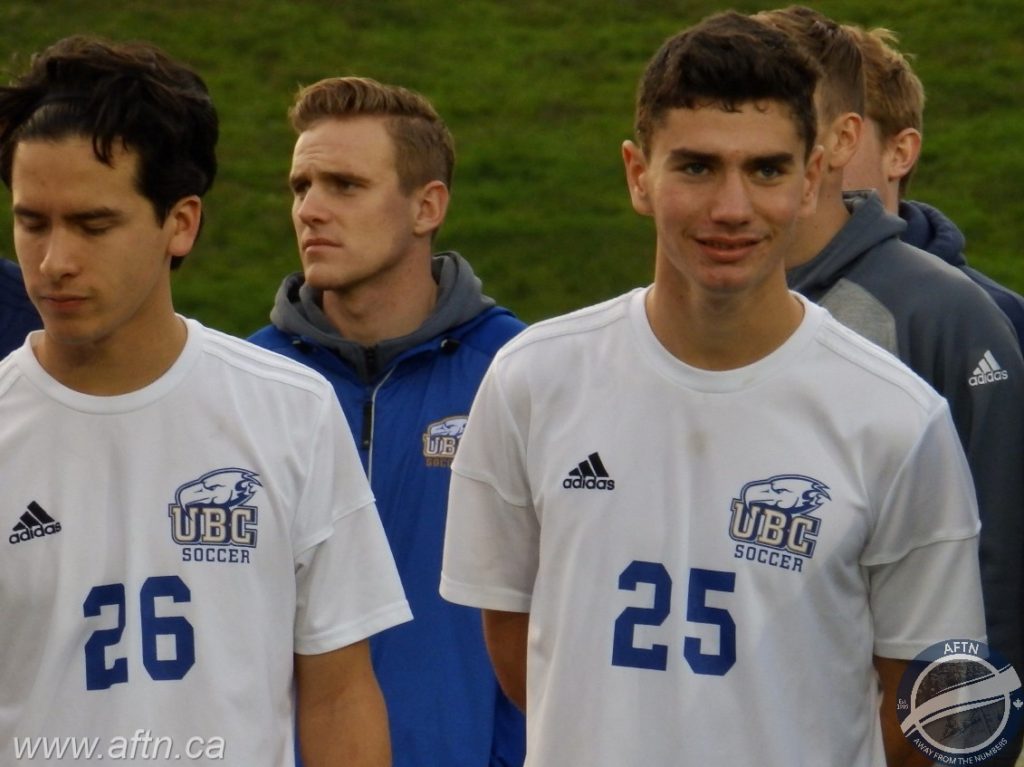 Pushing all of these guys for one of the last few spots on the roster will be Pacific’s three U Sports draft picks.

Thomas Gardner, Nick Fussell, and Zach Verhoven, have all shown their skills over the years with the Whitecaps, TSS Rovers, and most recently at UBC. But all three are attacking players, although Fussell can also play the defensive midfield role, and the Pacific roster already has a lot of players in those positions that may affect their chances of making the roster this season, which could be good news for TSS Rovers at least!

With just over six weeks until Pacific FC play their first ever CPL match at home to HFX Wanderers FC, head coach Michael Silberbauer and his management team will be keen to lock down their roster soon, while also leaving scope for future additions down the line, so it will certainly be interesting to see how many of this dozen will make the grade.

Pacific Prospects: VMSL players worth a look from Pacific FC and the rest of the CPL

Pacific Prospects: Vancouver Island based players worth a look from Pacific FC