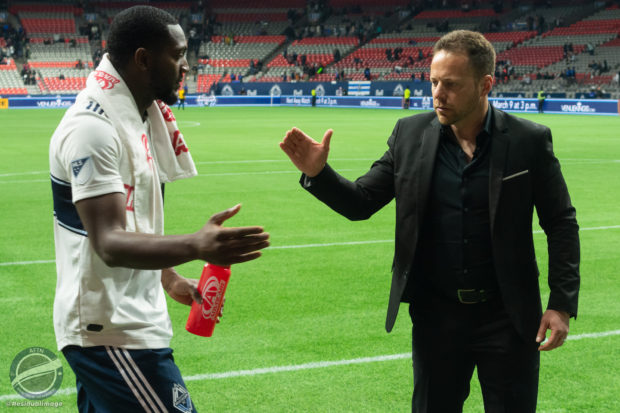 2018 was something of a special year for the Canadian men’s national team. A surprising thing to say perhaps, considering Canada weren’t at the World Cup in Russia, it wasn’t a Gold Cup year, and no silverware was competed for or won. But in many ways we can look back at last year as a key one in the road to establishing Canada as a footballing nation that can compete on the world’s stage.

Young players such as Alphonso Davies and Ballou Tabla made moves to two of the world’s biggest clubs. Some, such as striker Jonathan David, broke through in leagues around the world. While others committed their international futures to Canada.

All of that was taking place while head coach John Herdman set about putting in place a strategic plan and vision to connect all levels of the national team from youth to senior level, with an eye firmly set not just on the hosting of the World Cup in 2026, but on getting Canada there to compete in Qatar in 2022.

Let’s also not forget that in amongst all of that, there were actually some football matches played. It wasn’t all without speedbumps along the way for the youth teams in terms of World Cup qualification, but the senior side finished 2018 unbeaten, with four wins out of four, including three in the new CONCACAF Nations League qualifiers.

A great achievement, but perhaps even more so was the fact that Canada didn’t give up a single goal in those matches. Four games played, 15 goals scored, and four clean sheets kept. Impressive, and as Herdman named his 23-man squad for Canada’s final CONCACAF Nations League qualifier against French Guiana in Vancouver on March 24th, he’s targeting another strong overall performance, especially on the defensive side.

“Clean sheets are important to this group,” Herdman told reporters on a conference call on Tuesday. “They were able to go through 2018 without conceding a goal and that’s a defensive target for this group to maintain that defensive solidarity.”

Helping with that is Marc Dos Santos’ rebuild in Vancouver, that has seen Canadian goalkeeper Maxime Crepeau and centre back Derek Cornelius join fellow defender Doneil Henry at the Whitecaps. 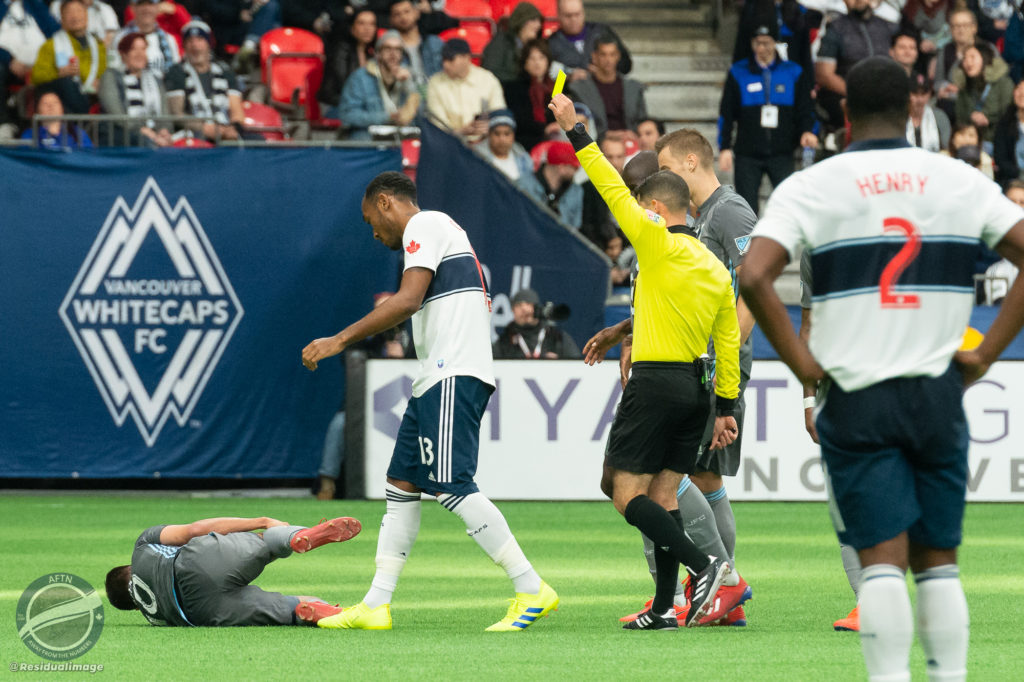 With left back Brett Levis also in there, along with oft defensive midfielder Russell Teibert, the Canadian connections at the back, in both matches and training, shouldn’t just help the Whitecaps in terms of chemistry and cohesion, it should also provide a massive boon to the national team at the same time.

“I think we were all hoping that the back four in that first game was going to be Crepeau, Levis, Cornelius, and Henry,” Herdman said. “That would have been an absolute treat for Canada. But the fact that they are training together every day, that’s important. They’re at a very good club with a Canadian coach who understands about international realities and he wants to see these guys do well.

“I know there’s always going to be this pressure at the back of Marc Dos Santos’ mind, with him being Canadian, in giving these players their shot, and to be fair, through the preseason these players have been getting a lot of minutes.

“It’s just such a good opportunity for us, especially with these guys being quite young as well. They’re able to evolve together and help each other along. And the fact we’re playing at BC Place, they’ll understand that turf and know the landscape. There’s just a lot of positives.”

A view firmly shared by long time Whitecaps and Canadian national team player Teibert, who has already seen the benefits first hand and is excited to see what the Whitecaps Canadian connections will mean to the national team moving forward.

“I think it’s great, no matter what team you’re on, to have that cohesiveness and game understanding,” Teibert told us. “So if you’re around that person, around that player, around that team, day in and day out, you’ll learn their tendencies both on and off the field.”

Teibert, Cornelius, Crepeau, and Henry were all named in Herdman’s squad for next Sunday’s qualifier. Teibert has missed the start of the MLS season due to injury, but was an unused sub for the Whitecaps loss at Real Salt Lake at the weekend. His three Canadian defensive teammates have all seen action in the first two weeks of the new season. 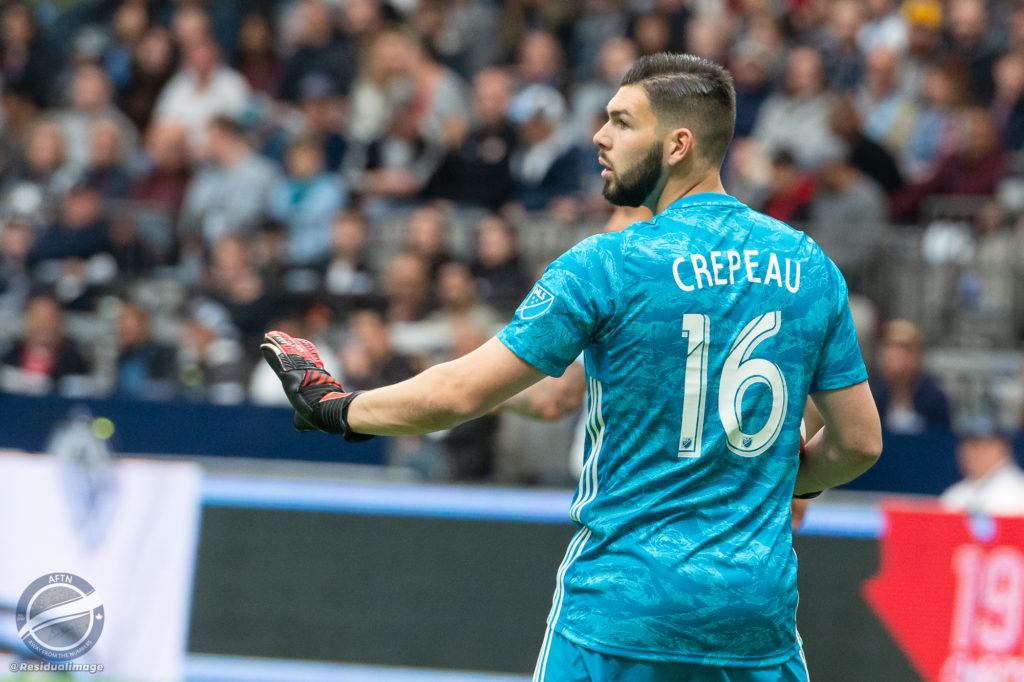 Crepeau has claimed the starting goalkeeper’s spot in Vancouver, and although Milan Borjan is the clear number one for Canada at the moment, he’s already built up a strong understanding with Henry and Cornelius over the Whitecaps preseason if he were to be called upon.

The centre back pairing of Henry and Cornelius have looked good together, and although the latter has been displaced by Argentine Erik Godoy for the ‘Caps to start the season, that chemistry built up over the preseason and every day at training will carry over into the national team environment.

The pair played together in two of last year’s Nations League qualifiers, looking solid together in the clean sheets, and Henry is delighted to now be able to be a mentor for Cornelius at both club and country level.

“[I’m delighted] with what John has implemented in the national team with me and what he expects,” Henry told AFTN. “It’s a bunch of guys playing together for the first time in a lot of positions. Derek is a young centre half and has all the tools to be great. Me being a little bit of a more experienced one, I can help him along the way.

“That’s what I wish I had when I was growing up and coming through the youth levels, and even in Europe, that I had an older centre back that wanted to actually see me do well and kind of put me on their shoulders and taught me the ropes.” 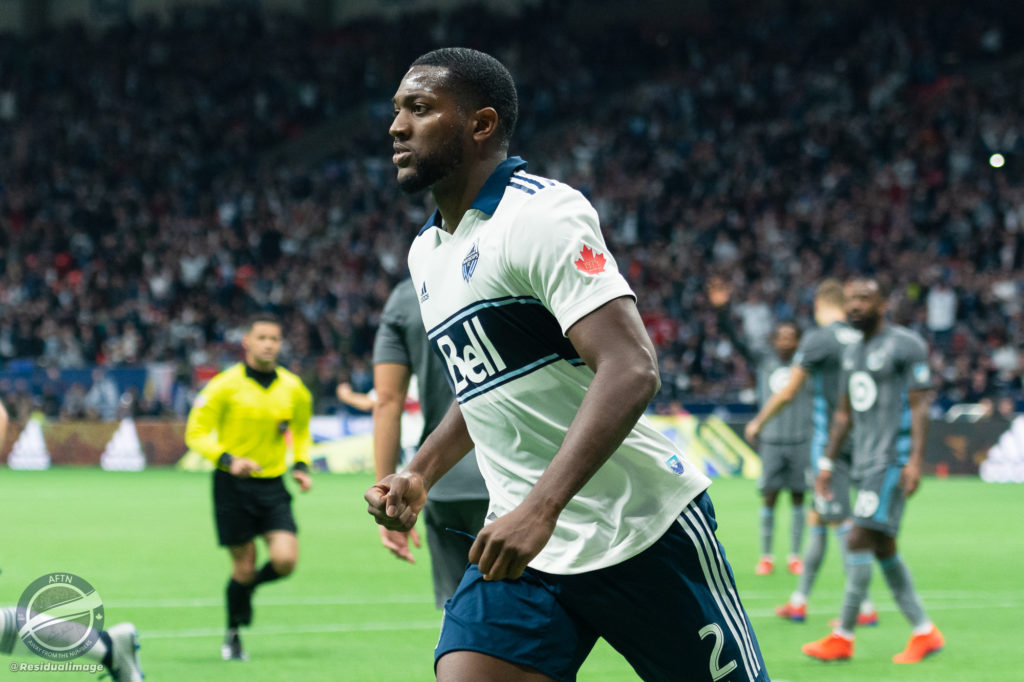